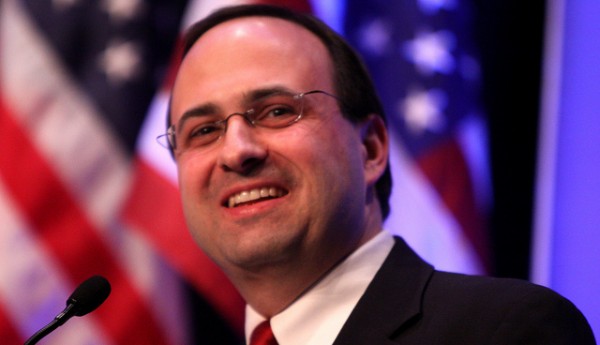 From the video description:

Paul Gottfried, longtime veteran of the American Right and foe of the yawn-inducing “conservative movement,” discusses the significance of what has become known as the “alt right.”

1.) I haven’t heard from Paul Gottfried in years. I used to read his articles all the time at VDARE. I’m assuming that is mainly because there is just so much more content out there now than was the case back in the 2000s. It is a much bigger scene now.

2.) In the early 2000s, there was an “Alternative Right” that hated George W. Bush and was alienated from mainstream conservatism. At the time, we inhabited vBulletin messageboards like The Phora which I ran from 2001 until 2006. We discussed a mix of rightwing discourses on any given day drawn mainly from paleoconservatism, paleolibertarianism and White Nationalism.

3.) Gottfried is correct. In the Bush years, there was an “Alternative Right” of older paleocons and libertarians who were on the outside looking in at the neocons in Washington. At the same time, there was a younger generation of Gen X’ers and Millennials who were in their twenties and who were congealing into the “Alt-Right.” Unlike the older paleocons, we were much more influenced by White Nationalism, Nietzsche, Foucault, the European New Right and so on.

4.) As the Alt-Right evolved online, it began to interact with new dissident elements like the Men’s Rights Activists and Neoreaction which emerged in recent years.

5.) From 2008, the Alt-Right as exists today began to congeal into a self-conscious online scene. I first met Richard Spencer and Greg Johnson in 2009. AlternativeRight.com was launched in 2010. By that point, the main players already knew each other in the real world.

6.) In the early 2000s, the nascent Alt-Right was alienated from George W. Bush and mainstream conservatism. In 2001, I started out with Pat Buchanan, quickly discovered White Nationalism, and soon afterwards discovered American Renaissance, VDARE and LewRockwell.com. While I was in college, I plunged into history and philosophy and moved from Nietzsche to Foucault and postmodernism to Alasdair MacIntyre and Aristotle in roughly that order. I also spent a lot of time studying Old South and became familiar with Robert Barnwell Rhett, John C. Calhoun, George Fitzhugh, etc.

7.) According to Michel Foucault, discourses are “systems of thought composed of ideas, attitudes, courses of action, beliefs and practices that systematically construct the subjects and the worlds of which they speak.” This is how I think of the Alt-Right. It is a discourse which we have constructed in online communities and at real world conferences from a variety of sources. It has grown organically in spaces we have created. It continues to evolve to this day as new people interact with it. Pepe, for example, wasn’t associated with the Alt-Right until the last few years.

8.) As for the welfare state, I really don’t believe in abstract universal principles, so I don’t believe it has the same consequences across all human populations. Since I also believe human populations differ in a variety of ways, it seems reasonable to me that the welfare state in Iceland and Nigeria would produce different outcomes. At least I wouldn’t be surprised to see that.

9.) Paul Gottfried is an expert of the American conservative movement. I was never involved with that movement. Quite honestly, I didn’t find it interesting enough to study. At this point, I think lots of young people involved with the Alt-Right never joined or identified with conservatism.

10.) I would agree that White Nationalism is at the core of the Alt-Right. We approach economics and foreign policy from the perspective of its impact on White people. Is this foreign policy in our interests? That’s the sort of question the Alt-Right would ask while neocons would appeal to “principles” and “values” like human rights which are allegedly universal.

11.) In response to Paul Gottfried on White Nationalism, a.) we don’t believe in holding together to the Right, b.) whiteness was the core of American identity until the late 20th century, c.) we have actually been very successful in delegitimizing the Lügenpresse, d.) we believe it is essential to recognize the ethnic nature of the “multicultural Left” because this really isn’t a new problem and e.) finally we have been more successful than paleoconservatism.

12.) As for White Nationalism not going anywhere, all I can say to that is stand back and watch. Now that White Millennials have children of their own and have been forced to confront the realities of the multiracial integrated public school system, that is rapidly changing.

13.) President Trump humiliated the mainstream Right. What’s more, we’re nowhere near as isolated as the paleocons. We have smartphones and social media and can easily fight back against mainstream narratives. If that wasn’t the case, President Trump would have been taken out a long time ago. We don’t need a television station to propagate our discourse at the expense of the “mainstream.”

14.) Speaking for myself alone here, I don’t read print newspapers or magazines. I get the vast majority of my information online. My 2-year-old son has a tablet.

15.) Even the SPLC agrees that the idea that White Nationalists are “totally marginalized” is laughable. There is no such thing as the “mainstream” anymore. The “mainstream” was a product of the consolidated media environment of the late 20th century. Ultimately, it was based on control of television and the ability to confer “respectability” on some discourses while ruling others out of bounds as “fringe.” The “mainstream” is dead as a doornail in the world of Twitter and YouTube.

16.) In response to Tom Woods, the Alt-Right is concerned with a number of issues like identity, cultural collapse, demographic change and so on that have been neglected by conservatives and libertarians. They really haven’t addressed these issues. By and large, they have chickened out.

17.) In response to Paul Gottfried, we can make due without the resources of the mainstream conservative movement because media platforms are so cheap now. It would be nice to have more paid writers. I would certainly love to get paid a salary to do this. Would you say though that Jonah Goldberg or David Frum in 2017 have the same influence and legitimacy within the Right that they enjoyed in 2003?

18.) We can easily compete against National Review and The Weekly Standard. As Tom Woods points out, the average National Review subscriber is 66-years-old. Young people aren’t even reading these cucks. In reality, they are at the nadir of their influence.

19.) Infowars is a prime example of how we don’t need a television network to influence the masses. We can exploit video as a medium without needing our own FOX News.

20.) We’re not “more and more isolated.” That’s not how the rightwing media ecosystem works. Just look at Breitbart or UK Daily Mail. Both of those websites push our narratives for us. I don’t even have to write about how refugees are destroying Europe because the popular website in the UK is doing it for us. They are pushing our narratives because the “mainstream” is dead and their audience has moved toward us.

21.) As this interview progresses, it becomes increasingly evident that Gottfried is 17 years behind the times. He can’t imagine paleocons having any cultural impact short of a sugar daddy creating a paleo version of FOX News. The average FOX News viewer is 68-years-old though. Tucker Carlson Tonight is so popular because it caters to a younger demographic that is already immersed in our narratives.

22.) Breitbart can disavow the term “Alt-Right,” but if it is pushing narratives that you would have found seven years ago on, say, Stormfront it is nothing but semantics. It is arguing over a label.

23.) Gottfried continues to be obsessed with “acquiring resources.” Anyone can exploit WordPress, YouTube, Twitter, Facebook, Periscope and other social media platforms for free. You can also sell your own books on Amazon. Some of the brands like Paul Joseph Watson have hundreds of thousands of followers. He doesn’t even live in the United States and influences our politics.