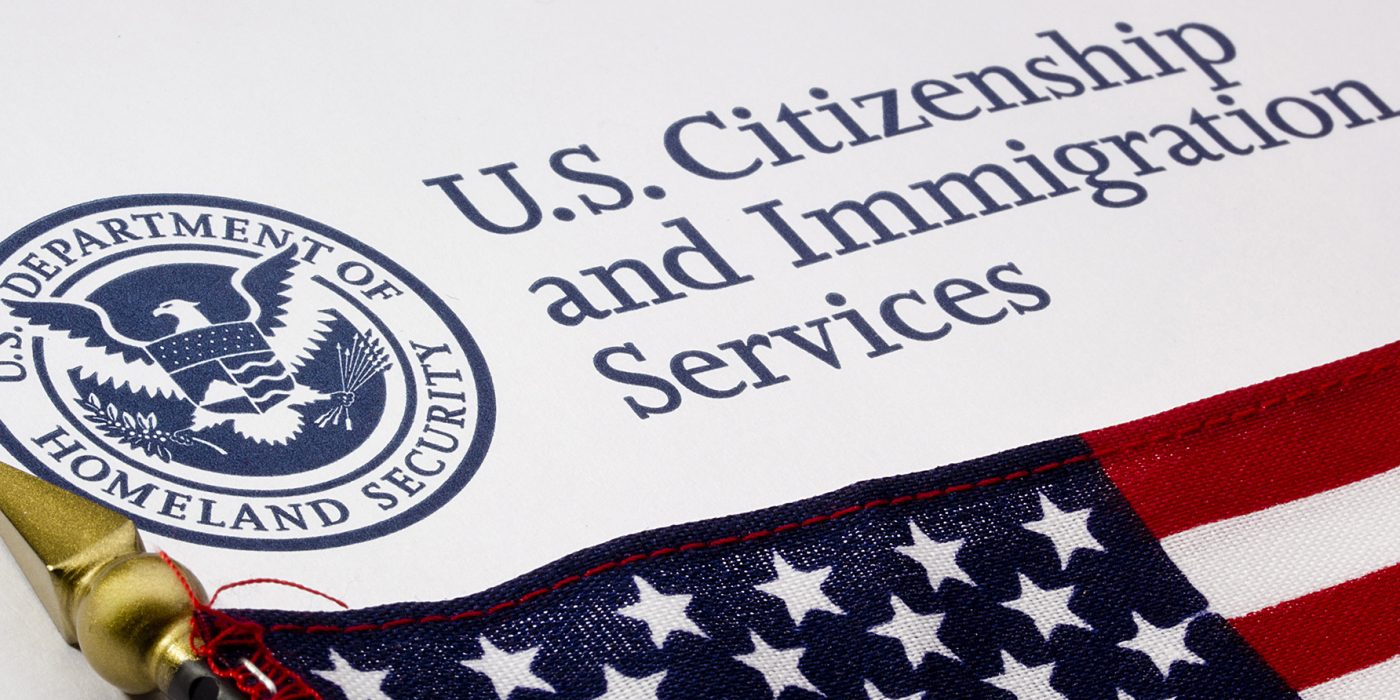 …thanks to decades of mass unfiltered immigration from the third world. Because then there won’t even be an America left for immigrants to assimilate to. It will have become the perfect, soulless, late stage capitalist corporation, where you get an email every two weeks reminding you that your company culture exists, which consists of a logo, a slogan, and pictures of happy, diverse people sitting around computers or tables. Is that the world you want to live in?

President Donald Trump’s address to Congress featured a very, foreign shall we say, approach to immigration reform. The idea that the United States should focus on high-skilled immigration and explicitly reduce low-skilled immigration is not something popular with the manager class of the United States. Since the national origins quotas were ended in the 1960s, immigration to the United States has not been a program of demographic balancing but of social justice and virtue signaling. No matter how alien, how dependent, or how unemployable, everyone around the world was invited to fulfill Emma Lazarus’s poem on the pedestal of Lady Liberty, to create Israel Zangwill’s melting pot. Family unification (as if we are responsible for immigrants leaving their families behind) or diversity lottery visa programs (yes, actually a real thing) were America’s immigration goals, not Australian- or Canadian-style points systems.

But the latter sound increasingly plausible if this is what Trump’s speechwriters are feeding him:

Protecting our workers also means reforming our system of legal immigration. The current, outdated system depresses wages for our poorest workers, and puts great pressure on taxpayers. Nations around the world, like Canada, Australia and many others — have a merit-based immigration system. It is a basic principle that those seeking to enter a country ought to be able to support themselves financially. Yet, in America, we do not enforce this rule, straining the very public resources that our poorest citizens rely upon. According to the National Academy of Sciences, our current immigration system costs America’s taxpayers many billions of dollars a year. Switching away from this current system of lower-skilled immigration, and instead adopting a merit-based system, will have many benefits: it will save countless dollars, raise workers’ wages, and help struggling families — including immigrant families — enter the middle class. I believe that real and positive immigration reform is possible, as long as we focus on the following goals: to improve jobs and wages for Americans, to strengthen our nation’s security, and to restore respect for our laws.

In other words, Trump’s immigration policies are less of a social experiment in how much ethnic fracturing and wanton despoiling of our accumulated wealth is sustainable and more of what the Democrats are going to call “discrimination against Hispanic and Latino communities.” We all know high-skilled immigration means White people!

Now as an evil racist Trump supporter who knows a thing or two about these things,  allow me to clarify:

First of all, all immigration policies involve discrimination. It’s a lot like dating. There’s a reason you turn down one person for someone else (or no one), often multiple reasons. And as in love, you are going to have to live with these people for a long time if you say yes. By choosing who to date or marry, you chose who not to date or marry. By choosing who is allowed to immigrate, you are choosing who is not allowed to immigrate. Of course, you could just allow anyone to enter at will without restriction, but that would imply your government is no longer sovereign over its territory. Such an open policy means you essentially have no freedom to choose and are at the mercy of the choices of others (who do not have your best interests in mind, only theirs). You must consent; you are not allowed to discriminate. The implications are unsettling if applied to other spheres of interpersonal life, so why is immigration—the peopling of your community—treated any differently? Someone has to win and someone has to lose. The losers this time are Mayan peasants and Arab medievalists.

Second, we have no obligation to admit people simply because they want to be admitted. Suppose I wanted to visit France as a tourist but could not afford to go. You’d tell me to save my money so I could make the trip someday, or go to EPCOT. Now, suppose I wanted to move to France with no means of affording it, and stay there permanently. You’d laugh. But that’s pretty much the current immigration policy of the United States. Now of course, we don’t let everyone in who wants to come, and we don’t catch everyone who comes in illegally. And not every immigrant is on welfare, no, but immigrant-headed households receive public welfare at a higher rate than native-headed ones (especially if non-Whites are disaggregated). But this notion that foreigners, let alone destitute foreigners, somehow have a right to access the United States and receive cash transfers from us simply because they want to, and that suggesting this should not be so makes you morally repugnant, is absurd. If the United States is a sovereign country, it does not have to open its gates to everyone who walks up to them, and it certainly does not have to donate its public resources to people who are not part of our commons.

Third, high-skilled immigration is merit-based, not race-based. Cry racism against Hispanics and Latinos all you want, it’s not our fault that most high-skilled immigration comes from elsewhere. And speaking of elsewhere, it’s not all going to come from Europe either, not by a long-shot. This is not a “White supremacist” policy. This is in fact the opposite; it is a policy where anyone can be qualified. Most of the immigrants this policy would net are in all likelihood going to be East Asian or Indian, which should make for interesting debates about racism given that Asians are the census-defined racial group with the highest median household income per capita in the United States. In simple English, Mr. Chang makes more money than Mr. Smith, because his skills pay more. Racism is privilege plus power right? Now, you’re probably going to say one of two things, that Asians [the highest earning group] are people of color and therefore not racist [or powerful], or that immigration restrictions are based on racism, maybe both.

The sharper leftists will then pivot and say that there is a paternal, model-minority sort of racism to willing to accept high-earning Asian immigrants but not poorer (and darker-skinned) Hispanic/Latino, Middle Eastern, and African migrants. But if we wheel back to points one and two, we see that we should be allowed to as a country pick and choose who we want to let in. The Constitution and our laws do not apply to people who aren’t even inside the United States yet. And since the requirements of a merit-system are not race-based, crying racism is futile.

But you know what, maybe they are on to something. Saying this group of totally alien outsiders are okay because they have money and this other group who are equally foreign are not acceptable is a little crude. Maybe we should focus on countries which are the least foreign in terms of culture, language, heritage, society, and economic development relative to the United States and then pick from their populations who we let in. If race is as important as we are told it is in America, maybe we should listen. I mean, wouldn’t it just be terrible if all those high-performing Asian immigrants had to experience racism from the under-performing White natives? Is that the society you want to live in? Race- and ethnicity-based immigration policies might actually give us better results, because the people selected would have the least difficultly fitting in, and more importantly we would not be basing our criteria on something as cold and mercenary as “Do you provide economic value to our country?” We’d have to truly ask “Can you belong here?”

This has been done before. When people say immigration restriction is un-American or spout other anti-native nonsense, they are ignoring the Northern European character of most immigration from 1600-1890, and the explicitly pro-Northern European immigration quotas enacted from 1921 to 1965. If anything, restriction is an American tradition, not open borders. What Trump proposes then, is in fact rather milquetoast. He wants to tighten up the requirements for sure, but very little thought seems to be given beyond economic concerns regarding labor and internal job competition and wages. These are important issues to be sure, and they are the issues that win elections. But they are not the issues that make or break nations. Those issues are going to become increasingly unavoidable as the country tilts towards becoming “minority-majority” thanks to decades of mass unfiltered immigration from the third world. Because then there won’t even be an America left for immigrants to assimilate to. It will have become the perfect, soulless, late stage capitalist corporation, where you get an email every two weeks reminding you that your company culture exists, which consists of a logo, a slogan, and pictures of happy, diverse people sitting around computers or tables. Is that the world you want to live in?

TopicsDonald Trumpimmigration
Share on FacebookShare on TwitterShare on RedditShare on VKontakte