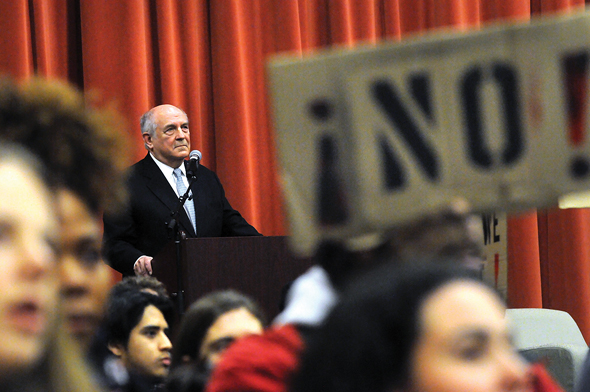 Charles Murray Was Attacked By Snowflakes At Middlebury College

I wasn’t aware The Tolerant Left had taken it this far:

“As Stanger, Murray and a college administrator left McCullough Student Center last evening following the event, they were “physically and violently confronted by a group of protestors,” according to Bill Burger, the college’s vice president for communications and marketing.

Burger said college public safety officers managed to get Stanger and Murray into the administrator’s car.

“The protestors then violently set upon the car, rocking it, pounding on it, jumping on and try to prevent it from leaving campus,” he said. “At one point a large traffic sign was thrown in front of the car. Public Safety officers were able, finally, to clear the way to allow the vehicle to leave campus.

“During this confrontation outside McCullough, one of the demonstrators pulled Prof. Stanger’s hair and twisted her neck,” Burger continued. “She was attended to at Porter Hospital later and (on Friday) is wearing a neck brace.” …”

We’re the “bigots” though!

What does the word “bigot” even mean anymore? The term originally meant a fanatic, an irrational person, who was unable or incapable of engaging a person with another point of view.