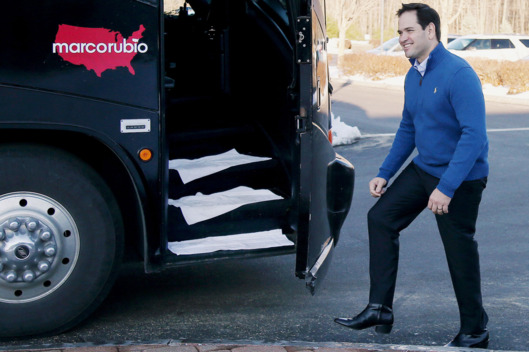 “Sen. Marco Rubio said Wednesday that he thinks it’s “going to be difficult” but that it “is possible” to make progress on immigration reform under President Donald Trump. …

Rubio, speaking to Fox, endorsed Trump’s points on law enforcement and making the immigration system more merit-based. After movements on those two fronts, Rubio suggested, “then you can do something very reasonable with the people who have been here a long time who are not gang bangers, who are not criminals, who are not a threat to public safety.” …”

Why not just call it the Rubio amnesty? That’s what it is.

They haven’t really done shit on immigration. The Muslim ban was struck down by the courts. The Wall has been ordered, but hasn’t been built. Not the first time either. They’ve stopped talking about overturning Obama’s DREAM Act amnesty. Aside from deporting a few hundred illegal aliens, nothing has changed. It was Obama’s policy to deport illegal aliens while leaving other ones alone.