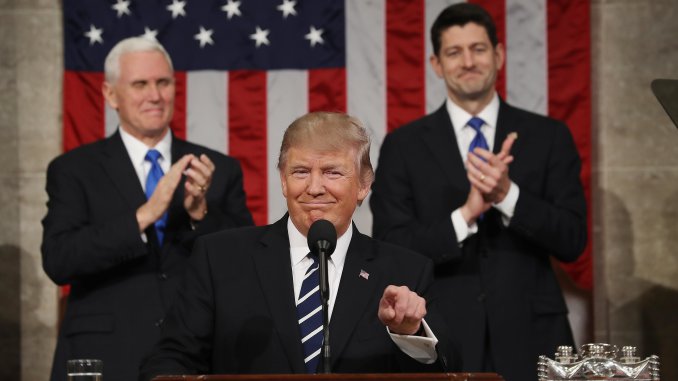 If you were wondering why President Trump didn’t sound like himself last night, the answer is the two men behind him and the audience that was assembled before him:

What I picked up this AM…
-WH planned for "indoor voice"
-But also wanted to push nationalism
-So a change in style, no change in policies

Their view is that Washington–media and congressional GOP–simply wanted Trump to tone down and talk up a few normal R things. So he did.

Some sources in WH are frankly surprised at how pundits are warming to the speech. Say Trump has not changed, no big shift in policy coming.

Reminder: Congress is full of “normal Rs” and we need fewer of those people in 2018. Once again, they have unified control of the federal government and have almost nothing to show for it.

Note: BTW, ‘Civil Rights Icon’ John Lewis boycotted his speech. Multiple Democrats wore white as part of protest for “women’s rights.” They also spent much of last night attacking Sen. Joe Manchin for not being as disrespectful as the rest of the Democratic Caucus.