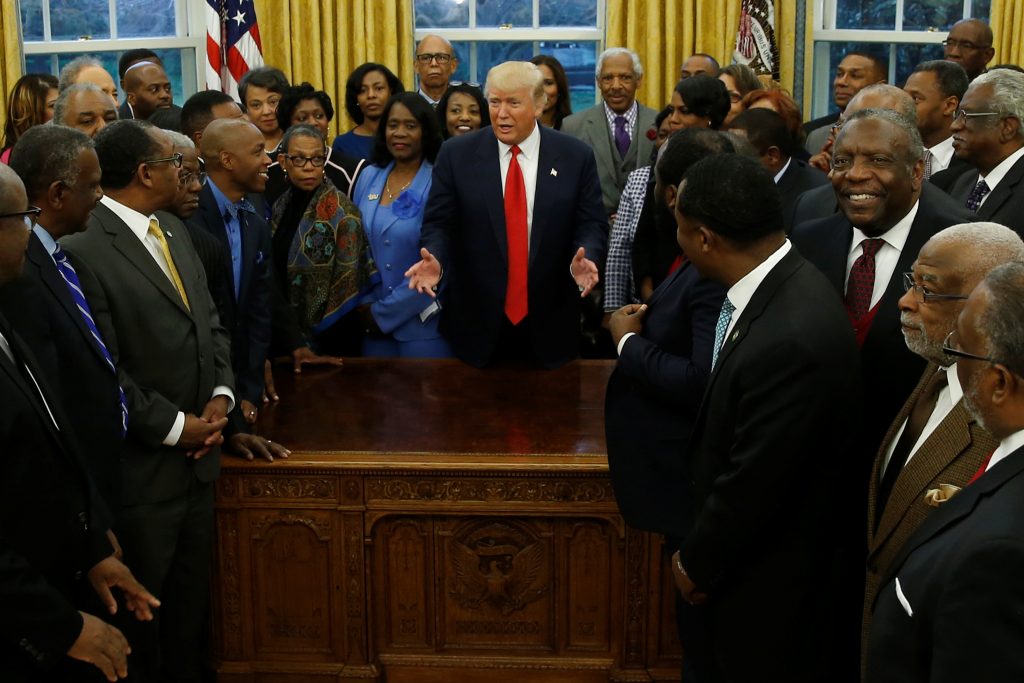 Civic Nationalism Is For Whites Only

HW: I was aggravated by the Joint Address and the other events of the day.

I didn’t care for “New Trump.”

I see that I wasn’t alone either. We spent several hours yesterday evening angrily reacting to the news that President Trump was open to “comprehensive immigration reform.” There wasn’t anything about that in the Joint Address, but he broached the subject of an immigration deal.

At the outset of the speech, President Trump condemned “hate,” mentioned Black History Month and addressed the news that threatening calls had been made to Jewish community centers. There was an overwhelming negative reaction to this in my Twitter feed. The President has never once addressed the problems of the White community, but we are supposed to believe that Jews getting a few crank calls are a national crisis worthy of being included at the top of the State of the Union address.

It was a classic example of Jewish privilege. They have so much disproportionate power and influence in the media that their interests and concerns are routinely pushed to the forefront of the national agenda. It has been going on for so long now we don’t even notice it anymore. President Obama had nothing to say when OUR graves and monuments were being vandalized in the summer of 2015. He even went to Charleston to lend his support to those who were doing it. He never showed any concern for the White community. Why is President Trump celebrating Black History Month? Why is he signing executive orders to shower HBCUs with billion of dollars? If we are all going to be “one nation” because we “bleed the same blood,” why are Jews and blacks allowed to carve out their own big fat exceptions?

We’re also tired of hearing about the victimized blacks in Chicago. Why don’t they stop shooting each other? Why don’t they stop hating police officers? If they are so miserable and forgotten, why don’t they vote out their leaders? No one is stopping them from doing this. Instead, we are reminded again and again about the violence in Chicago, but not a word was said about the blacks who tortured the White kid in Chicago while thousands of other black people watched it on Facebook Live. We’re so politically correct that we can’t talk about these people in other way but as “victims” when in reality they are victimizers who have made Chicago less safe than Afghanistan.

The worst line in the Joint Address was “education is the civil rights issue of the 21st century.” It has been 67 years since the Brown decision and racial gaps haven’t disappeared in integrated public schools. We have squandered countless billions of dollars on the futile effort to close racial gaps. By the 1960s, only the South had racially segregated public schools. Integration is much older in other parts of the United States where the racial gaps have persisted for an even longer period of time. To my knowledge, no country anywhere in the world has succeeded in closing the racial gap in test scores. And yet, the sole purpose of our education policy remains our national folly to elevate blacks.

This is what is so aggravating: the party line coming out of Washington is that we all must embrace “civic nationalism,” but clearly that is not the case. In reality, the Trump administration is pleading with Whites to embrace civic nationalism, but otherwise seems perfectly willing to maintain the status quo. Yesterday, we saw that meant signing new executive orders to promote women in STEM and shower HBCUs with federal dollars. President Trump is dealing with blacks, women and Jews as groups with collective interests. Indeed, our whole education system is geared toward the needs of the least intelligent group in the country. To be perfectly honest, if you aren’t in the age range to collect Social Security, you can’t remember a time when that wasn’t the case, which illustrates how little has changed.

What about the interests of White people? That is still a verboten subject. As long as that remains the case, I see no reason to stand and clap and pretend what we saw last night was the best Trump speech ever. On the foreign policy front, we have seen with Michael Flynn’s exit a retreat toward the same old neoconnery. On the immigration front, we are hearing that a new push for comprehensive immigration reform might be in the works. We’re also finding out that “civic nationalism” means every other group in the United States except for Whites has retained their customary privileges.

Civic Nationalism is for Whites only. That’s why you see the media and mainstream conservatives handing out plaudits. What they all saw in the speech was a return to the status quo ante.