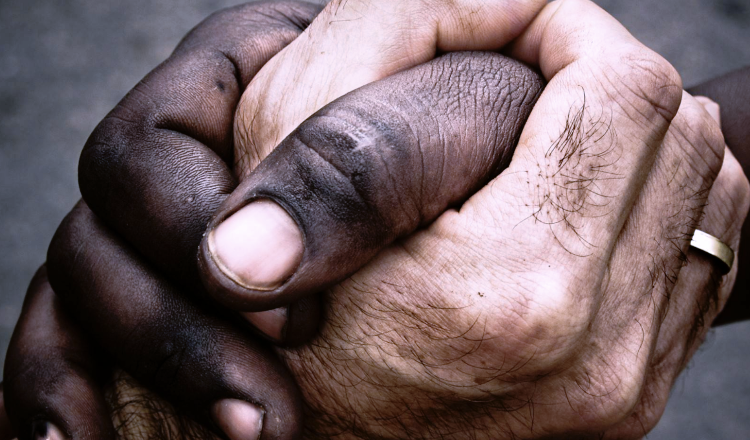 Have you seen this?

I first heard about the Hoteps when I noticed an incoming link from The Root:

“You’ve seen them before. Maybe you dated one because you liked the way he called you “king” or “queen,” before he chastised you for wearing your skirt too short, putting lye in your hair or—and, no, I’m not kidding about this—getting so far away from your African roots that your body does unnatural, Eurocentric things like menstruate.

Perhaps one of them called you a “bed wench” for refusing to go to see The Birth of a Nation, or maybe you just know someone who spent all his lotion money on copper ankhs and donations to Umar Johnson’s mythical Hogwarts for black boys.

Hoteps are people who have overdosed on “Pan-Afrikan” ideologies they obtained by reading badly designed websites, Hidden Colors DVDs (yes, Hoteps still play DVDs) and poor-quality YouTube videos explaining Illuminati symbology to scary background music. Hotepness is unshakable because Hoteps don’t read primary-sourced, peer-reviewed anything, and if you dispute any of their made-up dogma with actual facts, they can always dismiss it with, “That’s what they want you to believe.” …”

From the author’s disparaging description, it doesn’t sound like we have much in common with the Hoteps. The Alt-Right is based on radical realism. We value the truth above all else. I don’t have a problem acknowledging the contributions of, say, the Chinese or Japanese to civilization. At the same time, we have a racial interest in Europe as a whole and its outposts around the world.

What is this Hotep/AltRight alliance?

“Over the past few months on Twitter people have noticed that a few Hoteps and I have become quite friendly with white nationalists / Alt-Right. People don’t understand it so allow me to take this time to explain.

Firstly, both sides represent the alpha traits of their respective races. Hoteps represent that for blacks and Alt-Right for whites. The Left is quite feminine in their approach whereas they like to cry, complain, and protest but never actually want to do anything for themselves. Hotep and Alt-right want to do for self. They want independence. …

In Muslim countries, blacks are forced into slavery, especially the women. There is even proof of ethnic cleansing performed by Arabs to remove the African from the territories they hold. How come we never hear/see the far left blacks protest this? Because the media didn’t tell them to. …”

What does Hotep mean?

“What does Hotep mean?

There are many misconceptions that are associated with the Hotep movement. Through this article, I will explain and clarify what it means to be “Hotep” as well as debunk and breakdown the various misconceptions associated with the movement. Let’s begin with the meaning of the word Hotep. The actual term Hotep is thousands of years old and can be derived from Ancient Africa more specifically Ancient Kemet (Egypt). “Hotep” has several meanings but mainly it means, “Peace”. Here is a lot further in depth detailed explanation.

To me, being Hotep means Self-Accountability, not a being victim, not having an oppressed mindset, healthy living, black economics, financial responsibility, and maintaining the black nuclear family. These are key elements that are the core of the Hotep movement. …”

What is objectionable here?

Everything in this article is absolutely true. More than anything else, the collapse of the black family, the demise of the black economy and neighborhood and the obsession with politics over morality and economics is responsible for the present day condition of black people. The Talented Tenth seceded from Black America and moved into the White man’s neighborhood.

It sounds like someone has been reading the Wizard of Tuskegee:

“No race can prosper till it learns that there is as much dignity in tilling a field as in writing a poem.”
— Booker T. Washington

“It is important and right that all privileges of the law be ours, but it is vastly more important that we be prepared for the exercise of those privileges.”
— Booker T. Washington (Up from Slavery: An Autobiography)

“In all things social we can be as seperate as the fingers, yet one as the hand in all things essential to mutual progress.”
— Booker T. Washington

When the Talented Tenth actually had to live in the black neighborhoods and was dependent on its own community for its income, it clamped down on black dysfunction. Fatherlessness has nothing to do with slavery or segregation. When blacks were emancipated from slavery, they eagerly formed their own families and churches. The decline of the family is a recent phenomenon. It has become a serious problem in the White community as well because it is due to cultural changes.

Are Hoteps race traitors for allying with the Alt-Right?

“Following my last post, “What is this Hotep and Alt-Right alliance?” I have been both praised and attacked. Praised by whites and mostly attacked by blacks. Obviously, one of these groups is confused but only one of these groups actually read the article in detail, though.

Before we begin this piece, allow me to clarify the mission of Hotep Nation so it won’t be confused – although because people choose not to read, I’m sure there will still be confusion.

Hotep Nation is a group of people looking to restore integrity to the term “hotep” as it has been smeared by left-wing black media and the likes. Hotep Nation is about self-empowerment, self-accountability, and independence for people of African descent. This is a “pro-black” movement for the benefit of all Earth people.

Now that we have that squared away, hopefully, we won’t be confused with being a white supremacist group. Although, I’m sure we still will be. Ha! …

I asked, “Where is the black man’s Government?” “Where is his King and his kingdom?” “Where is his President, his country, and his ambassador, his army, his navy, his men of big affairs?” I could not find them, and then I declared, “I will help to make them.”

“Here I found a new and different problem. I immediately visited some of the then so-called negro leaders, only to discover, after a close study of them, that they had no program, but were mere opportunists who were living off their so-called leadership while the poor people were groping in the dark. I traveled through thirty-eight States and everywhere found the same condition.”

I can definitely relate to Garvey here. I too see the landscape filled with race pimps and hustlers. We have way too many of these in the pro-black community. I’ll reserve the right to call them out here but if you check the comments section, I invite everyone to call them out. From there, do your own investigation. …”

This is brilliant. I have to say that Ali Shakur has done his research. He knows his history. Future black historians will conclude that W.E.B. DuBois, Martin Luther King, Jr. and Barack Obama were the worst thing that ever happened to black people. They are all representatives of the tradition that black empowerment through politics was the solution to all the problems of the black community.

Is it not obvious that this is absurd? I mean you can start by looking at Haiti and Jamaica. Look at Detroit and Birmingham and Selma in the United States. Look at how black people emerged worse off after eight years of Barack Obama. Look at Liberia and Sierra Leone. Look at virtually all of sub-Saharan Africa in the early 20th century compared to the late 20th century. Africa had a World War in the Democratic Republic of Congo and the world didn’t even notice!

Barbados is the ultimate refutation of these people. It is the place where slavery, colonialism and white supremacy lasted the longest in the English-speaking world. It is one of the most successful black countries in the world which is the exact opposite of what black liberals would predict. If these people were correct, then Barbados should be one of the most backward black countries in the world while Ethiopia, Haiti and Liberia should be among the most successful.

If you have cultural and economic black hole in your neighborhood, it doesn’t matter how many politicians you elect. They aren’t going to be able to solve your problems.

TopicsHoteps
Share on FacebookShare on TwitterShare on RedditShare on VKontakte