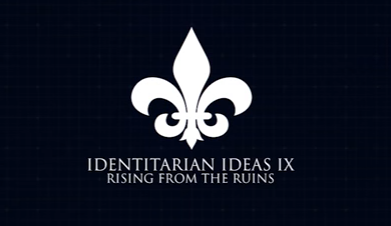 On Saturday, 374 people gathered in the most leftist district in Stockholm, Sweden, for the World’s largest AltRight conference to this date.

On the afternoon of February 25th, 2017, the Identitarian Ideas IX Conference took place. The venue for the event was secured the evening before the event took place. In the six months leading up to this conference, several other venue locations canceled in order to deny a platform to our movement. Not only was the event put together in one day, it took place in the Stockholm neighborhood of Södermalm. For those who don’t know, Södermalm is home to many radical left-wing journalists and extremist anti-fascists (antifa). On Saturday, 374 people gathered in the most leftist district in Stockholm, Sweden, for the World’s largest AltRight conference to this date.

Daniel Friberg, CEO of Arktos and co-founder of AltRight.com, was the organizer of the Identitarian Ideas IX Conference. As mentioned earlier, he faced many obstacles in organizing this conference but was successful in creating one of the largest AltRight conferences to date. This conference went off without a hitch and was a new pinnacle for the movement. The conference featured an impressive roster of over 15 speakers of various nationalities. For the most part, the conference was conducted in English. Red Ice Radio conducted a livestream of the event and has uploaded many of the individual speeches for your viewing pleasure – which can be found here.

The event kicked off with a speech by Jason Reza Jorjani, Editor-in-Chief of Arktos, where he spoke about how “HailGate” pushed him to doubling down on his beliefs and deciding to work with Richard Spencer to form AltRight.com:

Isac Boman, author of Money Power, spoke about banking and money and its effects on European identity:

Paul Ramsey, the popular vlogger known as Ramzpaul, spoke about the history of leftist violence in the United States:

Constantin von Hoffmeister, a pan-European visionary from Germany who lived in the United States, makes the case for American identity:

Ruuben Kaalep, the leader of the Blue Awakening youth movement in Estonia, spoke about a concept he calls “Ethno-Futurism”, which channels a lot of the ideas of Guillaume Faye’s ‘Archeofuturism’:

Colin Robertson, the popular vlogger known as Millennial Woes, spoke about his doxxing and the future of the AltRight movement in Europe and the United States (this speech was my personal favorite of all the speeches that evening):

These are just a few of the most prominent speeches that took place at the Identitarian Ideas IX Conference. You will be able to find the rest of the speeches uploaded to the Red Ice Radio YouTube channel over the course of the next few days.

The event was a smashing success in spite of the issues in securing a venue. There were so many conference attendees that people could go off on their own and socialize with each other or stay and listen to one of the many speeches. As an American, I must say that I was extremely impressed by the quality of people who make up the resistance in Sweden. Coming from an outsider perspective, we often look at Sweden and see that it is extremely cucked… err progressive. However, after meeting the Swedes and other Europeans, I must say that I am extremely hopeful for the future of Sweden and the rest of Europe.