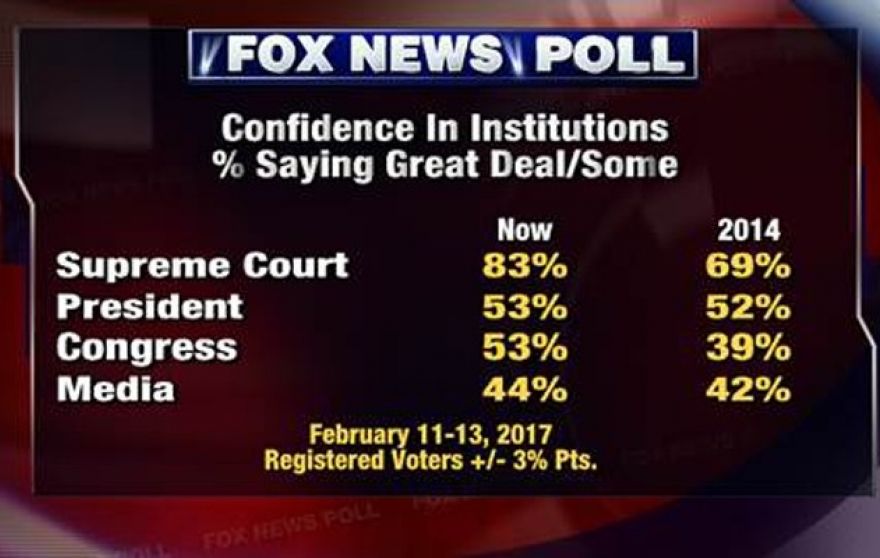 It has been a while since we had a poll:

“Some 44 percent have faith in the media. While that’s mostly unchanged since 2014, it’s a significant 19-point drop since 2002. A majority, 55 percent, lacks confidence today.

Equal numbers of voters have no confidence at all in the media (36 percent) or the presidency (36 percent). Both are record highs. …”