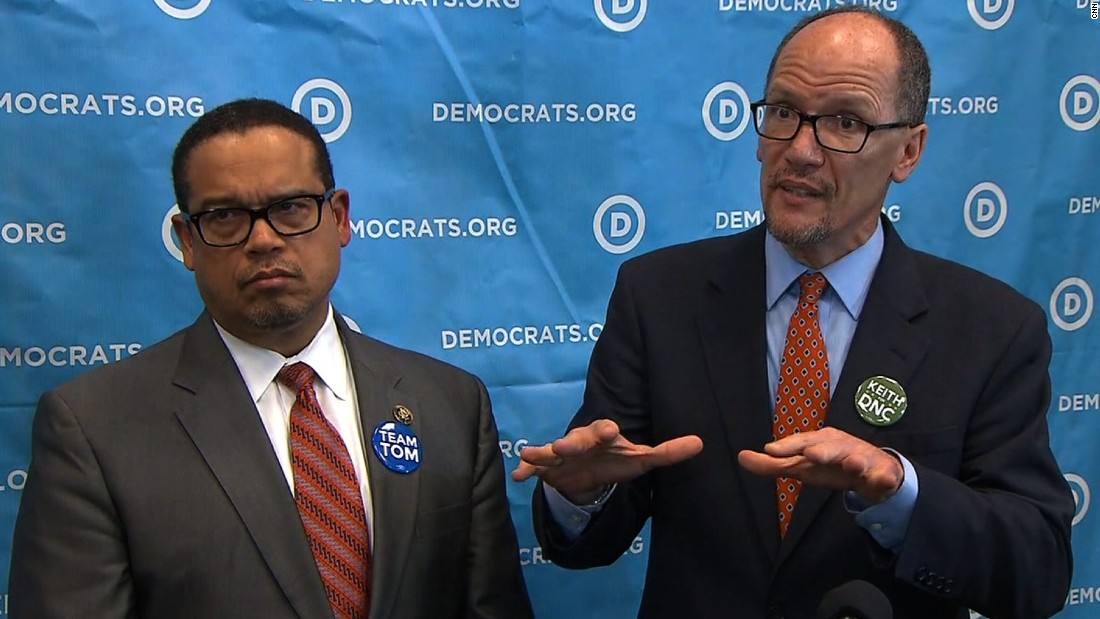 This is the new face of the Democratic Party.

“Former Labor Secretary Thomas Perez—the candidate backed by the Democratic Party’s establishment—was elected chairman of the Democratic National Committee on Sunday, as its members chose a close ally of both Barack Obama and Hillary Clinton to lead the out-of-power party in the era of Donald Trump.

Perez defeated Representative Keith Ellison of Minnesota, the favorite of many progressives, and a collection of lesser-known candidates in a vote of the 435 committee members who participated in the balloting in Atlanta. Perez won on the second ballot after coming a single vote shy of capturing the simple majority needed in the first round of balloting. The final two-way vote was 235-200. In a bid to head off a revolt from Ellison backers, Perez immediately moved to name his rival as deputy chairman, which the party members ratified by acclamation. …”

These two are charged with the task and winning back the rural White working class voters in the Rust Belt who defected from the Obama coalition to President Trump.

Congratulations to Thomas Perez, who has just been named Chairman of the DNC. I could not be happier for him, or for the Republican Party!

Call me Tom. And don't get too happy. @keithellison and I, and Democrats united across the country, will be your worst nightmare. https://t.co/fu7WvLofrD

Tom Perez made the rounds on the Sunday shows this morning:

Perez’s plan is to rebuild the Democratic Party by appealing to its “values” which have alienated and driven off White Democrats across the Heartland for decades now. Needless to say, I don’t see it happening. The Democrats suffered huge loses under Barack Obama and he had a sort of cornpone Midwestern charisma going for him that is utterly absent in Perez and Ellison.