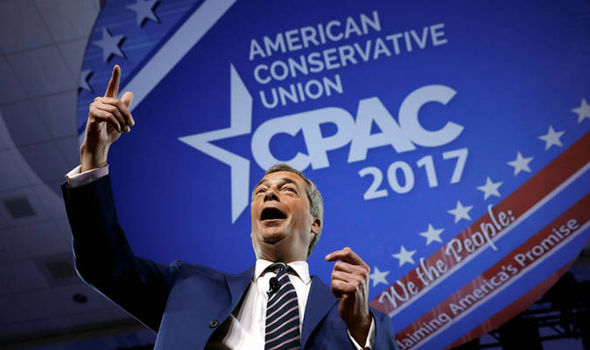 In his own country, Nigel Farage has been a thorn in the side of the Tories.

As with President Trump, who cancelled on CPAC 2016 after a storm of opposition from #TruCons who supported Ted Cruz and Marco Rubio, and Steve Bannon who organized the “Uninvited” at CPAC 2013, the fact that Nigel Farage is speaking at CPAC is a symptom of how the global national populist revolution is sweeping aside “conservative” parties all over the Western world.

It has already happened in the United States. The European Spring will be the big story of 2017.