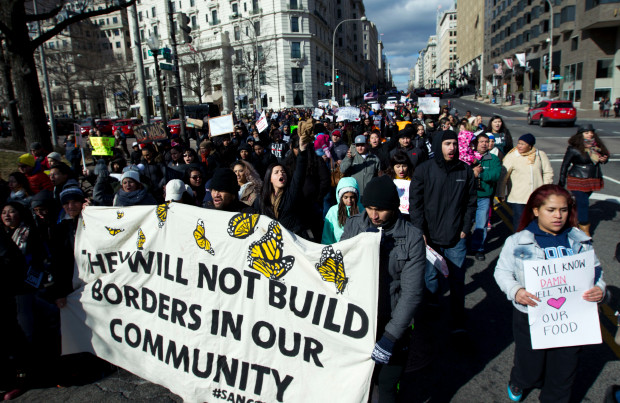 It is hard to believe they didn’t anticipate the reaction that their demographic triumphalism would ignite in White America:

“ATLANTA — Democrats may be their own worst enemy when it comes to trying to rebuild their party into a more inclusive entity that can take back Congress and the White House, according to a new study.

The centrist Democratic think tank Third Way released a study called, “Why Demography is not Destiny,” which argued that the Democrats’ strategy of building durable majorities with the support of rising non-white demographics is simply not viable.

The Democratic Party’s sharp left turn on cultural issues has driven the white working class, for generations the bulwark of its support, out of the party. Yet there’s no indication that the liberal base, still smarting from President Trump’s victory, is in the mood to moderate and welcome these voters back into the fold…”

As I told Red Ice Radio, the Democrats really are blind to what they are doing. By embracing political violence and other types of extremism, they are just making it easier for President Trump to win over the suburban voters he lost in 2016. In several key states like Ohio, Wisconsin and Pennsylvania, Rob Portman, Ron Johnson and Pat Toomey assembled different winning coalitions.

If those suburban voters in states like Minnesota, Colorado and Virginia support him in 2020, he could win reelection in an even bigger landslide. If it were not for Egg McMuffin’s presence alone on the ballot, President Trump would have won Minnesota last November.