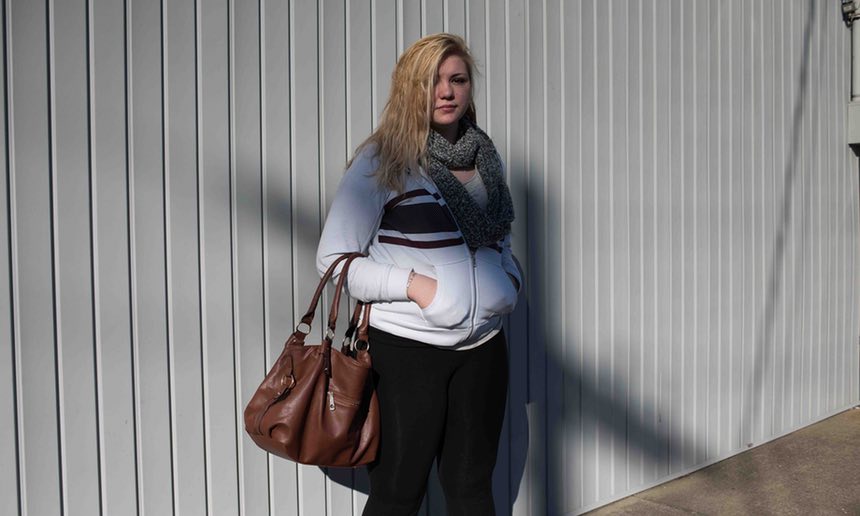 Chris Arande: The Other America

“Anthony Rice’s house in Youngstown, Ohio is a mile away from a river valley once filled with factories offering jobs. Many of those left in the 1980s, and with them, many residents.

His home is one of the few occupied on the street. Empty lots or boarded-up homes make up most of the block. He points to those remaining, listing his neighbors and their age. They are all over 70. “This neighborhood is okie-dokie, although not much goes down here”, he says. “Stores used to be all around here, but they mostly gone. The people left are either too old to move or waiting for someone to buy them out.”

The road itself is a patchwork of potholes. “This street hasn’t been paved in like forever. They just don’t care about us. But we used to that.”

Youngstown is the largest city in Mahoning County, Ohio, where Donald Trump narrowly lost a county Barack Obama won twice easily. That was partly because turnout in Youngstown – which is lower income, younger, and close to half African American – dropped by roughly 15% …

A lot of the US is like that. I have seen it all over, when I put 100,000 miles on my car before the election. I have heard and seen the frustrations of countless people – of all races and faiths – in wildly different places, from Nebraska to Louisiana.

To get out beyond successful neighborhoods in DC, New York City and the elite college campuses – beyond where prevailing socio-political opinions are made – is to see another America. …”

Here in the Alabama Black Belt, which is one of the poorest places in the entire country, I live in the very epicenter of that America. This is the place I call home!

In a hundred mile radius of my front yard, I can see everything that has gone right and wrong in America. To the west, Selma which produced the Voting Rights Act of 1965, which is now a blighted wasteland and powerhouse of civil rights tourism. To the southeast, Tuskegee which produced George Washington Carver and the Tuskegee Airmen, which is now also a blighted wasteland. To the east, Auburn which is a thriving little college town, and which unlike Tuskegee and Selma remains overwhelmingly White. To the north, we have Birmingham, which is a deindustrialized blighted wasteland, and which is surrounded by the prosperous Over the Mountain suburbs like Mountain Brook and Hoover.

The public school system is a joke. Integration was a failure. A half century has passed and racial gaps in test scores have yet to disappear. The black crime rate is significantly higher than the White crime. Every year it seems like Birmingham moves south and Montgomery moves north in order to avoid the clusterfuck in housing and education that was created as a result of the Civil Rights Movement. How much does it cost keep rebuilding entire cities in different counties?

We are living through a disaster on so many levels: among other things, the collapse of the family, the rise in drug abuse, the mechanization of agriculture and deindustrialization have combined to produce this blighted and demoralized landscape. If you drive through large swathes of the South, you will find people left behind in towns that have ceased to have any economic purpose.

Where I am from, we have inherited a population that was brought here as slaves to pick cotton on 19th century plantations. There are no more plantations though. No one picks cotton. Slavery has been dead for over 150 years now. There was some industry here, but now much of that has been shipped off overseas. We have your usual low-wage service jobs in the local Wal-Mart or McDonald’s.

What about all the progress we have made as a country? I think of the tattooed single White woman who dropped out of high school with three kids by three different daddies who is living in a trailer and is on meth or prescription drugs. She doesn’t have a husband. She doesn’t have a positive sense of ethnic or cultural identity. She is in poor health, mentally and physically. She is a burden to her family.

What does this hypothetical tattooed White woman living in a flyover country small town have? She has more freedom and equality than any of her predecessors. She has a smartphone. And yet, look at where that has gotten her. In many ways, she is worse off than her great-grandmother.