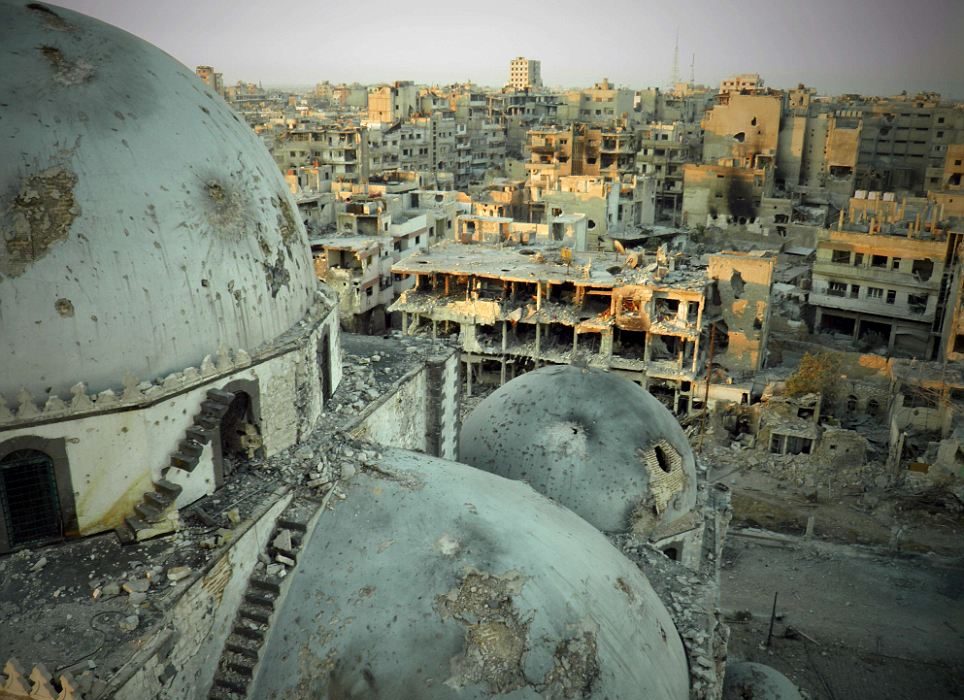 Stopping Mass Migration is Not Enough: a View from Germany

The Editors6 years ago107 comments

Manuel Ochsenreiter is a German journalist, editor-in-chief of Germany-first ZUERST! magazine and the director of an independent geopolitical think tank German Center for Eurasian Studies. He is affiliated with Free West Media, a much-needed news site from a realist European perspective challenging the Liberal-globalist narrative of the mainstream media. Manuel is well known for his coverage of conflict zones from Syria to Nagorno-Karabakh and Donbass. He served as an observer in various referenda, such as the one in Crimea in 2014. His insight about mass migration, color revolutions, NATO, and the EU, as well as the way in which domestic European politics relate to the current geopolitical order is invaluable. 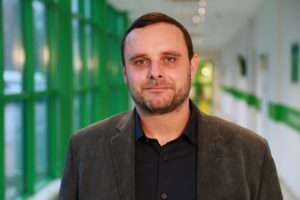 AltRight.com: Please introduce yourself to the audience of AltRight.com.

AltRight.com: You spend much of your time covering geopolitics, geostrategy, and international relations. At times, these subjects do not seem to receive adequate attention from activists and organizations in self-described Identitarian and right-wing circles. Please explain their relevance to the domestic situation in Germany and the West at large.

Manuel Ochsenreiter: A key problem with this lack of attention is not simply the underestimation of geopolitical subjects. And it is not only a problem of “Identitarian” or “right-wing” circles. In the West, there generally is a total lack of understanding of geopolitics, unfortunately. The result of this misunderstanding is often a type of political confusion that makes someone, who believes to be acting for good causes—such as patriotism, independence, and sovereignty—support the complete opposite of these beliefs. In that context, defining oneself as “Left” or “Right” plays no role.

I remember very well how some “patriots” in Europe were cheering for the so-called “Arab Spring” in 2011, believing it was an “uprising of the people,” while those who had at least a general idea about geopolitical developments emphasized Western interference and the arming of Islamist terrorists by the West and the Gulf monarchies. The same applies—even more dramatically—to the Ukrainian crisis in 2013-2014. Political activists with an allegedly “anti-globalist” agenda started supporting what they called “Ukrainian nationalism” and ranting against Russia, while ignoring the fact that this mutation of “nationalism” was in full support of NATO, EU, and the so-called “Western catalogue of values,” i.e., globalism in its purest form. Some notorious anti-Islam activists are also ranting against the government and system of the Islamic Republic of Iran, even proposing Soros-styled regime-change methods without recognizing that Tehran is actually defending the type of independence and sovereignty that their critics want so much for their European states.

If we define international relations as a way to defend and pursue national or continental interests, then there is little space for romantic sentiment such as “But they love the same philosophers of the early 19th century” or “they use similar symbols” and so on. This is—if we want to put it this way—the Right counterpart to Liberal LGBT globalism. A serious geopolitical approach accepts and appreciates the differences between various cultures of the world and global political-cultural zones. It recognizes the existence of different civilizational models without any notions of supremacy.

AltRight.com: What was the most dangerous situation you’ve been in while engaging in investigative journalism abroad? The most memorable one?

Manuel Ochsenreiter: There were two situations I will never forget. Both happened in the Syrian war. One was the battle of Damascus when I was with an army unit in a city quarter that they were clearing of terrorists – at that time the entire Western media still called them “freedom fighters.” And the second was in the summer 2014 when I went to besieged Aleppo, where I had to cross sniper zones several times, and the terrorists were randomly shelling the government-controlled part of the city.

AltRight.com: How do you handle concerted efforts by establishment media and activists to smear you as a “Nazi” as a way of censoring a dissenting voice?

Manuel Ochsenreiter: One gets used to that. For sure, some Liberal idiots will even use this interview as evidence of my “Nazi ties” without reading its content. As you correctly said, it is not about debate, but about a smear campaign.

AltRight.com: In the U.S., the establishment generally does not throw dissidents in jail preferring to engage in character assassinations and making them unemployable. How does the European Union treat its own dissidents—from anti-NATO activists to Identitarians?

Manuel Ochsenreiter: We have different examples of how political activities and even thoughts are criminalized in Europe. Character assassination, defaming, and smear campaigns are very normal here. But the most shocking example might be the one of my good friend and colleague Mateusz Piskorski from Poland. He is the Vice Director of the German Center for Eurasian Studies. Mateusz was literally kidnapped by special police in Warsaw on May 18 of last year and has been imprisoned since—without a trial. They accuse him of espionage [for Russia AND Iraq simultaneously—Ed.], call him an “agent,” but up until now there is still no evidence presented about any of these claims. Mateusz, a dedicated Polish patriot and anti-NATO activist, is none other than a political prisoner who was kidnapped and jailed because of his ideas and thoughts.

AltRight.com: You have visited Russia on a number of occasions and, at times, appear as a pundit in the Russian media. Why do you view that country as important to Europe and the West at large?

Manuel Ochsenreiter: The recent conflict between Europe and Russia is an artificial conflict. The tensions are neither in the interest of the European states nor of the Russian Federation. After all, Russia is also a European country, a European culture. A solid European-Russian alliance based on mutual interests in economy and security and on mutual respect for the diversity of cultures and traditions is, in my opinion, a model for the future.

And that is exactly the reason why the “Liberal swamp” in Washington, which now moved to Berlin, is so scared of the fusion of German industrial know-how with Russian resources—this would create a superpower. This is exactly the reason why NATO has existed until today: to keep the Americans in, the Russians out, and the Germans down. The latter was said by General Secretary of NATO, Lord Ismay, in the early 1950s, but it is still valid today.

AltRight.com: What do you see as the greatest problem with Identitarian movements in the United States and Europe?

Manuel Ochsenreiter: I don’t know that much about the situation in the United States. I think they have specific challenges based on their very different history and society. When it comes to Europe and, in particular, Germany, there always seems to be the temptation of “Western supremacism” to be present and a lack of understanding of multipolarity. In other words, the sentiment that the West with its “Liberal values” is the greatest offspring of humanity automatically misleads us right into a neocon psychocomplex.

It is no wonder that even some European “Right” groups started praising gay rights as a civilizational effort, which has to be defended “against Islam.” And sooner or later—also against Putin? A strong and clear definition of our own identity doesn’t need to degrade other identities even if we don’t like or don’t understand them. And when it comes to Germany, this country was never “part of the West” historically and culturally. To define the identity of Germany as “Western” is already a bit of cultural transgenderism. [Historically, German-speaking lands considered Britain and France to be the West.—Ed.] I would even go so far as to say this: a strong Europe can and should exist perfectly without any reminiscence to “Western values” with that embarrassing chumming to North America. Don’t get me wrong: American identity is a great thing. But it is simply something other than a European identity. I don’t see any need for ideological -isms or exports.

Another point is the criticism of mass migration. Simply to dislike and to protest against mass migration without highlighting the destructive Western policy towards Middle East and North Africa doesn’t go far enough. The vast majority of Syrians and Africans who came to Europe since 2011 would be in their homelands if the West had not killed Colonel Gaddafi and attacked the Syrian Arab Republic. And when some activists or theorists of the Right daydream in their ivory towers about a “regime-change” operation in Iran, we can only wonder what is going wrong in their heads. Do they want more failed states? More refugees? More chaos?

AltRight.com: What are the most promising political parties in Europe?

But what will happen after Brussels is once again only the capital of Belgium? It will still be the headquarters of NATO. What will the “New Europe” do about that? Will we have a “European Army” with or without the American hegemon? Will we replace the U.S. extra-territorial power by the part-European power Russia? And what will the “New Europe” do when it has regained control over its borders and enabled a functioning and well-organized defense system against illegal mass migration? Will it still be a destabilizing power in Africa and the Middle East? Or will the “New Europe” make a geopolitical U-turn and stop funding and supporting terrorism, as the EU does in Syria or Libya today? Will the “New Europe” cooperate with the Syrian government to develop a solid plan for a good and peaceful repatriation of Syrian refugees from Europe? Will the “New Europe” immediately lift sanctions and embargoes against Syria—the real reason to flee their country for many Syrians?

These are important questions because sooner or later a “New Europe” with an “EU” foreign-policy agenda will have to realize that fences and walls won’t be enough against the constantly rising pressure of migration. Will the “New Europe” develop from the trans-Atlanticist useful idiot (EU) to a geopolitical pole of strong power? How will we define our common European interest when it comes to the other geopolitical poles? And how will we balance the different inner-European interests? How will we act in order to prevent extra-territorial powers and globalist NGOs from taking advantage of the diversity of different national interests on our continent? All these questions are of importance.

the authorThe Editors
Founded on January 16, 2017, AltRight.com brings together the best writers and analysts from Alt Right, in North America, Europe, and around the world.
All posts byThe Editors