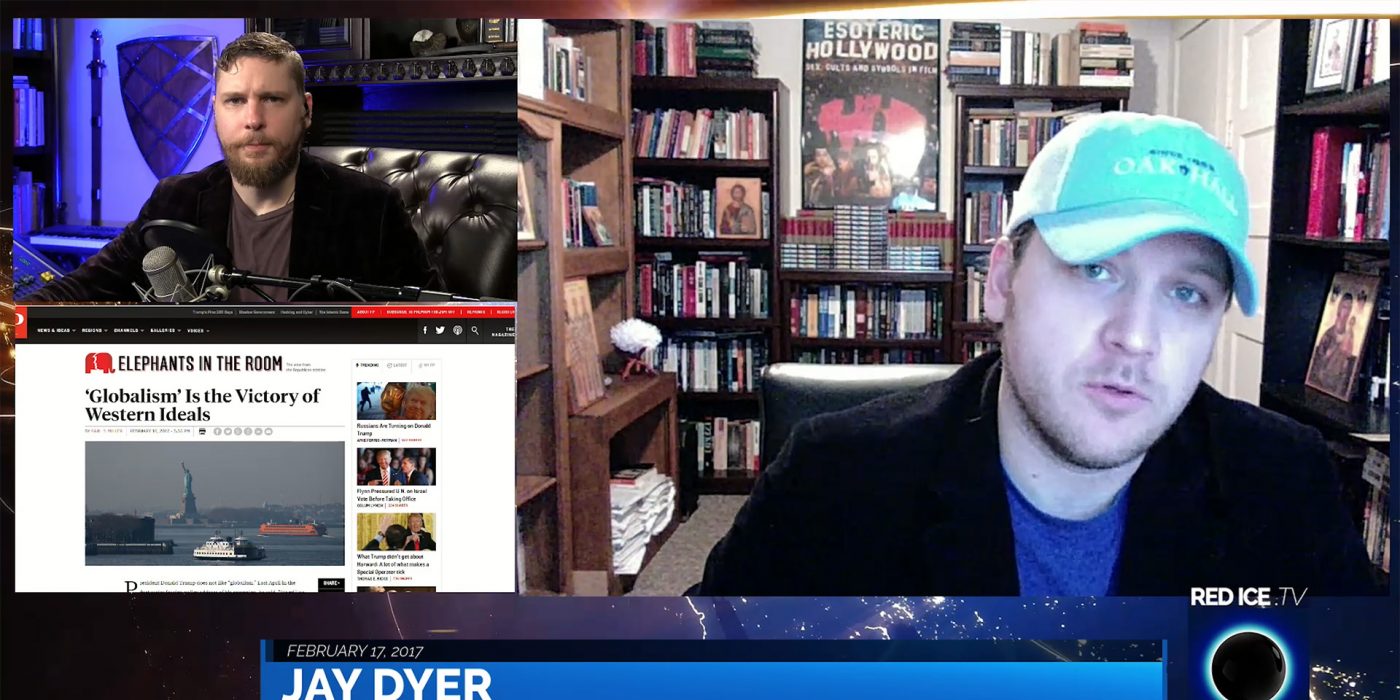 Jay Dyer is a public speaker, lecturer, comedian and author of Esoteric Hollywood: Sex, Cults and Symbols in Film, as well as the host of the JaysAnalysis Podcast/Esoteric Hollywood. He is also a regular contributor to 21stCenturyWire, Soul of the East and the Espionage History Archive. Jay’s work covers a wide variety of subjects, including metaphysics, film analysis, theology, geopolitics, literature, and history.

Jay returns to Red Ice once again for a very timely conversation on current events, globalism, the deep state, and more. We begin by discussing the recent political assassination of Michael Flynn. Jay explains that there is an internal conflict within the deep state; one faction supports globalism, whereas the other supports nationalism. This leads to a closer look at what the deep state really is, and how Trump threatens this shadowy power structure. Later, we discuss fascism, which has been used as a bogeyman to scare people from tradition, natural order and hierarchy. Our show concludes with a few thoughts on the future of the Alt-Right.

Get the book here