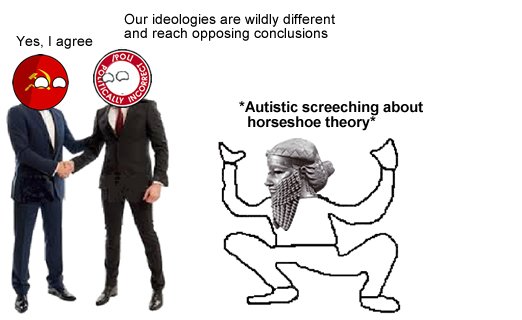 Are Alt-Righters the SJWs of the Right?

As a right-libertarian who sympathizes strongly with the alt-right and has written for numerous alt-right sites, I’m getting pretty tired of being called a right-SJW.  Milo Yiannapolis was but the latest alt-light figure to speak in such terms against identitarianism. The same illogical argumentation has been cancerously spreading across the alt-light since Trump’s election – the alt-right are ‘basically right-wing SJWs’, as Infowars’ Editor at Large, Paul Joseph Watson, put it.

During his talk last month, at the University of Colorado, Milo declared, ‘The reality is, if you force everyone to play identity politics…you guys are gonna win and the left isn’t going to like it very much.’  Sounds good to me, but Milo suggested a ‘better way’: ‘The way to go is reminding them and yourselves that you should be aspiring to values and to ideas.’  Very egalitarian for someone who’s made a career of identifying the differences between men and women.

But, winning against the left isn’t all that sounds good to those who voted for Trump (precisely because he promised endless winning).  Being identitarian, rather than seeming antithetical to Western ‘values and ideas’ seems prerequisite to saving Western culture!  I’m a libertarian and it is impossible for me to ignore the need for homogeneity in order for a society to attain high trust, the socio-biological factors to successfully maintain the rule of law, and numerous other demographic issues ignored entirely by the left.  If we are asked to just stop winning at the promotion of corporatism and a more live and let live liberalism, such as before the Berlin Wall’s collapse, we’re simply being asked to be neocons with a civic nationalism streak.

Think about it – what’s the real difference between the alt-light and neocons other than the former being less open about their support for Israel?  Perhaps the neocons had looser morals re borders.  That being the case, from where do the alt-light get the gumption to accuse the alt-right of social justice warmongering?

According to the alt-light, accusing someone of being a cuck is the same mindless name-calling of the left, who have all manner of terms for heretics, e.g. racist, sexist.  Moreover, the alt-right distinguish people in terms of race in order to positively defend whites as the national majority, just as the left wish to discriminate against whites, using majority ‘white privilege’ as justification.  Thus, superficially, it seems as though they have a well-thought argument, but let’s scratch the surface.

Gavin McInnes is a notable alt-light figure.  As a writer for ProudBoy Magazine, I witnessed how, post-Trump’s election, there was an attempted purge of alt-right thinkers who had evidently outlived their pre-election usefulness.  The alt-light are of course perfectly happy to identify the hypocrisies of feminists and the LGBT(etc.) community, offending women and ‘transgenders’ on live television at any given opportunity.  But, when it comes to criticizing similar cultural Marxist tenets regarding ethnicity, they’re suddenly greatly concerned who might be offended.  Not to mention the outrage when hypocrisies surrounding Zionism are questioned.

Folks like alt-right artist, Emily Youcis, were the first to rock the boat and press the alt-light as to whether they were prepared to accept race realism as well as gender realism.  The alt-light have drawn their line in the sand – gender realism is edgy enough to appear cool and counter-cultural but when it comes to race realism, they are still virtue signalling zealots who dare not step outside the holy space of the mainstream Cathedral.

If they would simply remain silent on the matter or be honest, declaring that it would be too dangerous to comment, that they cannot handle the heat, it would be understandable, if disappointing.  Yet, they rather take sides with the left and, indeed, they behave like SJWs, openly punching right, swatting away the red pill publicly and seeking leftist approval by declaring themselves above identity and above discussion of ethnicity, demographics, genes etc.  What other word do we have for such behavior but the ever-apt ‘cuck’?  And, therefore, what communion hath the alt-right with the alt-light?

But why do the alt-light rage?  What is their motivation for halting their advance and shooting the alt-right in the back?  Greg Johnson of Counter Currents weighed in to suggest personal associations held the alt-light back:

Yet, Vox Day is part-Amerind and he seems to have no qualms with ethnonationalism; I personally know a number of alt-righters with spouses and other personal associations with people of different ethnicities, so this cannot be the chief factor to explain the alt-light’s motivations.  I rather suspect they reject certain red pills because they are more concerned with simply appearing edgy – just edgy enough to remain at the fringe of the leftist mainstream – and not concerned with the truth and the future of the West.  It is the same battle between self-interest and group-honour which rages within us all.

Nevertheless, the downfall of the mainstream in 2016 has been the result of an increasingly informed generation Z, and red pills continue to abound.  The alt-light can drop their truth-bombs in the mainstream; regardless of how relatively few they are, they continue to be useful.  But, so long as they side with the left, their truth-bombs land on their own platform.  Their nemesis is their obvious use of the same subversive tactics of the left.  Now, their scrutiny of the mainstream only serves to highlight their compromises.  For this reason, they will be found buried in the ruins of the left’s collapse.