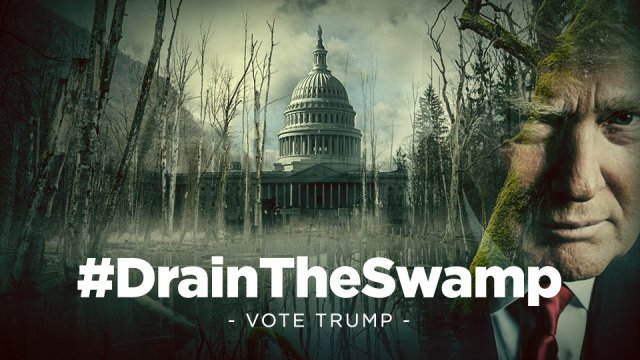 Tillerson just fired most of the State Department’s 7th floor, which is known in Washington as the “Shadow Government.” Article originally appeared at Russia Insider.

CBS is reporting that Tillerson is handing out pink slips like candy, specifically to the State Department’s “7th floor”: 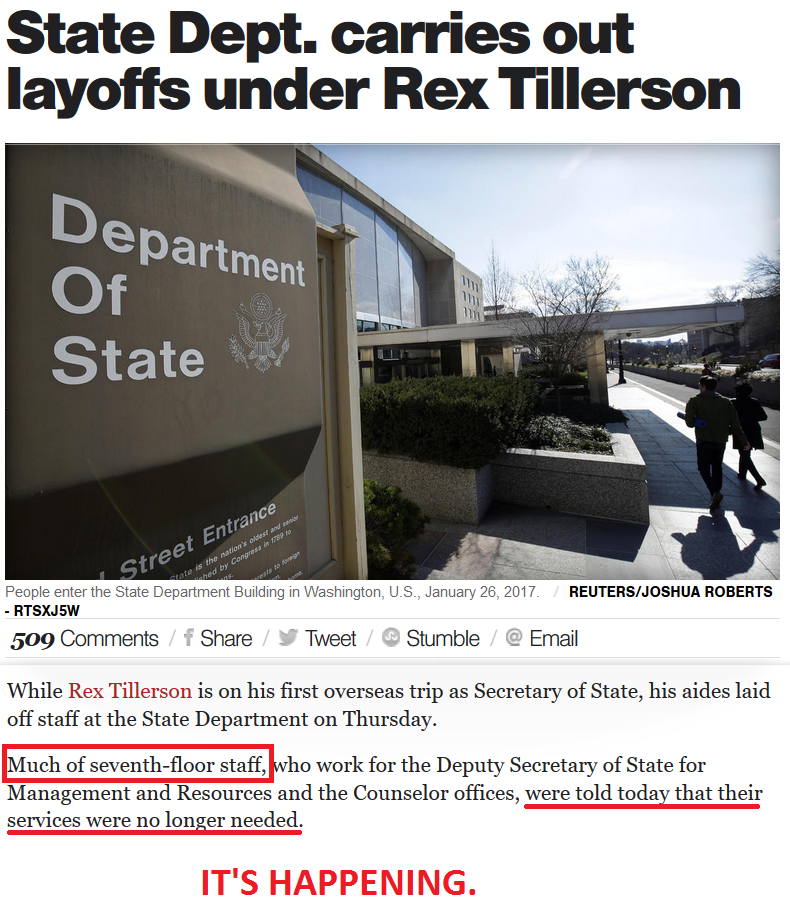 Why is this significant? Because the “7th floor” is known as the home to powerful, high-ranking State Department officials who did everything in their power to shield Hillary Clinton from justice. As the NY Post reported last October:

The FBI also released the summary of an interview that revealed a cabal at State that oversaw the email release — a “powerful group of very high-ranking STATE officials that some referred to as ‘The 7th Floor Group’ or as ‘The Shadow Government.’ This group met every Wednesday afternoon to discuss . . . everything CLINTON-related to FOIA/Congressional inquiries.”

Imagine officials high in the George W. Bush administration calling themelves “the Shadow Government” as they oversaw a supposedly nonpartisan release of documents that could sink the White House hopes of its former boss.

You can bet this is part of Trump’s counter-offensive, now that he realizes how many Beltway snakes are out to get him.