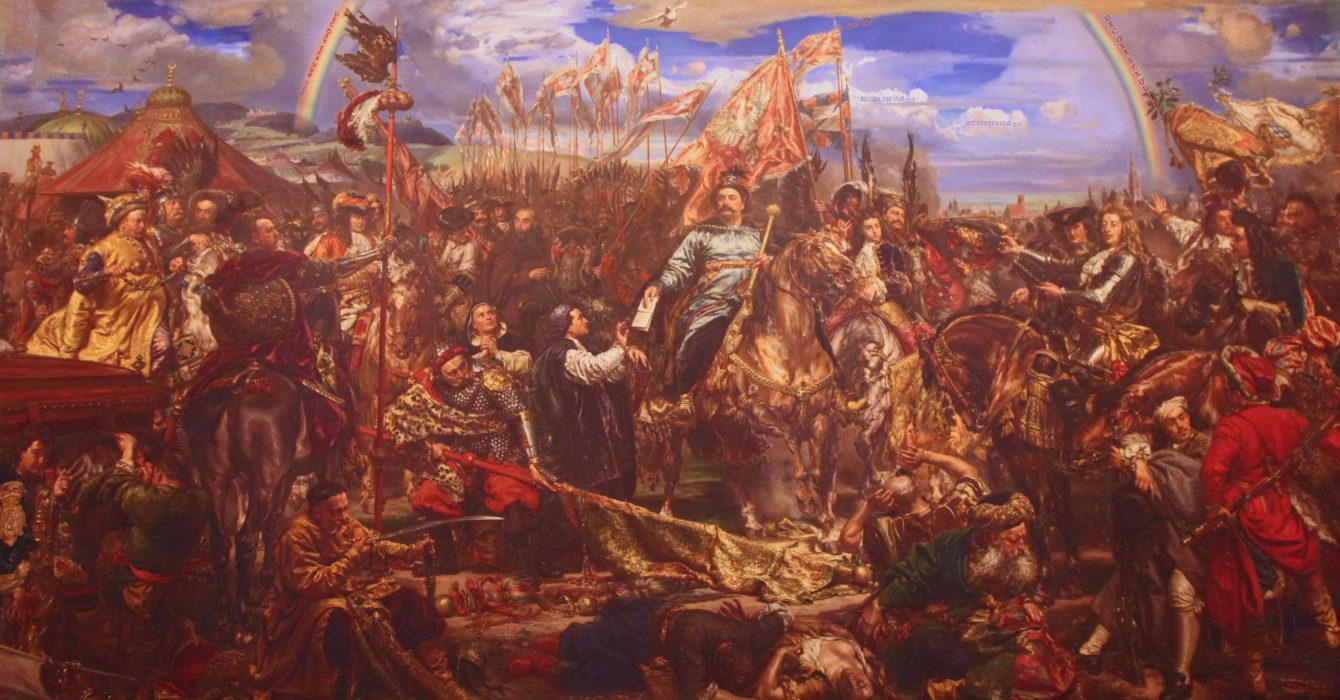 Steven Bannon and the West as Katechon, Restrainer of the Antichrist

This blog initially appeared at A Carl Schmitt Reader.

Steven K. Bannon, senior Trump advisor and strategist, has been added to the US National Security Council. The move has brought with it questions of how much influence Bannon has on Trump administration policies, and in particular recent Executive Orders on travel and immigration. Not much has been written about Bannon’s own personal political philosophies, but one blog has some interesting reflections on a talk Bannon gave to the Human Dignity Institute. (Buzzfeed, to their credit, published a transcription.)

One somewhat obscure portion stands out as particularly significant in identifying Bannon’s understanding the relationship between the West (traditionally, Christian countries) and the Islamic world.

Bannon: From a perspective — this may be a little more militant than others. I think definitely you’re going to need an aspect that is [unintelligible]. I believe you should take a very, very, very aggressive stance against radical Islam. And I realize there are other aspects that are not as militant and not as aggressive and that’s fine.

If you look back at the long history of the Judeo-Christian West struggle against Islam, I believe that our forefathers kept their stance, and I think they did the right thing. I think they kept it out of the world, whether it was at Vienna, or Tours, or other places… It bequeathed to use the great institution that is the church of the West.

Pay particular attention to the last passage. Bannon views the “long history” of antagonism between Islam and the West as an antagonism between the West and something analogous to today’s jihadists. “I think they kept it out of the world,” he adds, and what he means by “it” is radical Islam. He then makes mention of what must be the Battle of Vienna (1683) and the Battle of Tours (732), two battles that stopped the march of Islam into Europe during Islam’s expansionist periods.

The particular phrasing, “they kept it out of the world” recalls the katechon, or “restrainer of the Antichrist,” a concept in Medieval Christian theology. In his 1950 book The Nomos of The Earth, Schmitt discusses the concept as it relates to the imperial system of the Holy Roman Empire at its height (1100–1300 AD). One of the book’s central premises is that Law (broadly speaking), nomos consists of two elements: order and orientation. “Order” could be described as the technical aspects of law — its codes, processes, etc. — while its orientation would be the “moral compass” (for lack of a better term) that both grounds the law in the past and sets the direction for its future. In the Christian Europe of the Middle Ages, the orientation was the “moral compass” of the Catholic Church and its lineage stretching back to antiquity. That compass’ future direction was set by the Empire’s designation as the katechon, or restrainer of the Antichrist. Schmitt explains:

The continuity that bound medieval inernational law to the Roman Empire was found not in norms and general ideas, but in the concrete orientation to Rome. This Christian empire was not eternal. It always had its own end and that of the present eon in view. Nevertheless, it was capable of being a historical power. The decisive historical concept of this continuity was that of the restrainer: katechon. “Empire” in this sense meant the historical power to restrain the appearance of the Antichrist and the end of the present eon; it was a power that witholds (qui tenet), as the Apostle Paul said in his Second Letter to the Thessalonians.

While looking back to the Rome of the early church for inspiration, the katechon was nevertheless aware of its future destiny — and eventual dissolution — and made it its mission to bring this about. The practice of completing this ‘mission’ or task is what Schmitt is referring to when he describes the katechon as a historical power: that is, it assumes its power in bringing about this historical movement to its completion.

The emperor’s office was inseperable from the work of the katechon, with its concrete tasks and missions. This was true of a monarchy or a crown, i.e., of rule over a particular Christian land and its people. It was the elevation of a crown, not a vertical intensification…but a commission that stemmed from a completely different sphere than did the dignity of the monarchy. …Thus, as the Ludus de Antichristo demonstrates (in accord with the tradition dominated by Adso), the emperor, in all humility and modesty, and without compromising himself, laid down his imperial crown after completing a crusade.