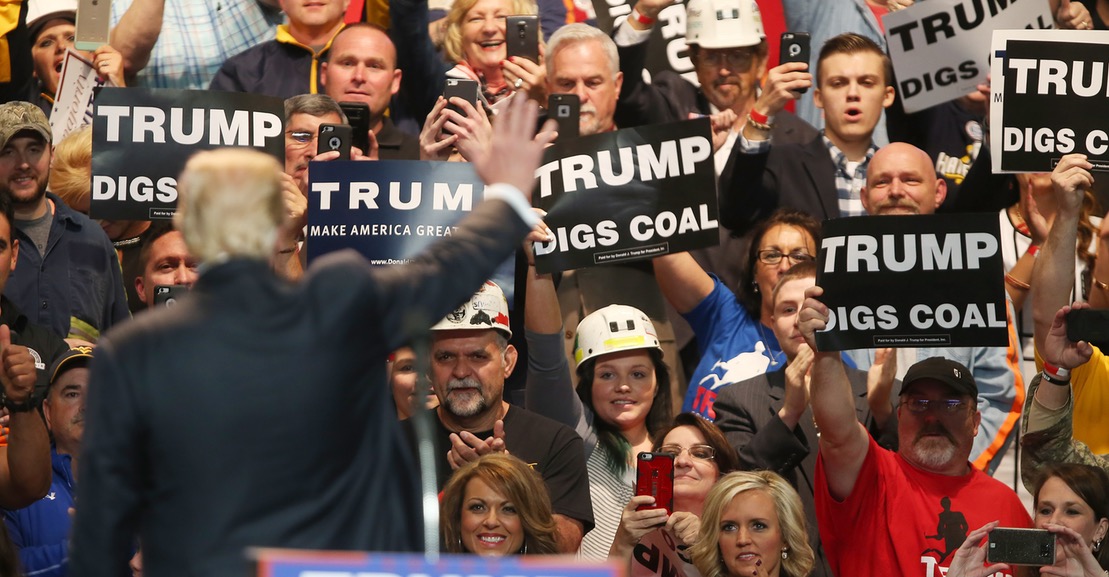 It was very easy to miss in the news cycle today, but President Trump signed an executive order to protect the jobs of coal miners in Appalachia:

The regulation was expected to reduce coal production, leading to fewer coal jobs across the country.

The blocked regulation threatened the coal industry with millions of dollars in compliance costs.

Complying with the regulation would have put an unsustainable financial burden on small mines, most of which are in the Appalachian Basin.

The blocked regulation would have duplicated existing regulations already in place to protect Americans. …”

Obama spent the last eight years beating down the poorest people in Appalachia on behalf on billionaire green donors like Tom Steyer.