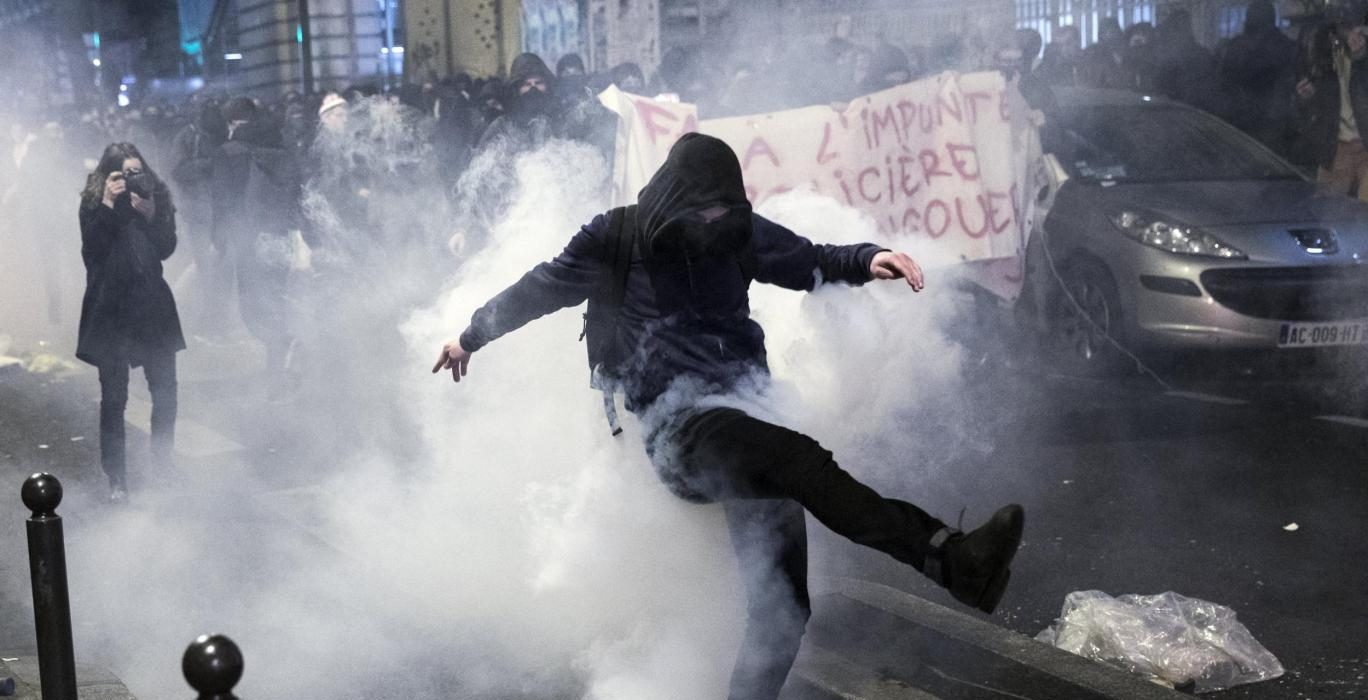 If you haven’t heard the news by now, the suburbs of Paris have been in flames for over a week, and now the rioting and looting is spilling over into Paris itself:

“Tear-gas was used by police as rioting that originated in the suburbs spilled into the French capital around the Barbes Metro station, close to Gare du Nord.

It follows the alleged rape of a young black man, named only as Theo, by French police.

Protesters started fires and smashed windows, while there were reports of riot police being attacked and shops looted. …

President Francois Hollande, who has visited Theo, has appealed for calm. …”

The feckless Socialist president François Hollande “has appealed for calm.” As previously noted here, Hollande was hovering around a 4 percent approval rating last fall. The Paris riots appear to be the work of refugees, immigrants and our friends the black clad antifas.

The Paris riots, which began over a week ago, have left a wave of destruction on the streets of Paris with cars burned and local shops smashed by gangs in the heavily migrant-populated suburbs of the Seine-Saint-Denis region. The continued rioting has earned the ire of the Front National leader who has accused the government of silence and inaction in the face of the violence in a statement.

“The forces of order are targeted by bands of scoundrels,” Le Pen said and noted that nothing has so far dissuaded the roaming gangs from continuing to commit acts of violence. Calling the situation “a shame for France” on the international stage, Le Pen said, “The government is silent. A silence that reflects both its cowardice and its impotence.” …”

The streets are bursting with the spirit of liberty.

The scenes of disorder in France are reminiscent of President Trump’s successful campaign which took place in the backdrop of Ferguson, Baltimore, Orlando, San Bernardino, Dallas, Milwaukee, and Charlotte. This bodes well for the European Spring.

Note: As the antifas like to chant, “this is what democracy looks like!” Ordinary folks look at their violence and mayhem and conclude authoritarianism is the way to go.

TopicsParis Riots
Share on FacebookShare on TwitterShare on RedditShare on VKontakte