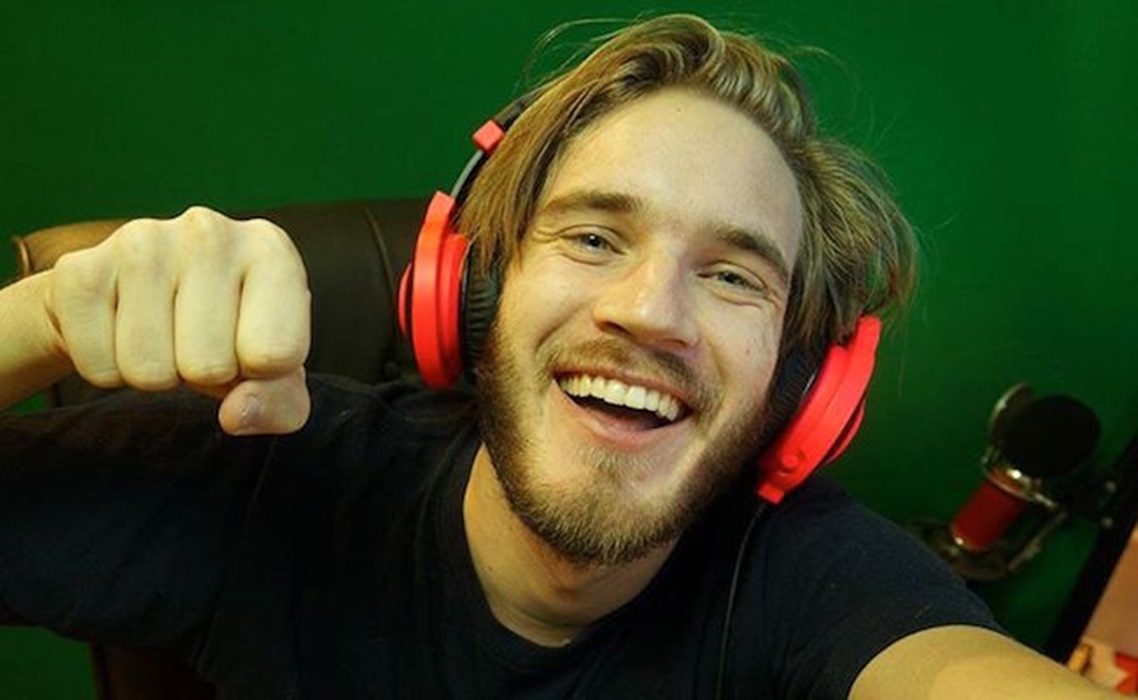 PewDiePie Is Under Attack By The Lying Media

This is rapidly becoming an even bigger story since the news broke last night that Disney is cutting ties with PewDiePie:

“Swedish gamer PewDiePie (known IRL as Felix Kjellberg) is the most famous and highest-paid YouTuber in the world. His videos have yielded billions of views, millions of followers, and helped him earn $15 million in 2016. But next year’s figure could be significantly lower following a report from The Wall Street Journal that Disney is ending its deal with PewDiePie for recent anti-Semitic content in his videos. Prior to today, PewDiePie worked with Disney via a joint venture with the Maker Studios, a digital video network that Disney bought in 2014. Though Kjellberg maintained “editorial independence” with Maker Studios, a representative said his anti-Semitic references “went too far” and deemed the videos “inappropriate.”

According to the report, PewDiePie posted a now-deleted video on January 11 which included two men he paid to make and hold up a sign reading “Death to All Jews.” After reviewing his channel, the Journal found that the YouTuber had “posted nine videos that include anti-Semitic jokes or Nazi imagery” between August 2016 and today. …”

PewDiePie is the most popular YouTube channel in the world. He has 55 million subscribers. As a social media brand, he dwarfs the likes of Paul Joseph Watson or Cernovich. Now, YouTube is trying to bully and censor PewDiePie for his alleged anti-Semitism:

“A month after YouTube’s biggest star uploaded a video containing the phrase “Death To All Jews,” the service that once hosted that very content is distancing itself a bit from Felix Kjellberg.

Variety reports that YouTube has cancelled the second season of Scare Pewdiepie, the premium $10-a-month show that sought to scare Kjellberg IRL in elaborate, video-game inspired ways. Additionally, YouTube will also remove Pewdiepie from “Google Preferred,” which is an advertising service for “brand-safe” content (which Pewdiepie is most certainly not, even discounting the nazi jokes.)

Taken together, both of these repercussions will have some kind of effect on Pewdiepie’s actual income, though he will still be able to monetize his videos through normal means on YouTube. In the past, Kjellberg has said that his normal income-per-view on YouTube is low because his brand of ‘edgy’ humor also limits the advertisers that YouTube makes available to him. “My content is not necessarily family friendly, it’s got a bunch of profanity,” Kjellberg said. ….”

The New York Times just published a story on PewDiePie:

“The Disney-owned Maker Studios and YouTube have pulled away from PewDiePie, one of the video platform’s most popular stars, after a report that he had posted several videos featuring anti-Semitic imagery.

Maker Studios said on Monday that it had severed ties with the star, Felix Kjellberg, a Swede better known by his YouTube alias PewDiePie, while YouTube said on Tuesday that it had canceled the release of a coming series and dropped him from a premier advertising program.

The announcements came after The Wall Street Journal reported that Mr. Kjellberg had posted nine anti-Semitic videos since August. …”

Forbes is warning that the traditional media power brokers are losing control over influencers:

“Brands that have close relationships with influencers need to understand what little control they actually have in this space. Working with influencers is sensitive for both parties involved. When situations like the one with PewDiePie happen not only do things move fast but armies can be forged. Disney and Google are large beasts themselves but ultimately the +50 million subscribers and followers will probably remain loyal to PewDiePie (Twitter chatter seems to suggest this) and will probably be excited to see what he does next. …”

As I was saying yesterday, we’re going through a epochal transition from the huge corporate media conglomerates and vertically delivered Jewish-controlled mass media of the 20th century – news, entertainment, opinion – to the decentralized, horizontally delivered Gentile-controlled social media of the 21st century. PewDiePie’s phenomenal success illustrates that social media gives us the means to find fans all over the world and produce and monetize our own content.

The problem is that the mid-20th century was a time when the mass media came to be unusually concentrated in the hands of a small number of wealthy Jews. It used to be very expensive to publish newspapers and books. It was very expensive to make movies and operate cable television networks. Jewish media elites had enormous power to control the Narrative, establish the dominate taboos and police discourse. Now, thanks to the rise of social media and the smartphone, the barriers to entry are much lower and the mass media is becoming decentralized again.

Social media has its own Jewish media elites like Mark Zuckerberg of Facebook, but the nature of it is much harder to control. PewDiePie, for example, is a brand who produces his own content on YouTube. He made himself a star because he had the means to connect directly with a mass audience. There is no Jewish producer with the means to make and break a “star” anymore on social media. That’s what they are trying to do here with PewDiePie. They’re trying force him to conform to their norms.

In order to do that with millions of people producing their own content on social media platforms like Facebook, Twitter and YouTube, the Thought Police has to become far more heavy handed and public than it ever was in the past. It has to become a Ministry of Truth. In doing so though, it risks stoking a backlash and arousing further curiosity about taboo subjects.