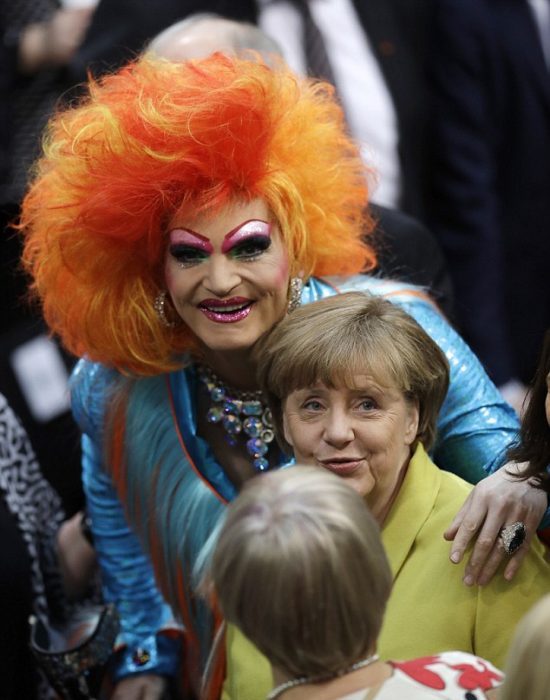 Is this the face of the Federal Republic of Germany in its last days as liberal democracy descends into Weimar level decadence and loses it legitimacy?

“A 6ft 5in drag queen with a shock of bright orange hair stole the show at the ceremony to choose Germany’s new president in Berlin.

Olivia Jones, real name Oliver Knobel, posed for photos with Chancellor Angela Merkel and brought a touch of glamour to the occasion.

The 47-year-old was invited to be among the 1,260 voting delegates by the Green Party. …

A shock poll last week revealed Merkel’s Christian Democratic Union party had fallen behind in the polls for the first time in seven years.

BTW, I finally watched Look Who’s Back the other night. The movie is about Adolf Hitler waking up in present day Germany and reacting to what he encounters.