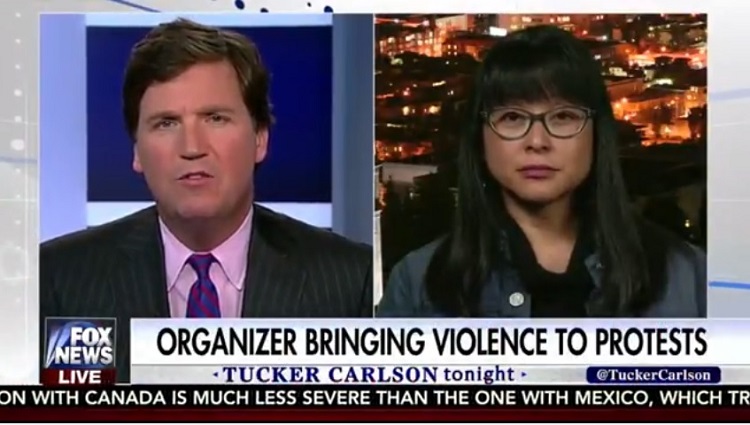 Tucker Carlson asked Yvette Felarca, national organizer of “By Any Means Necessary,” if she would beat up one of her middle school students for spreading fascist propaganda: