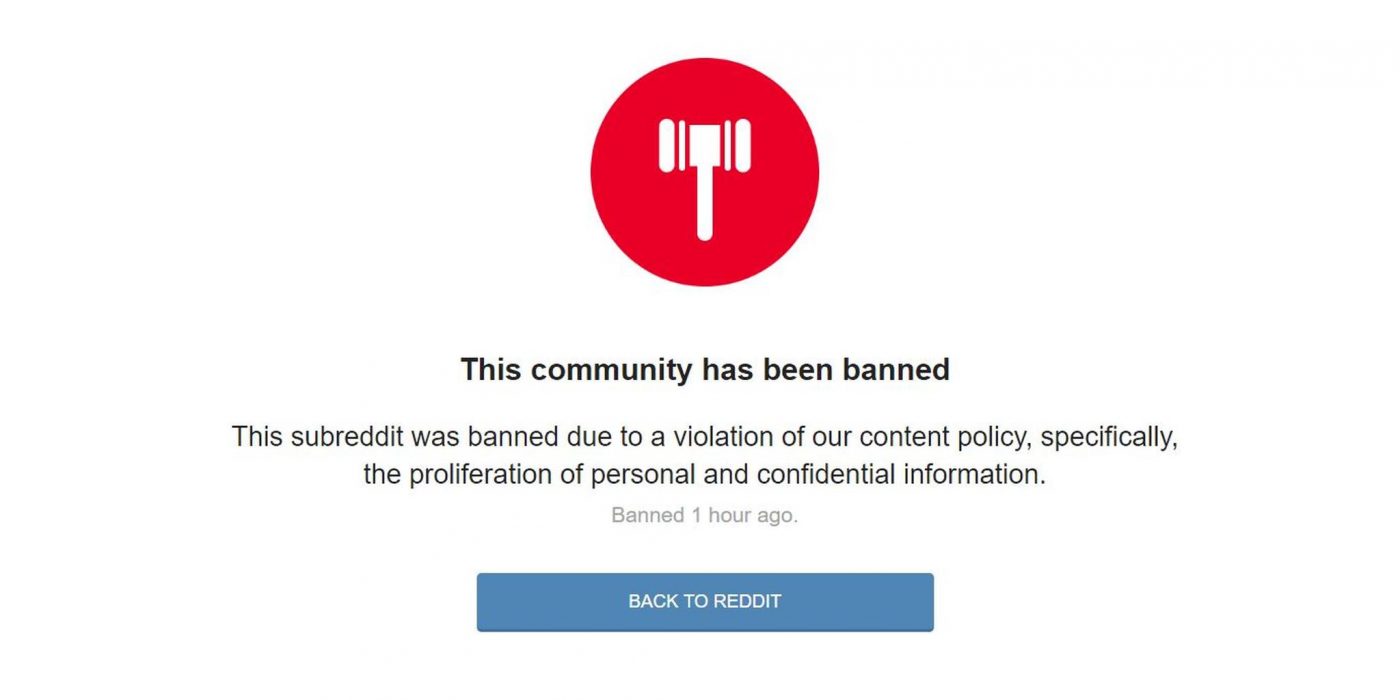 On the evening of February 1st, 2017, the alt right subreddit was banned from Reddit. The alt-right community was shut down for violating the site’s terms of service, according to Reddit.

As one of the moderators at the subreddit, I would say we are pretty vigilant about trying to abide by Reddit’s terms of service by removing “hate” speech such as slurs or taking down material that is proliferating personal information of people i.e. “doxing.” In fact, we were purposely hyper-vigilant by having absurd warnings like NSFW tags on posts and an age restriction warning on the subreddit just to inform readers that they were entering a “dangerous” part of the internet.

The only incidence where our subreddit may have violated these terms of service was promoting the WeSearchr bounty that was looking to bring justice to the masked man who assaulted Richard Spencer, President of the National Policy Institute and Editor of Radix Journal and AltRight.com. This would not be the first time someone has been removed from a social media platform for promoting WeSearchr. I should know because I was banned from Twitter for promoting that exact WeSearchr bounty. Twitter informed me I was taking part in “targeted harassment” and then had my appeal denied. Apparently, trying to identify a criminal is now considered “doxing” but I digress.

As one of the moderators of /r/altright, I believe this is just part of a greater political witch hunt that we have seen heating up over the years. The alt right movement is known for dabbling in various forms of thoughtcrime i.e. talking about race realism, ethno-nationalism and Jewish influence in society. The alt right movement has been growing exponentially over the past few years and exploded onto the mainstream political scene in 2016 during the Trump presidential campaign when Hillary Clinton gave a speech specifically denouncing the movement.

It is pretty apparent to me that this banning was nothing more than an attempt to censor our ideas from reaching more people. The alt right movement has been extremely successful at utilizing social media to grow their size and influence. It is clear that our political enemies feel threatened by us. In order to combat this new type of censorship that comes from our corporate elites, right-wingers will have to create their own platforms in which they can assure that their speech will not be silenced. However, they should not abandon attempting to fight the culture war on these platforms. It is an uphill battle but we must form these cyber beachheads in order to reach new people. We must create our own institutions and we must attempt to invade theirs as well.

For now, the alt right subreddit community will be re-grouping over on a platform dedicated to free speech known as Voat. You can find them at the subverse (their version of a subreddit) /v/identitarian. Voat will end up being a temporary home for the Alt Right subreddit. In the future, our new home will be here at the AltRight.com Forum.

Topicscensorshipreddit
Share on FacebookShare on TwitterShare on RedditShare on VKontakte