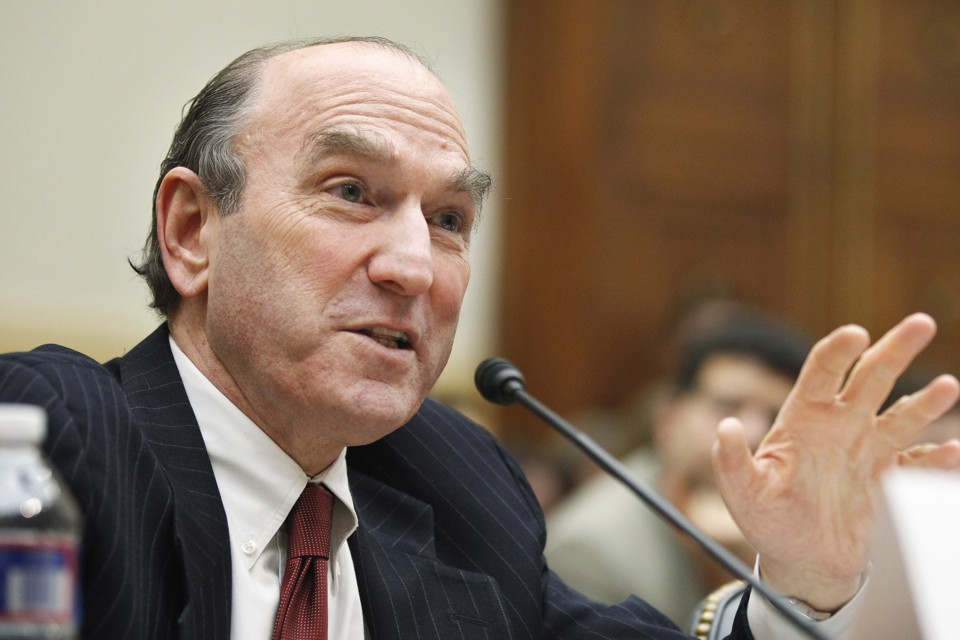 This is a relief.

There had been talk that Elliot Abrams was going to be “Trump’s neocon.” In the end, Rex Tillerson wanted him to be Deputy Secretary of State, but President Trump wisely overruled him:

“Mr. Trump overruled his newly minted secretary of state, Rex W. Tillerson, and rejected the secretary’s choice for his deputy at the department, two people briefed on the decision said Friday.

The deputy’s job was denied for Elliott Abrams, a conservative who had served under President Ronald Reagan and President George W. Bush, deals a blow to Mr. Tillerson in his first week on the job. The rejection of Mr. Abrams leaves Mr. Tillerson without a sherpa to help guide the first-time government official around the State Department headquarters …

But after it took place, Mr. Trump learned of Mr. Abrams’s pointed criticisms of the president when he was running for president, the administration official said. Among those criticisms was a column headlined “When You Can’t Stand Your Candidate,” which appeared in May 2016 in The Weekly Standard.

Mr. Trump has been increasingly focused on who was with him or against him during his campaign, according to several people who have spoken with him in recent days. …”

We don’t want neocons anywhere near the State Department.

Virtually every single one of the neocons publicly trashed President Trump during the campaign. The only exceptions that come to mind are Gentiles like Dick Cheney and John Bolton. There was a noticeable divide between the Gentile and Jewish neocons on the Trump Question. Hopefully, the neocons are now blacklisted and this albatross will become the Democratic Party’s problem.