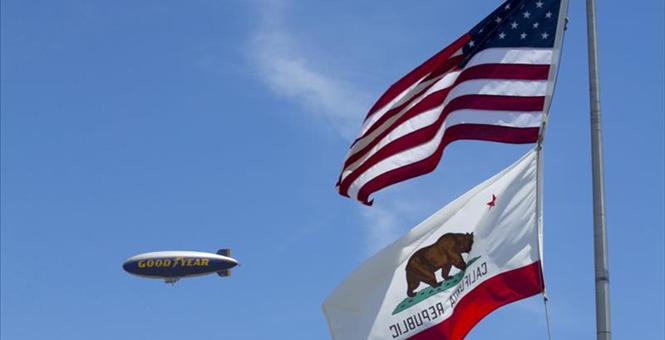 “Over sixty percent of California voters went for Hillary Clinton — a margin of more than 4 million votes over Donald Trump.

Since Clinton’s defeat, the state seems to have become unhinged over Trump’s unexpected election.

“Calexit” supporters brag that they will have enough signatures to qualify for a ballot measure calling for California’s secession from the United States.

Some California officials have talked of the state not remitting its legally obligated tax dollars to the federal government. They talk of expanding its sanctuary cities into an entire sanctuary state that would nullify federal immigration law. …

In eerie irony, liberal California is now mirror-imaging the arguments of reactionary South Carolina and other Southern states that vowed to go it alone in 1860 and 1861. …”

This is a very interesting comparison.

Clearly, California is asserting the right of a state to nullify federal immigration laws. It is at the stage where South Carolina was with Andrew Jackson in 1832. This time around though Heartland is the more populated, industrialized region in control of the idea of “America.”

California would lose a Second Civil War. The United States Pacific Fleet would blockade the coast. The polygot multicultural society wouldn’t defend the coastal oligarchy. The wildfires would rage out of control. The water supply could easily be shut down. The coal, oil and natural gas would be shutdown. What would California win its independence with? Hollywood movies? Apps?

Update: Rep. Tom McClintock of California is comparing the Democrats to antebellum nullifiers and secessionists. Could McClintock be a future Parson Brownlow-style loyalist?

Update: Steve Forbes has a big new article on the Civil War 2:

“THE MOVEMENT AFOOT in California to have the state secede from the Union–advocates call it Calexit–is gaining publicity if not support. One poll shows 32% of Democrats ready to vote yes on a pullout referendum. Petition signatures are being collected to get the question of ditching the good ol’ U.S.A. put on the ballot. One secession-advocate group has received financial support from–you guessed it–Vladimir Putin’s Russia. …”