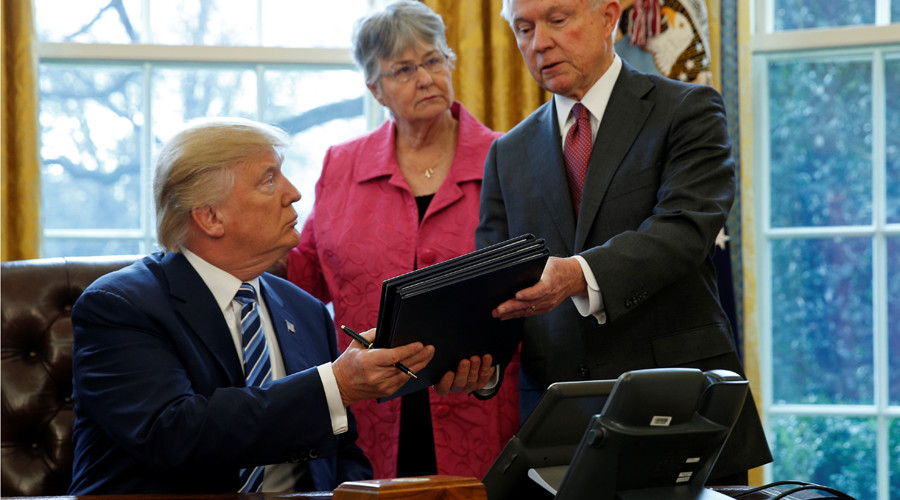 Just look at this.

Attorney General Jefferson Beauregard Sessions III sworn in as Attorney General in the backdrop of an anti-crime crackdown on drug cartels, gang members and violence against police officers:

“President Trump signed three executive actions Thursday morning to further his “law and order” agenda, including orders to crack down on international crime and crimes against law enforcement.

Here’s the best part though: you can see the looming portrait of President Andrew Jackson in the Oval Office in the background! Spectacular optics!

Note: Less than a year ago, the cucks were cheering on the effort to replace Andrew Jackson on the $20 bill with Harriet Tubman.