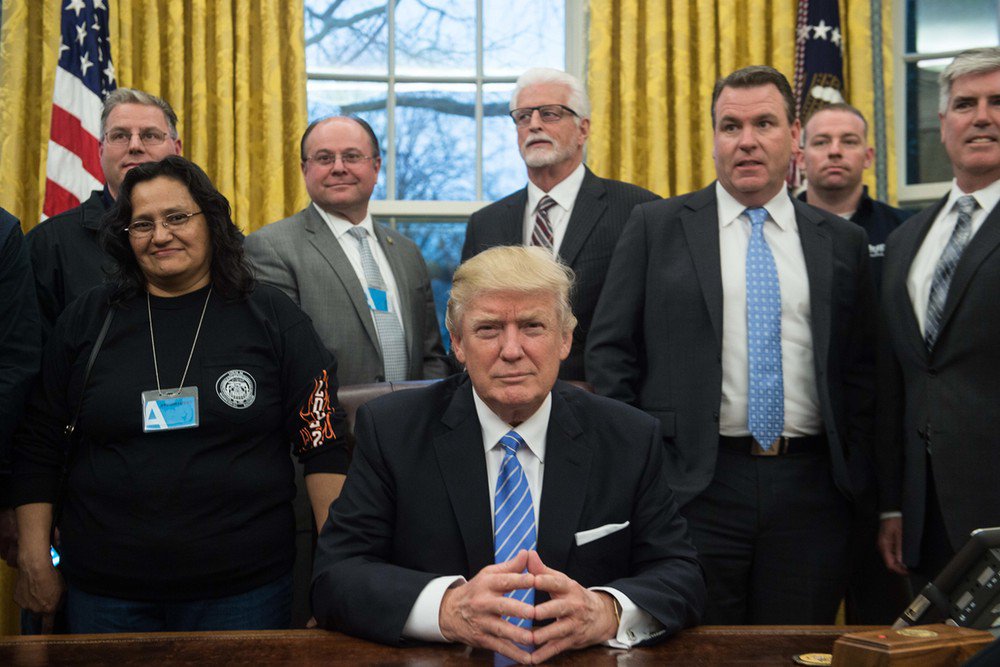 The Left Turns Against The Building Trades

If it were not for “conservatism,” the divorce would have happened a long time ago:

“Days after the inauguration, the leaders of several building trade unions met with President Donald Trump at the White House, outraging those on the left who want organized labor to lead the resistance to the president’s anti-worker policies. The building trades cited Trump’s call for infrastructure investment and their warm personal relationship with him as reasons to be optimistic about his presidency. As reported in The New York Times, Sean McGarvey, president of North America’s Building Trade Unions, stated, “We have a common bond with the president. We come from the same industry. He understands the value of driving development, moving people to the middle class.” Laborers International Union of North America (LIUNA) President Terry O’Sullivan talked of Trump’s “commitment to creating hundreds of thousands of working-class jobs.” …

This kind of behavior is hardly new. The building trades have long aligned themselves with racist and exclusionary forces. The labor movement’s first major legislative victory in the United States was the Chinese Exclusion Act of 1882, which originated with California workers angry about Chinese competition. The trades consistently supported immigration restriction well after the Immigration Act of 1965 reopened America’s borders to the world’s tired and poor. The Congress of Industrial Organizations, founded in 1935 by United Mine Workers of America President John L. Lewis to organize the millions of workers in the nation’s industrial sectors, was necessary because the trades not only refused to allow women, Asian-Americans, African-Americans, and unskilled workers into their unions, but also opposed any effort by other unions to organize them. …”

What do the building trades have in common with the contemporary Left?

The obese, tattooed, blue-haired lesbians wearing vagina hats and screaming in the streets about misogyny? The Black Lives Matter radicals rioting in Ferguson, Charlotte and Milwaukee? The SJW snowflakes having meltdowns on college campuses like Mizzou and Berkeley? The effeminate, condescending Pajama Boy progressives who write for websites like Vox.com?

As Vladimir Putin said, FDR must be spinning in his grave. These people have wrecked the Democratic Party. Consider the Democratic Party used to dominate the Solid South. Traditionally, The Democracy as it was once known united the South with the Northern White working class. Trump’s coalition appears strange, but it is actually a reversion to an older alignment.