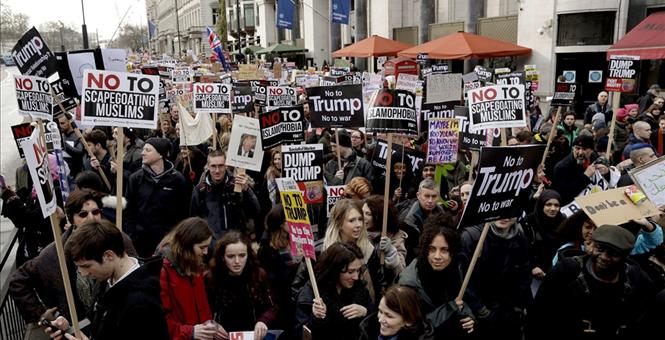 At some point, everyone will have to choose a side:

Leftists don’t merely disagree with you. They don’t merely feel you are misguided. They don’t think you are merely wrong. They hate you. They want you enslaved and obedient, if not dead. Once you get that, everything that is happening now will make sense. And you will understand what you need to be ready to do.

You are normal, and therefore a heretic. You refuse to bow to their idols, to subscribe to their twisted catechisms, to praise their false gods. This is unforgivable. You must burn.

Crazy talk? Just ask them. Go ahead. Go on social media. Find a leftist – it’s easy. Just say something positive about America or Jesus and they’ll come swarming like locusts. Engage them and very quickly they will drop their masks and tell you what they really think. I know. I keep a rapidly expanding file of Twitter leftist death wish screenshots. …

They hate you, because by defying them you have prevented them from living up to the dictates of their false religion. Our rebelliousness has denied them the state of grace they seek, exercising their divine right to dictate every aspect of our puny lives. Their sick faith gives meaning to these secular weirdos, giving them something that fills their empty lives with a messianic fervor to go out and conquer and convert the heathens.

And the heathens are us….”

It’s either going to be us or them. Someone is going to rule this country.

Did you watch the videos in the previous thread? They’re chasing people. They’re setting fires, spitting on people, breaking windows, assaulting people, looting stores, screaming and hollering. They’re rioting in the streets and losing control of their emotions. It’s a meltdown.

If you saw your dog doing that in the front yard, you would suspect it has rabies. I sit here at my desk, watch these videos, read news stories and laugh, but is it really funny? I’m not having the same emotional reaction. They’re expressing raw hatred and anger even to the point of violence whereas I am just experiencing a combination of amusement, concern, disgust and contempt.

I just don’t have that witch hunting mentality. I don’t feel the same compulsion to impose my views on others. I really don’t care if they are spouting off. They feel a deep unease if someone in their area is not being politically correct. Theirs is the culture of the Scarlet Letter and the Salem Witch Trials. I know deep down in my bones that IS NOT my culture.