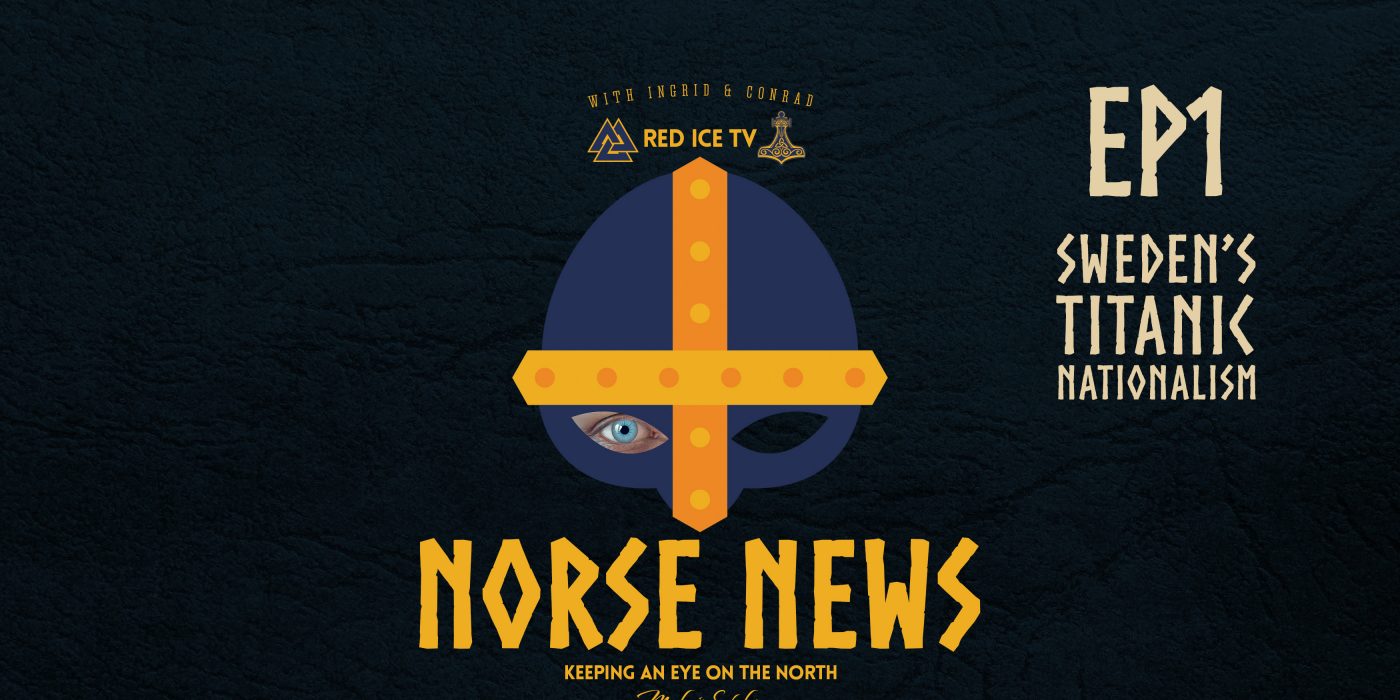 Norse News is here! A monthly update on the horrific things that are going on in Sweden and the rest of Scandinavia. Sweden is the canary in the multicultural coalmine. What happens here will come to the rest of the Western world if we don’t say: Stop it right here!

Norse News is keeping an eye on the North. We give you the latest news and scandals from Scandinavia.
Norse News is a collaboration between Red Ice TV and Ingrid & Conrad.

1. Political Scandal of the month: 2:33
Katerina Janouch, a Czech born Swedish author expressed concerns in Czech television over how Sweden is developing – and gets scolded by Sweden’s Prime minister.

2. The problem with Sweden 9:42
We suffer from Titanic nationalism. Sweden is the “unsinkable nation”. We are so convinced that our society is the best and most stable that has ever existed. Nothing bad can ever happen to us.

5. Idiots in the Media 39:20
Peter Rawet, from the Swedish Television, makes a fool of himself outside the Trump inauguration. You’ve never seen anything like it!

Support our individual broadcasts to help us continue the show.

TopicscrimeimmigrationIslammulticulturalismnationalismSweden
Share on FacebookShare on TwitterShare on RedditShare on VKontakte