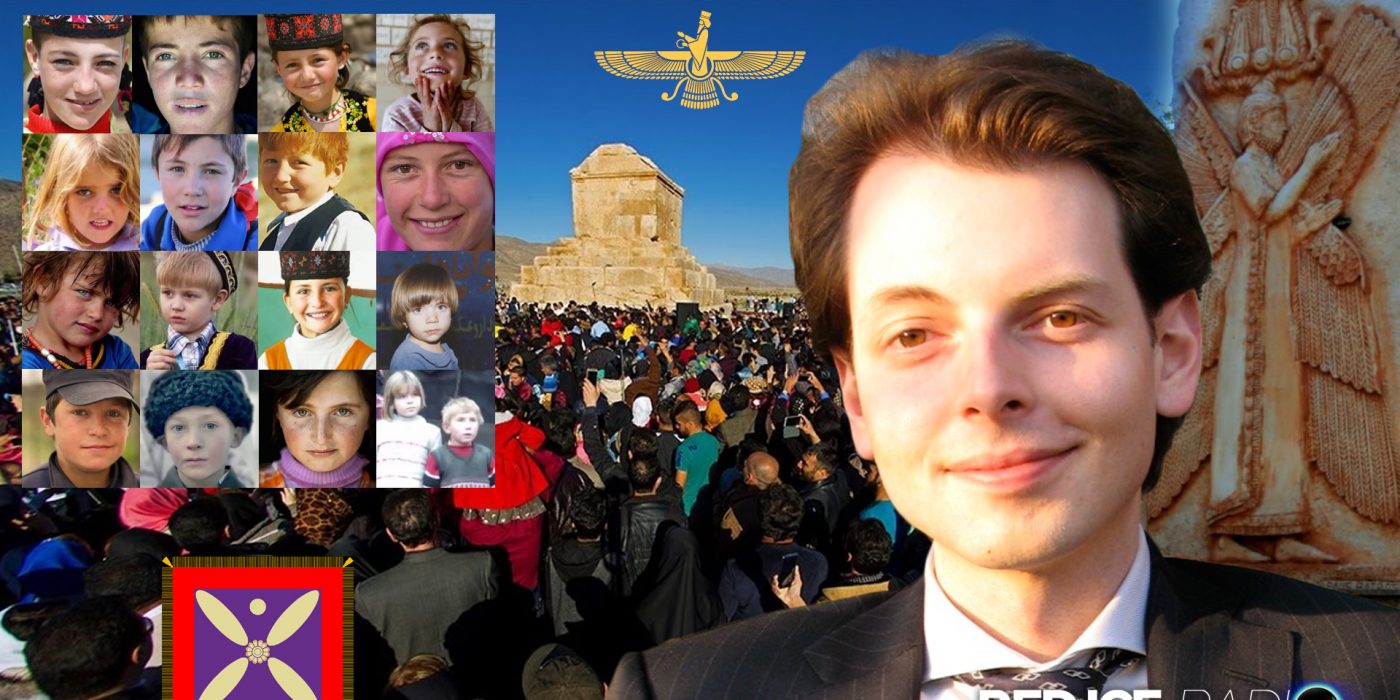 Jason Reza Jorjani, PhD is a native New Yorker and Iranian-American of Persian and Northern European descent. After receiving his BA and MA at New York University, he completed his doctorate in Philosophy at the State University of New York at Stony Brook. Jorjani currently teaches Science, Technology, and Society (STS) at the New Jersey Institute of Technology. He is the author of Prometheus and Atlas (Arktos, 2016). Dr. Jorjani is also a member of the Iranian Renaissance movement.

Jason returns to Red Ice for another fascinating show, this time on the subject of Iran. To begin, Jason tells us about the Iranian Renaissance Movement, including its history and goals. Jason clears up some misconceptions about the movement, and assures us that its success would only benefit Europeans. We then dive into the history of Iran, starting with the Aryans. We discussing the origins of the very term “Aryan”, and clarify that the Aryans were, in fact, White. Jason sheds light on the relationship between ancient Iran and classical Greece, explaining that the Iranian spirit had far more in common with Sparta than Athens. The first half of our show also deals with a variety of historical figures in Iranian history, including Zarathustra, Cyrus, and Ferdowsi, in addition to touching on many other aspects of Iranian history.

In the members’ segment, we continue our conversation on the history of Iran. We begin by discussing the Mohammad Reza Pahlavi, the visionary ruler who modernized Iran but was later forced into exile after a Western-backed coup. Jason tells us about the the Islamist takeover in 1979, and we ponder why Western elites would want Iran to become an Islamic theocracy. We discuss Barack Obama’s betrayal of Iranians, the Arab Spring, and the rise of Isis. Jason explains how to Make Iran Great Again, and outlines his hopes for Trump’s Iran policy. The members’ segment also explores Iran’s place in the wider Indo-European world, and the possibility of an Indo-European World Order.