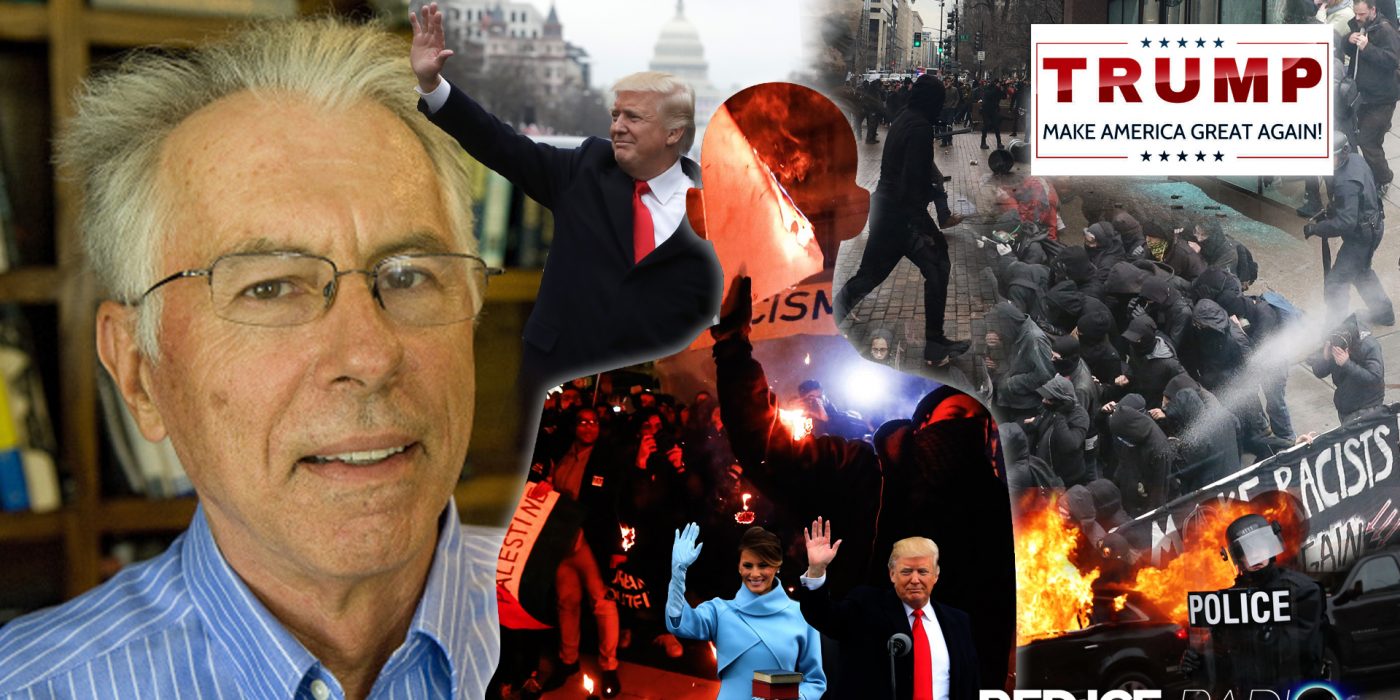 Dr. Kevin MacDonald has a Ph.D. in Biobehavioral Sciences and is an expert on Jewish influence and identity. He is also the editor and chief contributor of The Occidental Observer, an online publication that focuses on White identity, White interests, and the culture of the West. Dr. Andrew Joyce is a scholar, speaker, and writer with academic expertise on immigration, ethnic and religious conflict, and philosophy. Andrew sits on the editorial advisory board of The Occidental Quarterly and is also a regular contributor to The Occidental Observer.

Kevin and Andrew return to Red Ice for a fascinating discussion on escalating Leftist violence, Trump’s presidency, and much more. We begin by looking back on Trump’s first two weeks in office. Kevin discusses the hysteria on the Left, while Andrew tells us that he is pleasantly surprised to see Donald Trump deliver on his promises. We talk about the Trump administration’s plans to cease monitoring “White supremacist” organizations, and instead direct its counter-extremism efforts towards radical Islamists. Later, we switch gears to consider the increasingly violent nature of the Left and the future of civil unrest in America. We discuss the recent riots at UC Berkeley, Black Lives Matter, and Inauguration Day violence. The first hour also covers the petition to ban Trump from the UK and the specifics of his 90-day travel ban.

In the members’ hour, we begin by discussing the Left’s silence over Trump killing the Trans-Pacific Partnership. We observe how the Left, which has historically been concerned with economic issues and workers’ rights, is now more concerned with pushing an anti-White agenda. Kevin traces this back to the Frankfurt School, whose thinkers became disenchanted with the White working class after it supported Hitler in Germany. We discuss how this led to Jewish intellectuals becoming increasingly distrustful of White populism – a trend that continues to this day. Later, we talk about Jared Kushner, and consider whether or not there is a group of “rogue Jews” surrounding Trump who wish to take America in a different direction – for the sake of both Israel and America. The members’ hour also explores Trump’s statement on International Holocaust Remembrance Day, Steve Bannon, and the problem with excessive individuality in the West.