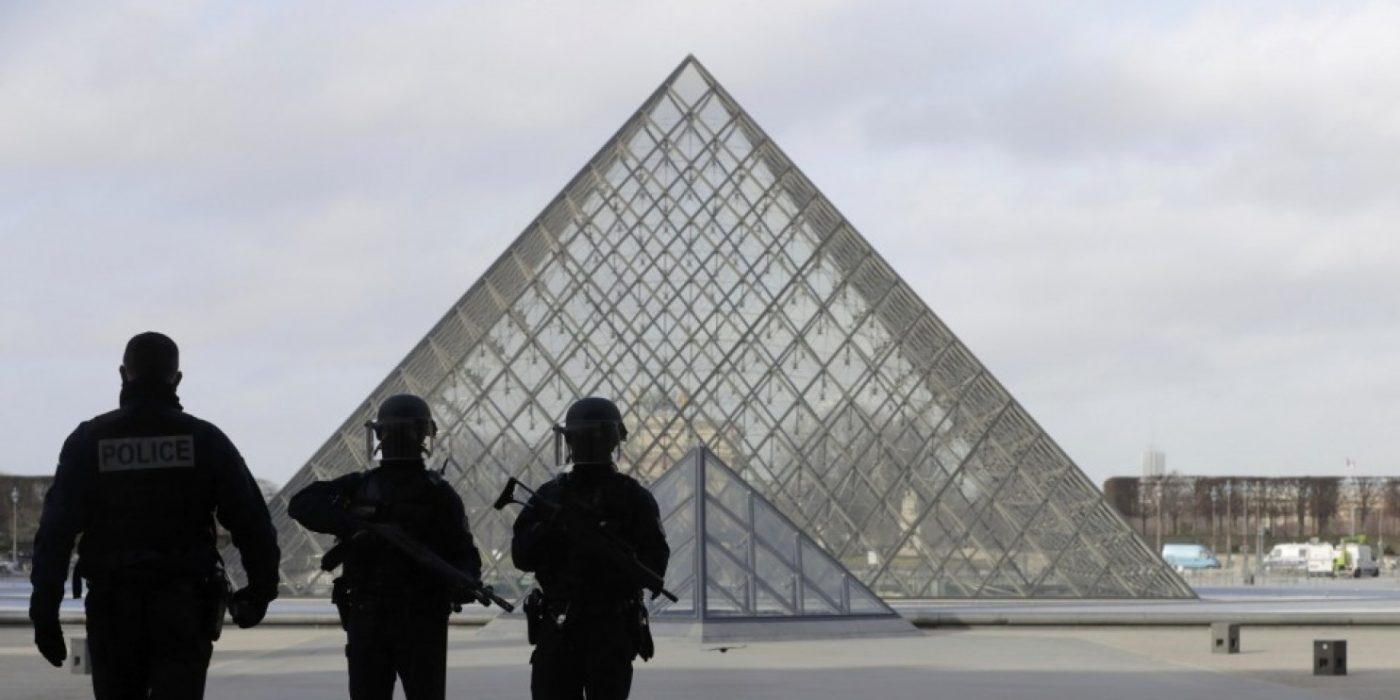 Do you think it is possible for French President François Hollande’s approval rating to sink below its current 4 percent?

“PARIS — French soldiers opened fire on a man wielding a machete who shouted “Allahu akbar” as he attacked them near the Louvre museum in Paris on Friday. The attacker was seriously wounded and has been hospitalized.

The incident happened at the Carrousel du Louvre, an underground shopping center that connects to the museum. The world-famous Louvre is home to Leonardo da Vinci’s Mona Lisa. It wasn’t immediately clear if any tourists were at the scene of the attack at the time.

Yves Lefebvre, a police union official, said the attacker, who was carrying two backpacks and two machetes, attacked a soldier when he was told that he couldn’t bring his bags into the mall.

“That’s when he got the knife out and that’s when he tried to stab the soldier,” Lefebvre said, according to the Associated Press.

French President François Hollande said there’s “no doubt” that the attack was of a “terrorist nature.” Hollande said Friday that the situation is “totally under control” but the overall threat of terrorism to France remains, the AP reported. …”

A new radical Islamic terrorist has just attacked in Louvre Museum in Paris. Tourists were locked down. France on edge again. GET SMART U.S.

“The comments came a day after President François Hollande of France, who unlike Ms. Merkel is not running for re-election this year, said he had reminded Mr. Trump of his “conviction that the ongoing fight to defend our democracy will be effective only if we sign up to respect to the founding principles and, in particular, the welcoming of refugees.” …

As we have seen here, these small-scale knife and machete attacks by jihadists are nothing new in Europe: I’ve covered at least three in Belgium, one in Toulouse, France, one in Magnanville, France, the beheading of the French priest in Rouen, one in Russia, one in London in the UK, and at least two in Germany. There have undoubtedly been many more of these small-scale machete attacks in Europe over the past few months, but they haven’t been newsworthy enough to break into the news cycle in the United States with everything else that has been going on here.

It is actually even more complicated. There are refugee crimes involving machetes as well as mass shootings in Europe which are not terrorism, but ordinary crimes of passion. There are also the much more well known truck attacks like Nice and the Berlin Christmas Market, suicide bombings like Ansbach, mass sexual assaults like Cologne, gang rapes in Germany, bombings like in Brussels and mass slaughters like the Bataclan and Charlie Hebdo.

I’m sure this taxonomy of refugee and immigrant violence in Europe will grow in the years ahead. The truck attacks are a recent innovation. Europe is becoming less safe by the day. Angela Merkel’s government even has a website which instructs refugees in how to literally **** their country. These liberal democratic politicians blessed a Muslim invasion without giving any thought to the consequences. And yet, these failures give human rights lectures to our president!