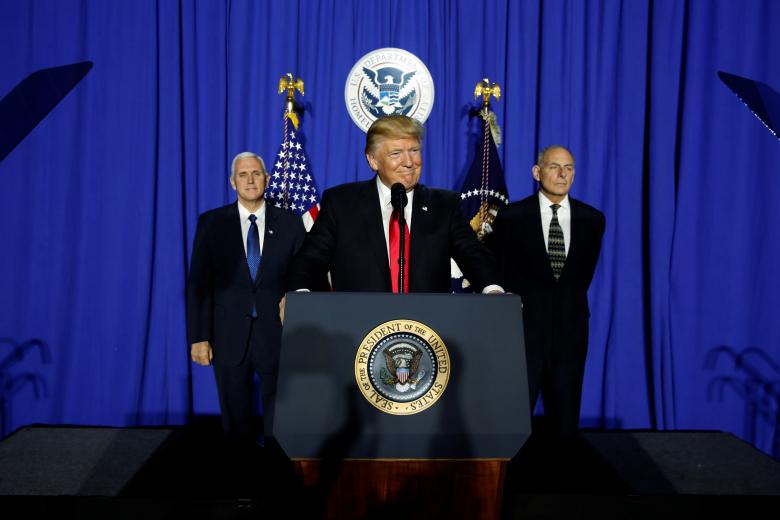 Are you tired of winning?

“The Trump administration wants to revamp and rename a U.S. government program designed to counter all violent ideologies so that it focuses solely on Islamist extremism, five people briefed on the matter told Reuters.

Such a change would reflect Trump’s election campaign rhetoric and criticism of former President Barack Obama for being weak in the fight against Islamic State and for refusing to use the phrase “radical Islam” in describing it. Islamic State has claimed responsibility for attacks on civilians in several countries. …

Among those approved were local governments, city police departments, universities and non-profit organizations. In addition to organizations dedicated to combating Islamic State’s recruitment in the United States, grants also went to Life After Hate, which rehabilitates former neo-Nazis and other domestic extremists. …”

In The Case for Trump: Organizing, I predicted this would happen last fall:

“If Trump wins, we will have someone who we know is sympathetic to the Alt-Right at the top of the system. If Hillary wins, we will have an avowed enemy. How does that affect the Justice Department and Homeland Security? How does that affect all these groups like the FBI which have personnel dedicated to undermining “rightwing domestic extremist” organizations? It will have a huge downstream effect for sure.

In a consolidated government, power is concentrated in Washington and comes from the top down, and with Trump at the top of the system with the powers of a pharoah it won’t function as we are accustomed to dealing with it anymore. Just as the US federal government won’t be in the business of trying to sabotage nationalism abroad in order to prop up its allies, it won’t be doing it in the same way at home either. …

Obama has used the FBI, the IRS, the Justice Department and the Department of Homeland Security against his rightwing enemies. What could we learn about our leftwing enemies? He’s got Stephen Bannon in charge of his campaign. Show them what WAR means! …”

“It’s a stunning thing, that a white supremacist would be a permanent member of the National Security Council,” Pelosi said at her weekly news conference.

Why should the Trump administration fight with us?

The Alt-Right has been his strongest supporters. We have supported him since Summer 2015. We were the ones who voted for him in the primaries and general election. And besides, the Left is now in a total meltdown mode and they are calling everyone to the Left of Lenin a “white supremacist” and violently lashing out at ordinary Trump supporters, so why maintain their taboos?