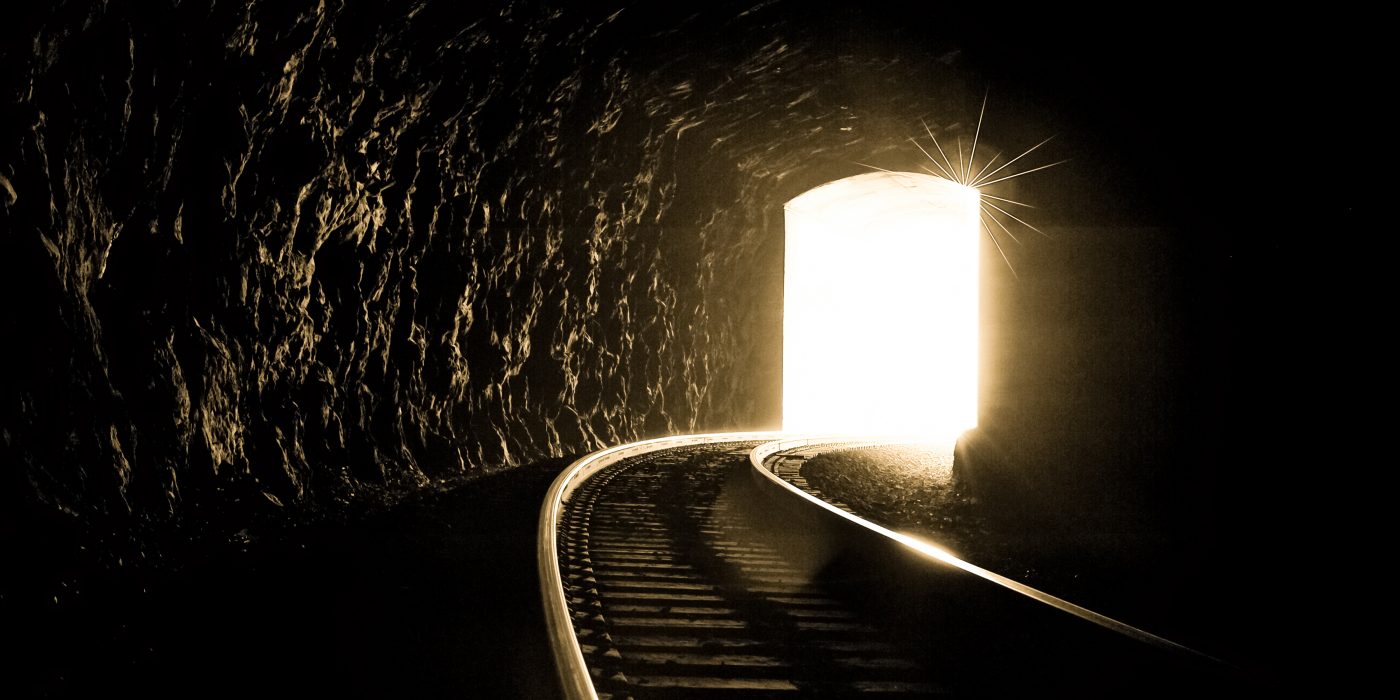 What Is the Alt Right?

This article originally appeared at Katehon.

The Alt Right, which stands for the “Alternative Right,” is an umbrella movement launched in the United States. It challenges both the mainstream Left and Right, which it views as essentially two versions of the same Liberal ideology. American intellectual Richard Spencer is credited with coining this term in 2008; he cemented it by launching AlternativeRight.com in 2010.

At that time, Spencer realized that no existent form of the Right in the United States suited his ideological convictions. Indeed, this is what set that country apart from the European continent, where right-wing intellectual and activist life outside the mainstream thrived. In contrast, the Right in the United States comprises mainstream Republicans more interested in tax law than civilizational issues; warmongering neocons keen to export chaos abroad; Libertarians (classical Liberals) concerned about limited government and mental exercises in political abstraction; as well as paleoconservatives interested in simply turning back the clock.

Of these, paleconservatives came closest to the Alt Right in their cautious approach to foreign policy and advocacy of traditional values. However, they either did not fundamentally question the ideology of Liberalism at its roots, along with its economic system, capitalism, or did not thoroughly investigate questions of identity.

A number of key paleoconservative were nonetheless influential on the Alt Right. Patrick Buchanan (b. 1938) is the most obvious example due to his political prominence: he acted as an advisor to presidents Nixon, Ford, and Reagan and sought the Republican Presidential nomination in the 1990s. Buchanan advocates pragmatic foreign policy defined by American interests rather than hegemony for the sake of hegemony in such books as A Republic, Not An Empire. His consecutive text The Death of the West discusses broader civilizational questions.

Another key American figure that the Alt Right traces itself to is Sam Francis (1947 – 2005), a paleoconservative columnist critical of ideologically Liberal models of immigration, multiculturalism, and Washington’s wars, such as the invasion of Iraq. Francis, too, emphasized civilizational issues over all else. He defined authentic conservatism as “the survival and enhancement of a particular people and its institutionalized cultural expressions.” Indeed, Francis de-emphasized the “conservative” part of the “paleoconservative” label, saying that he did not want the status quo preserved.

This criticism of mainstream conservatism in America — as it attempts to preserve the status quo in a museum-like manner instead of continuity and passing on tradition (deriving from the Latin tradere) — is one that bridges the gap with European thinkers.

The Alt Right draws from the same major intellectuals from the Old World as the so-called New Right on that continent in an attempt to synthesize their thought as a way out from the decadent ideology of Liberalism. These are Friedrich Nietzsche and Martin Heidegger, along with thinkers of the interwar Conservative Revolution in Germany, such as Oswald Spengler, Carl Schmitt, Arthur Moeller van den Bruck, and Thomas Mann, among others. Of particular interest are Spenglerian theory of civilizational decline, Nietzschean emphasis on aesthetics and temporal cycles of eternal return, and Schmittian concept of the Political.

Alt-Right intellectuals do not shy away from employing classic scholars of the Left either. Karl Marx is useful in his criticism of the middle class, whereas critical theory of the Frankfurt School can be equally employed to demystify Liberal forms of authority that it helped erect in the first place.

Contemporary continental European thinkers include Alain de Benoist, Alain Soral, Guillaume Faye, and Alexander Dugin, among others. Despite diversity of thought, what these thinkers have in common is their scathing critique of Liberal ideology at its core, while putting emphasis on authentic, traditional identities.

One of the key issues central to the Alt Right is the question of identity. Its development in the United States has been quite unique as compared to the rest of the rest of the world. This country’s history of colonial conquest of the continent, slavery, various waves of immigration, and politics of segregation over time produced a hyper-racial society. Certain homogenous ethnic and cultural communities, such as the Italians and Irish, certainly exist even if they are waning, as do regional identities, for instance “cowboy culture,” which stretches from Alberta, Canada, to Texas, even surpassing national borders. However, the majority of Americans of European descent simply self-identify as “white.” Similarly, Americans of African heritage of various strands view themselves as a single group. Yet whereas African, Asian, Hispanic, and other minorities see themselves as fairly coherent communities, with their own demands and institutions, Americans of European descent do not have such organizations and representatives. After all, up until the last few decades they were the majority and maintained social hegemony.

This is changing. The combination of demographics and immigration are transforming American whites into a minority, whereas the mainstream culture of stifling political correctness, suicidal tolerance, human rights, secular relativism, mass migration, trash entertainment, and other ideological expressions of Liberalism, not unlike those in other parts of the West, have led to the sense of dispossession and questioning who they are.

Searching for answers, much of the Alt Right comprises younger people no longer connected to the paradigms of the old, from the Cold War to Liberal individualism and its economic counterpart, capitalism.

Some feel connected to Europe because of their ethnic and cultural background, in which religion is not unimportant. Indeed, the majority of the Alt Right is secular but believes in the civilizational importance of Christian tradition. A more religiously oriented minority seeks to reconnect with the Sacred: some have even converted to Orthodox Christianity, which they see as an authentic continuation of Tradition as compared to the degeneration of certain brands of Protestantism to include Postmodern aberrations. Small groups of neo-pagans also exist seeking for the way of out of civilizational decline by looking back to Norse and Slavic gods of the old.

There are two variants of the Alt Right. One is the original Alt Right launched by Richard Spencer. The other comprises a number of figures close to the mainstream, who often speak of the symptoms—not the causes—of civilizational decline in the West, and pick the proverbial low-hanging fruit. The former acts as an intellectual vanguard, while the latter popularizes certain ideas deemed politically incorrect by the Liberal establishment.

The original Alt Right also includes public intellectuals such as Dr. Kevin MacDonald, a now-retired professor of psychology at California State University, whose primary focus has been studying Jewish power structures. Dr. Paul Gottfried, a political philosopher, historian of intellectual history, and a retired Professor at Elizabethtown College, whose scholarship focuses on the criticism of neoconservatism. Although Dr. Gottfried considers himself a paleoconservative, he was one of the first notable figures to use the term “alternative right” next to Richard Spencer.

The majority of Alt Right is, however, anonymous. One of the main problems for this movement is political persecution of dissidents.

Of course, establishment Liberals do not typically throw their ideological opponents in prison. Instead, by using various tools such as their echo-chamber media or releasing private information known as “doxing,” they throw them into the proverbial poor house instead by ensuring that they become unemployable. This is one of the reasons why it is so important to create tight-knit support networks, so that those engaged in intellectual labor and activism should not fear losing the ability of earning basic income.

Notable members of the Alt “Light” included Milo Yiannopoulos, Mike Cernovich, Gavin McInnes, and Paul Joseph Watson of Infowars, among others. Whereas these public figures do not necessarily self-describe as the “Alt Right,” they serve the function of popularizing ideas challenging the Liberal narrative, such as the absurdity of mainstream Western feminism and the warfare-welfare state, for a vast audience. In other words, these popular iconoclasts “red pill,” to use term lifted from the movie Matrix, broader segments of the population to ideas that they would not have otherwise encountered.

Publishing books and opinion pieces, filming video commentary, organizing events, and creating art are undoubtedly important. Yet one of the most successful ways of discarding old paradigms has also been through humor. This Internet-savvy generation of the Alt Right uses memes in order to mock the mainstream—from “fake news” that typify much of the establishment media to foreign-policy and civilizational questions. In the era of Postmodernity, memes repackage the signfiers and signified of a particular image and caption for desired effect. The so-called meme wars have not only been successful in getting the media’s attention, but remarkably forced Hillary Clinton to denounce the Alt Right and even one of its prominent memes, Pepe the Frog, in a presidential-campaign speech and her website! Indeed, ironically, it is Hillary Clinton’s denunciation that catapulted the Alt Right into the spotlight that it has enjoyed since.

Where Does The Alt Right Go From Here?

Since its inception, the Alt Right has been fighting an uphill battle. And since its rise to international notoriety, it has been punching above its weight. In 2017 and beyond, the Alt Right hopes for consolidation, creation of lasting cultural institutions, new projects in print and film, alternative media, reaching a broader audience, establishing multi-channel connections with its ideological identitarian counterparts in Europe and Russia, and, of course, successful fundraising efforts to facilitate all this.

Certain steps are already being taken: this week, Richard Spencer and Jason Jorjani with Daniel Friberg of Arktos Media launched AltRight.com—a one-stop shop for all things Alt Right, the goal of which is reaching a mass audience, while unifying the movement. All this work for the Alt Right as an intellectual vanguard is not a choice but a necessity. After all, as Conservative Revolutionaries once said: the present has no form.