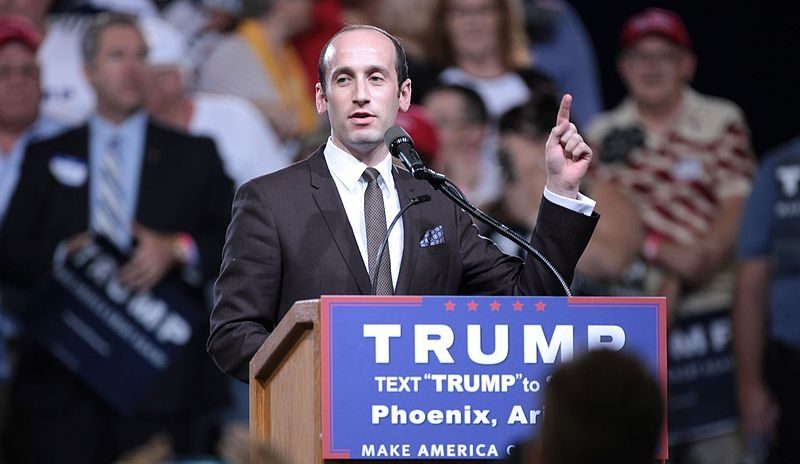 Stephen Miller and Me

My relationship with Stephen Miller (one of Donald Trump’s advisors) has been overblown by the media. No surprise there.

Richard Spencer, a leading white nationalist, said he was a “mentor” to Stephen Miller while at Duke. https://t.co/q2dY0ZO8nK

I knew Stephen Miller while we both attended Duke University some 10 years ago. I was a graduate student in the History Department; he was an undergrad; we were both members of the Duke Conservative Union. I was extremely impressed with him, and I’m happy to have known him. I am not surprised in the least by his success.

After we left Duke, we drifted apart. The last time we spoke was, I think, around 2009. We were friends, but we haven’t been in communication for some time.

Our major collaboration together was a debate on immigration, which brought Peter Brimelow (Editor and Founder of Vdare.com) to Duke’s campus.

I “mentored” Stephen—the word that has become a meme—in the sense that I was little bit older and tried to impress on him the values that drive my thinking.

Our relationship has been reported on accurately by Josh Harkinson (who first broke the story) and Tim Mak. But unfortunately, the “Richard Spencer is Stephen Miller’s mentor” meme has gotten out of hand.

It’s useful to look back at these reports (both of which were written by liberals who are critical of both Stephen and me).

Spencer was more explicit about his views on race and immigration with members of the Duke Conservative Union, where he says he clicked with a columnist for the campus newspaper and fellow DCU member named Stephen Miller. Miller—who would earn acclaim for standing up for white lacrosse players falsely accused of gang raping a black woman—is now a senior adviser to the Trump campaign.

Spencer also defended the Duke lacrosse players, writing about the case for The American Conservative—but that’s not the only reason he and Miller hit it off. Spencer says Miller helped him with fundraising and promotion for an on-campus debate on immigration policy that Spencer organized in 2007 featuring influential white nationalist Peter Brimelow. Another former member of the DCU confirmed that Miller and Spencer worked together on the event. At DCU meetings, according to a past president for the group, Miller denounced multiculturalism and expressed concerns that immigrants from non-European countries were not assimilating.

“It’s funny no one’s picked up on the Stephen Miller connection,” Spencer says. “I knew him very well when I was at Duke. But I am kind of glad no one’s talked about this because I don’t want to harm Trump.”

I never promoted this story. Indeed, many, many journalists asked me if I knew someone on the campaign, and I brushed off the questions. It was only after Josh Harkinson presented me with his research—and he had done a tremendous amount—that I confirmed the relationship and spoke about it publicly.

Tim Mak also quoted me accurately and fairly in his subsequent piece:

“I spent a lot of time with him at Duke… I hope I expanded his thinking… but I think he probably would be where he is today without me as well,” Spencer said, adding that he felt Miller was a “highly competent person, and a brave person.”

There’s no man behind the curtain.

Apparently, Bond, everyone we hate is part of the same sinister organization… pic.twitter.com/mG5mO07XEw