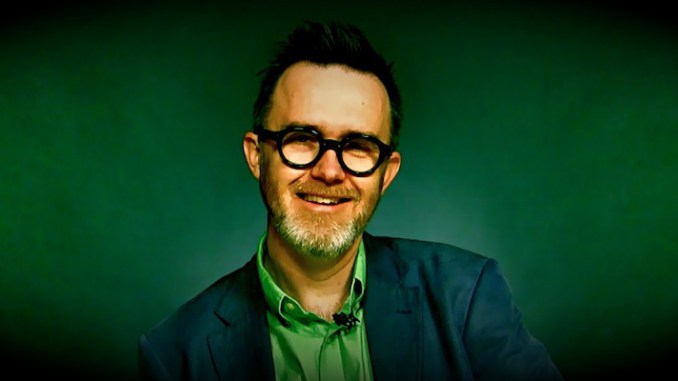 It has only been ten days and look what President Trump has already accomplished:

RETWEET if you think @realDonaldTrump had an amazing first week in office! pic.twitter.com/foma8y7isu

There’s a lot more that we could add here: slamming ‘civil rights icon’ John Lewis, making Chuck Schumer cry crocodile tears, repeatedly labeling CNN, BuzzFeed and The New York Times ‘fake news’, reaching out to Vladimir Putin to end the Second Cold War with Russia, triggering the opposition to the point where they have embraced self-marginalizing tactics like political violence, mass hysteria and dressing up like vaginas and pretending to be dead in public streets.

“But they (we) can’t do that unless we have in our minds clear principles on which we cannot allow ourselves to compromise, or rather, to be compromised. We have to be prepared to lose with honor than win with dishonor, because we fear a judge greater than the voters.

The astonishing audacity and recklessness with which Trump has begun his presidency is a bad sign. For me, it is not so much what he has done (though I do object to some of it) as it is the reckless manner in which he has done it. As every well-raised Southern child knows, manners express morality. Yes, manners are artificial, but they embody a social code that governs the conduct of people who live under it. True, it is always better to do the right thing than to work unrighteousness under the cover of minding one’s manners. But as Brooks points out, there’s something crude and vicious about the way Trump goes out of his way to provoke, to rub the noses of his opponents in the exercise of his power. In Trump’s case, manners express the man.

In other words, we know what kind of president Trump is going to be by the way he has carried out his executive actions so far. He does not consider himself bound by law or custom. He is a law unto himself. …”

Ah yes … “crude and vicious.” Dreher’s head must be spinning.

Why is it crude and vicious? President Trump is already doing exactly what he said he would do during the campaign. He doesn’t consider himself bound by the Republican custom of betraying their own voters to cater to wealthy interests who want things like the Trans-Pacific Partnership and unlimited Third World immigration. We’re already seeing an amazing display of virtues like loyalty, courage and fortitude that we are not accustomed to seeing from our spineless Republican leadership.

Winning is not the way “conservatives” are accustomed to doing things in Washington. It strikes them as audacious and reckless because they are so weak and cowardly:

1/ President Trump has already shown that the billions of dollars squandered on Conservatism, Inc. for decades was a complete waste

2/ Look what President Trump has already accomplished by ditching those cucks. They were always an albatross to the Right

3/ The only thing these cucks have accomplished was policing the Right. Do you remember how desperately they wanted to lose to Hillary?

4/ Do you think the cuckservative braintrust could have won Pennsylvania, Michigan, Ohio, Iowa and Wisconsin? Of course not

5/ The Alt-Right said all along that the cucks were born losers. Get rid of them and the problem is solved. We were right

6/ President Trump has done more for us in a week than George W. Bush did in eight years. More for us than Congress has in decades

7/ The cucks spent decades screwing us over with free trade and open borders. They didn't want to solve the problem. Answered to donors

8/ This is why the cucks fought to hard against President Trump. If he won, he could prove they were the problem all along

9/ Once the people realized that Conservatism, Inc. was a scam and they weren't needed anymore, they would lose control. It was terrifying

10/ We don't need or want these losers anymore. It is time to dump them in Congress and the states

11/ Do you wish that we would have gotten a President ¡Jeb! or President Mitt Romney instead of @realDonaldTrump? I don't!

Why do you think they never conserved anything? They were pushovers.

It pains me to say it, but Rod Dreher has written an entire book called The Benedict Option which turns the cowardice, meekness and weakness of contemporary evangelical Christianity into a comprehensive strategy of cultural and political surrender. Just imagine where the Right would be right now if we had Dreher and the “Benedict Option” instead of President Trump.

Unlike his critics, President Trump has a sense of honor, which is one of the main reasons the Alt-Right was so attracted to his candidacy. We liked him because he WASN’T a conservative. He defends his name and reputation. He doesn’t back down from fights. He isn’t intimidated when he is called mean names. He doesn’t consider confrontations to be bad manners. He feels a sense of obligation to his supporters. He doesn’t care what a bunch of worthless pundits are saying.

It is worth contrasting what President Trump has already accomplished with the billions of dollars and millions of votes that was squandered on Conservatism, Inc. over the course of several decades. What do you think would have happened if ¡Jeb! or Marco Rubio or Egg McMuffin had won these presidency? Do you think we would have had all these amazing victories? I don’t.

President Trump isn’t a “True Conservative.” Judging by what he has already accomplished, maybe “True Conservatism” isn’t the way to go. What would Congress look like today if we had fewer of these “true conservatives” like Egg McMuffin, whose previous job was Chief Policy Director for the House Republican Congress, and more congressmen, senators, governors and state legislators like President Trump? What if the Right had fewer “true conservative” pundits and intellectuals?