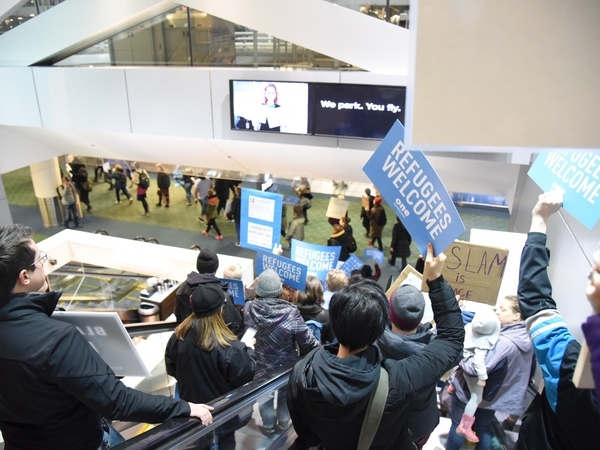 Who is a Nazi?

If you support President Trump, the Left has decided that you are a Nazi and that political violence against you is legitimate. This is why I made such a big deal about it when Richard Spencer was attacked in DC. It was clear to me that the unhinged Left was crossing a major line. In the eyes of these people, we’re all Richard Spencer. We’re all Nazis.

Standing shoulder to shoulder at #PDX airport to send a message loud and clear to @realDonaldTrump: #NoBanNoWall #RefugeesWelcome. pic.twitter.com/x2K0cal9wP

Note: Sen. Jeff Merkley was there with the lynch mob chanting “peaceful protest.”