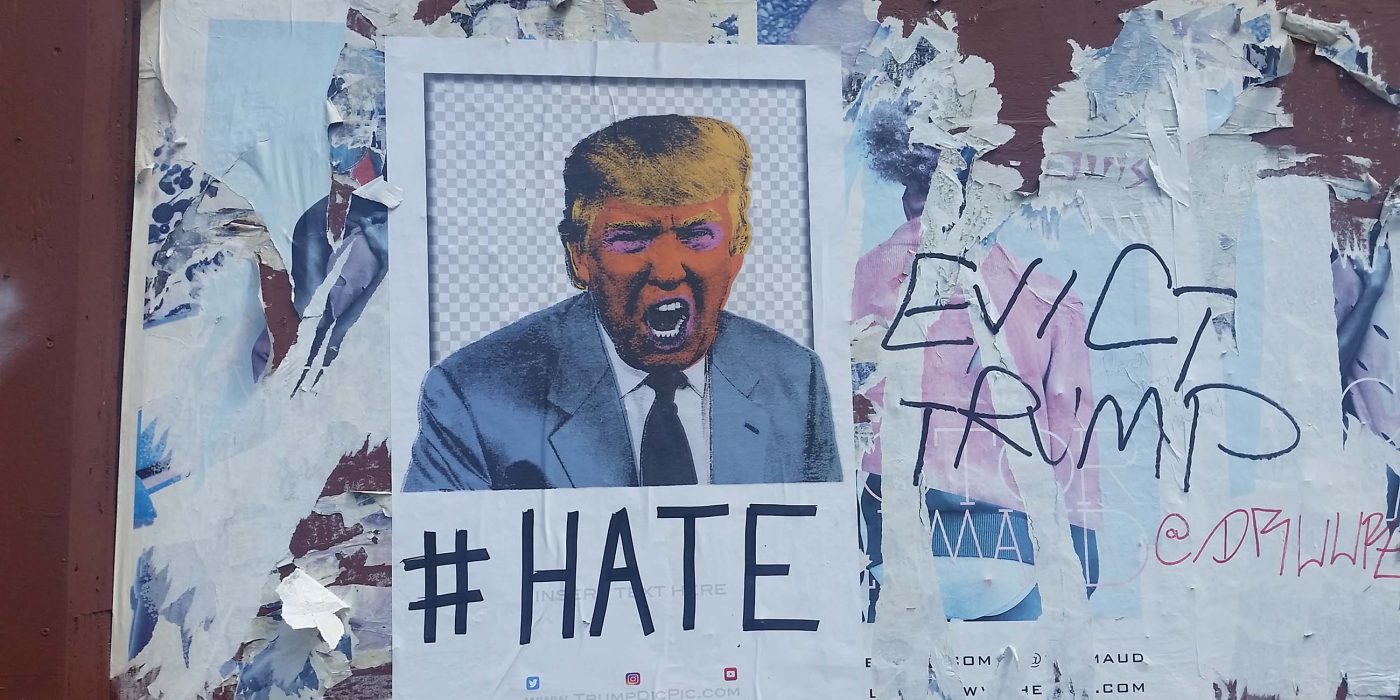 This is great news.

As I expected, President Trump is already having a salutary effect on the legitimacy of the fake news media, the traditional power of the cucks to police the Right, and the ability of the political establishment to enforce its preferred values through the dominant system of taboos:

“ONE OF THE KEY findings in the scientific study of prejudice is that while overt expressions are decreasing, discriminatory beliefs, feelings, and attitudes are by no means going away. Rather, they are more appropriately described as being hidden away — and just as there are forces that can keep negative thoughts and behaviors suppressed, there are other forces that can unleash them.

A perceived social norm is one such powerful force, as a well-known experiment from the 1960s demonstrated. …

Tstrikingly well. In another study from our lab, we asked some participants to rate 105 social groups (e.g., Blacks, feminists, lazy people, drunk drivers) on a scale similar to the one used in the more recent analysis. We also asked a separate group of people to rate how acceptable it was to feel negatively toward these same groups — the perceived norm of prejudice. In the end, participants’ individual reports of their own prejudice correlated almost perfectly with reports from the other group on perceived norms, suggesting that ambient cultural norms relating to prejudice are a powerful force in the creation of an individual person’s prejudice.

These findings aren’t all that remarkable, and there is no shortage of research demonstrating that people are highly responsive to their community’s accepted displays — or suppression — of prejudice. More simply: people express the prejudices that are socially acceptable and they hide the ones that are not. The election of Donald Trump did not create new prejudices, but by changing what a significant percentage of the population believes to be acceptable, his victory has almost certainly unleashed prejudices in people who already had them. …”

President Trump sent out this tweet a few hours ago:

Where was all the outrage from Democrats and the opposition party (the media) when our jobs were fleeing our country?

If President Trump doesn’t care when fake news media calls him names, why should anyone else? Why should they decide who is respectable? They are nothing but the opposition party. They have no legitimate right to dictate our national values anymore.

I was thinking this through in August:

“What would America be like under a Trump presidency? How would it be different? It would be very different in one key respect: Trump would have won in spite of being called a racist, bigot, fascist, xenophobe, nativist, sexist, etc. He will have explicitly campaigned against political correctness and will have been rewarded by sailing to the White House. His followers will expect change on that front. He will have the bully pulpit of the presidency which commands national attention and he can say whatever he wants. Think about it: with a tweet, Donald Trump can set off a media firestorm and drive the news cycle for weeks. …

Here’s a scary thought for our leftist friends: if Trump wins, then it will mean the SPLC, the media, the subservient cuckservative establishment, all the experts and intellectuals, and the Democratic Party will have thrown everything they had at him – especially the race card – and lost to a popular revolt by White America. The powerful won’t look so powerful anymore to all those aggrieved people, will they?

If Trump punches through that and wins (he’s back on top by 2 in the latest LA Times poll), we might see the reigning taboos buckle and crumble without the usual pressure coming from the top down. Can you imagine a world in which White Nationalists have come out of the closet, the charge of “racism” elicits only a “meh” and shrugged shoulders, and we have begun to openly organize? …”

OMG! #ImDying?? @POTUS calls out “Head Clown”?Schumer over his “Fake Tears”! Wants to know who is “acting coach” is!https://t.co/Ut4hubmtMX

After four years of this, maybe even sooner, after hundreds of these news cycles the legitimacy of the political class and its reigning taboos will be like the Romulan Senate: