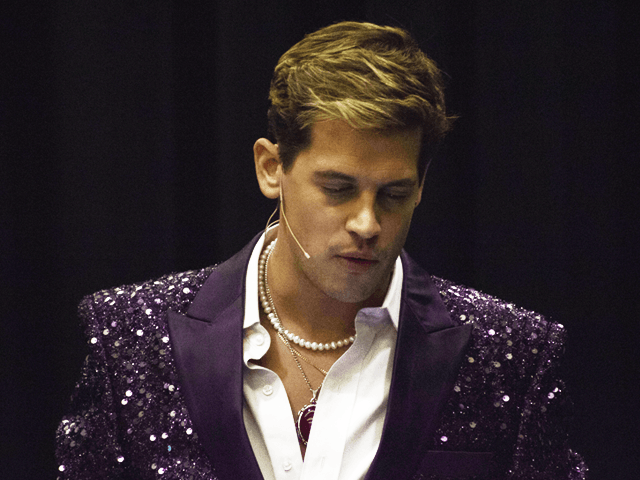 MILO: Mainstream Conservatism Is The Answer

Admittedly, I was never a fan of MILO.

As time goes by, I am less and less of a fan. Why was MILO ever associated with the Alt-Right?

“White pride, white nationalism, white supremacy isn’t the way to go,” he continued. “The way to go is reminding them and yourselves that you should be aspiring to values and to ideas.”

As for identity politics, MILO’s brand is being a flamboyant avant-garde homosexual, a kind of mainstream conservative Liberace. He hosted a “Gays for Trump” party at the RNC. He had lurid photos from Lucian Wintrich’s “Twinks for Trump” photoshoot plastered all over the wall. MILO doesn’t want to mainstream White identity politics. Instead, what he is trying to do is make homosexuality more acceptable on the Right. It is Ben Shapiro conservatism except with twinks, blood baths and fancy clothes.

Forget White Nationalism. What does this have to do with populism or nationalism or Western civilizaton? I can’t stand the narcissism, materialism or the firehose of homosexuality:

Some kind of racist that just got railed for 18 hours in a hotel room by his black boyfriend. You fucking morons.”

FYI, he’s not proud of his race. Instead, MILO boasts about his clothes and getting railed for 18 hours in his hotel room by his black boyfriend. That inoculates him against the charge of racism. He’s called a racist anyway and people are even being shot at his events now. No matter. He desperately wants the world to know that he is getting gangbanged by lots and lots of black guys. (Emphasis Added)

Oh, and conservatism is the answer!

Note: I read lots of conservatives. Maybe it is just me, but I would take Rod Dreher over MILO any day. If we are going to have conservatism, I prefer the pro-family, non-pozzed version.