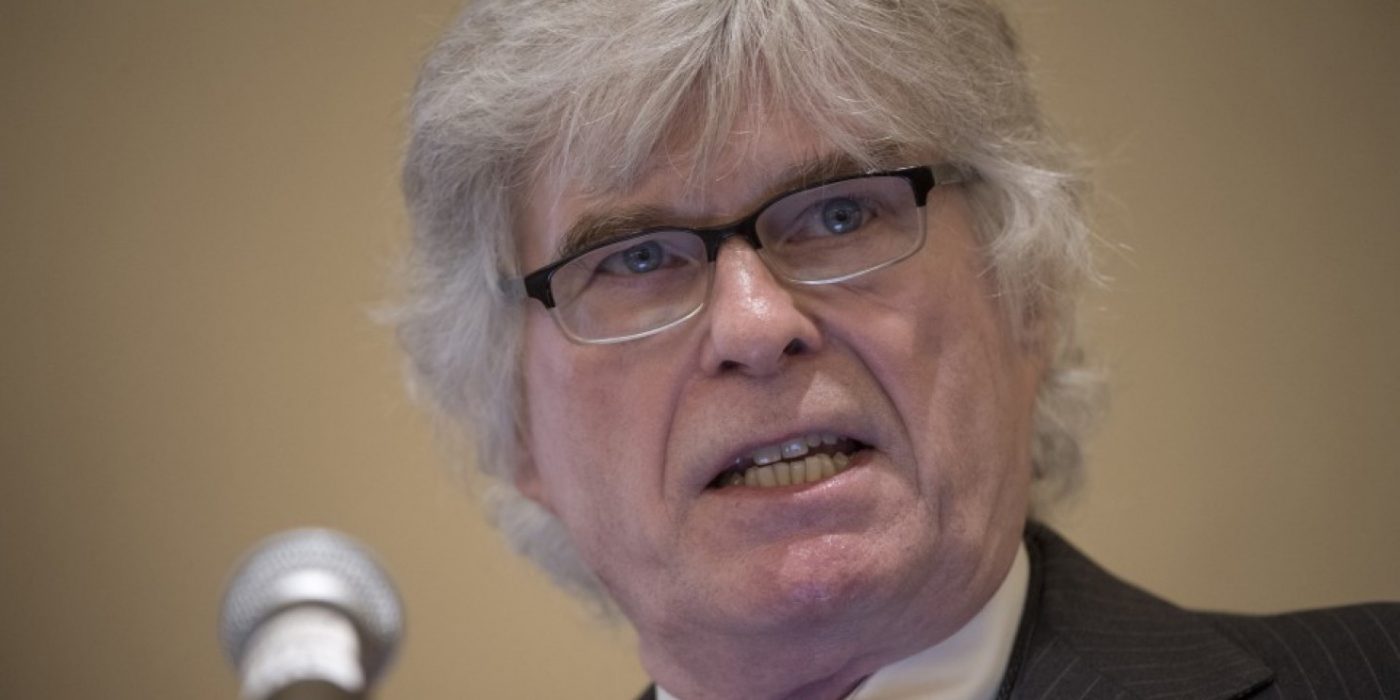 Why I Don’t Believe In Civic Nationalism

The Trump administration has arrived in Washington.

We’ve been told that the meaning of Make America Great Again is uniting around “civic nationalism.” As the theory goes, we’re all Americans born in the same country with the same rights and freedoms, and we should value our American citizenship and find a new solidarity in the common bond of American patriotism. President Trump said in the inaugural speech, “we all enjoy the same glorious freedoms, and we all salute the same great American flag. And whether a child is born in the urban sprawl of Detroit or the wind-swept plains of Nebraska, they look up at the same night sky.”

Is that really true though? Do we all enjoy the same rights and freedoms?

“A small organization, which calls diversity “a vulnerability” and immigration — both legal and illegal — the driving force toward the country’s bankruptcy, was supposed to hold its first-ever national conference at a Northern California resort this spring.

But Tenaya Lodge, a resort on the border of Yosemite National Park, canceled the booking after receiving complaints about the organization’s views.

VDARE Foundation, a supporter of President Trump, describes itself as a nonprofit “journalistic enterprise” that publishes analysis and editorial commentary to “preserve and celebrate the distinctive culture of America.” …

But the conference, scheduled for March 31 to April 2, was abruptly canceled after two organizations, the Southern Poverty Law Center and Media Matters for America, a liberal research center, published two articles Monday criticizing the event and prompting complaint calls to Tenaya Lodge. Brimelow said the resort’s sales manager told her that Tenaya Lodge was being called a white supremacist “for doing business with us.”

I dispute the idea that we all have the same rights and freedoms. Instead, I say we have a Thought Police.

From where I am standing, it looks to me like the Alt-Right community has been denied those rights and freedoms for decades. We are subjected to harassment by our political enemies. We have to put up with employment discrimination. We are routinely denied access to public accommodations like renting hotel conference rooms for political reasons. We are denied the right to assemble. The Left has even recently taken to debating whether or not we should be subjected to vigilante violence in the streets.

Why should I believe in the concept of “civil rights”? The Civil Rights Movement was supposed to be about securing “civil rights” for the black community, which is to say, ending employment discrimination, vigilante violence like lynchings, opening up public accommodations like access to hotel rooms. Fifty years later, the same people who champion “civil rights” have changed their position, and now advocate denying our community “civil rights.” Instead of fighting against employment discrimination, they practice it. Instead of fighting to open up public accommodations, they fight to restrict access. Instead of practicing nonviolence and tolerance, they are thugs who beat up people, riot and smash windows in Starbucks. These people are plainly engaged in an open criminal conspiracy to deny their “fellow Americans” their constitutional rights.

Let me give you just one poignant example of why civic nationalism doesn’t work: last week, I traveled to Washington, DC from Alabama to attend the inauguration of the president of the United States, but the Left has become so violent and intolerant in this country that it was too dangerous to bring my son along. Those of us who attended the Trump Inauguration had to pass through several levels of TSA security. We had to be caged in like animals in order to be protected from our domestic enemies who were rioting in the streets of Washington, DC and violently assaulting random people. A mob of over 1,000 people attempted to violently shut down the Deploraball which they had planned to disrupt with butyric acid bombs.

A day later, the so-called Women’s March was held in Washington, DC, but the barriers that we had to put up with during the Trump Inauguration were torn down. Hundreds of thousands of women paraded through Washington dressed up like a set of genitals, but there were no Alt-Right or White Nationalist mobs rioting in the streets. There were no mainstream conservatives violently assaulting people or attempting to intimidate their “fellow Americans.” As far as I can tell, there was no effort on the part of the Right, whether in Washington, DC or elsewhere in the United States, to disrupt the Women’s March.

Isn’t it about time we discussed the real problem? The Left does not believe in civic nationalism. They do not believe that all Americans should enjoy equal rights to freedom. Instead, they believe that social justice requires that certain classes of citizens – this is the demonology they call the “progressive stack,” which privileges “oppressed groups” above the cishet White males who are the source of all evil in the world – should enjoy those rights and freedoms. Everyone else should be tolerated in a descending order with the Alt-Right and White Nationalists at the absolute bottom of the social justice hierarchy.

Let us dispense with the fanciful idea that there are mobs of Klansmen and Neo-Nazis hundreds, if not thousands strong, who are shutting down free speech on college campuses, blocking interstates, disrupting conferences or rioting in our major cities. This boogeyman simply does not exist. It is the Left that refuses to tolerate, say, a Ben Shapiro or a MILO speaking on a college campus. This is a problem which doesn’t simply affect the Alt-Right community. There are mainstream conservatives who are employed all over the country, particularly in academia, who are terrified of expressing their political views.

The comeback will be: the Alt-Right doesn’t believe in the liberal consensus, so what are you complaining about? Isn’t that hypocritical? Why should we believe in liberalism anymore though? The Left is no longer synonymous with liberalism. It has mutated and become something else altogether. It has been infected by nasty strains of Marxism, postmodernism, critical race theory, etc. What do you think the modern Left would have to say about Thomas Jefferson, a slaveowner, or even FDR, who never challenged Southern segregation? The modern progressive would likely find his or her liberal predecessors even more objectionable than President Donald Trump or the Alt-Right.

Let us review some of the things the modern progressive has come to reject:

As I explained yesterday, Americanism used to be an amalgam of whiteness, Christianity and liberal republicanism. By 2000, the Left had already jettisoned the first two points of national solidarity. In the name of “social justice,” it has now thrown off the shackles of “civic nationalism” or liberal republicanism and declared itself to be a new orthodoxy which everyone on the Right must conform to or else. This is no longer even liberalism in any real sense of the term.

I could keep this on loop all day pic.twitter.com/oaRvPSNpLd

So much for “reason.”

Civic nationalism is a failure because half of the “mainstream” has already rejected it. It is ironic that we are the ones who are being condemned as being beyond the pale for illiberalism. I’ve never assaulted anyone for political reasons, rioted, spit on or thrown garbage at anyone, broken the law, cried and demanded the censorship of the media, campaigned to get someone fired from their job, harassed a hotel hosting a leftwing conference, viciously slandered a police officer doing his job, conspired to harm others or deny them their constitutional rights or disturbed the peace of my community and the world.

In spite of what some mainstream conservatives like to say, there is no equivalence between the Alt-Right and SJWs. You don’t see AltRight.com trying to shut these people down or silence these crying snowflakes. We’re more than willing to engage with them because we can beat their arguments. If “civic nationalism” is going to succeed in this country, there must be an equal playing field though. As American citizens, we must be able to enjoy all the same rights and freedoms as our political opponents.

I hope the Trump administration is listening. All we are reasonably asking for is what should already be rightfully ours. The double standard we have endured for so many years cannot be allowed to continue.