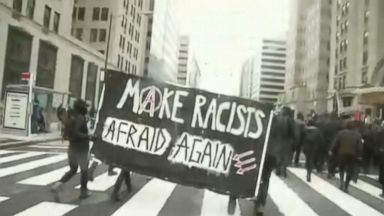 It is getting really tiresome:

“It’s all but a dead letter now, but this little photo montage from Twitter should suffice to demonstrate why the American Alt-White’s Master Plan to embrace a long-defunct German political ideology was, in a word, retarded.

Is it fair? Not particularly. So what? It’s funny and effective. It is excellent rhetoric. It’s the first time the Left has outmemed the Right in ages, and all because some amateurs thought they were playing underwater 5D chess. Sometimes, what looks stupid is just stupid. …”

1.) Someone was actually shot at MILO’s event in Seattle. These same people have shut down countless MILO events on college campuses. They attacked Martin Shkreli with flying dog feces. The antifa even attacked the SPLC Hatewatch reporter in Seattle.

2.) Lauren Southern was accosted outside the Deploraball and had to dodge flying rotten eggs.

4.) Gavin McInnes got into a fight with antifa at the Deploraball.

5.) Multiple people were assaulted outside the Deploraball including one young man who had his head busted wide open.

6.) Frank Luntz was attacked at the DC Marriott for fascism.

7.) The antifa tried to beat up Tomi Lahren in Washington, DC.

8.) Countless ordinary Trump supporters and people on their way to work were attacked by antifa in DC.

9.) The antifa attacked Starbucks, McDonalds, Bank of America and even trash cans.

11.) The antifa have been attacking us for decades now. They even attacked my wife at a picnic in St. Louis when she was 15-years-old.

12.) The antifa were distributing stickers outside the Deploraball which said “NO! Stop Trump/Pence #NoFascistUSA.” In their view, President Donald Trump is a fascist, and everyone who supports him is a racist which justifies the use of violence against them.

The Left is currently in a bloodthirsty mood because Trump won the election. As Richard has said, there has been a change in their behavior. They have been psychologically wounded by Trump’s victory. Many of us have been doing this for years now including hosting conferences in DC, but we have never seen anything like the amount of leftwing violence we have seen over the past week.

If you don’t want to be a Nazi, then fine. Don’t be one. I’m not a Nazi either. The same Neo-Nazis have been around for years now, but they aren’t responsible for what we are seeing. What this is really about is that antifa are psychologically experiencing a sense of loss of power and are violently lashing out in rage.

Note: If either Vox Day or Cernovich had wanted to find a fight in Washington, DC, they could have easily found one. This is all about President Trump, not Richard Spencer.