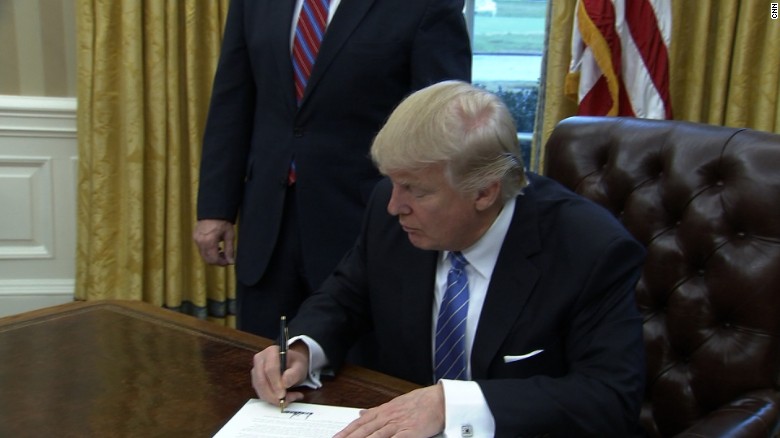 Throughout the 2016 campaign, the Left insisted that President Trump was only pretending to oppose TPP:

“Washington (CNN)President Donald Trump on Monday will start to unravel the behemoth trade deal he inherited from his predecessor, as he signed an executive action to withdraw from the negotiating process of the Trans-Pacific Partnership.

That executive action sends signals to Democrats and leaders in foreign capitals around the world that Trump’s rhetoric on trade during the campaign is turning into action. Trump vowed during the campaign to withdraw the US from the Pacific trade deal, commonly known as TPP, which he argued was harmful to American workers and manufacturing. …”

George W. Bush, Barack Obama and Hillary Clinton wouldn’t have killed TPP in a million years. Unlike Obama, it turns out he was also serious about renegotiating NAFTA with Canada and Mexico. Obama campaigned on renegotiating NAFTA and free trade agreements and only signed more of them.