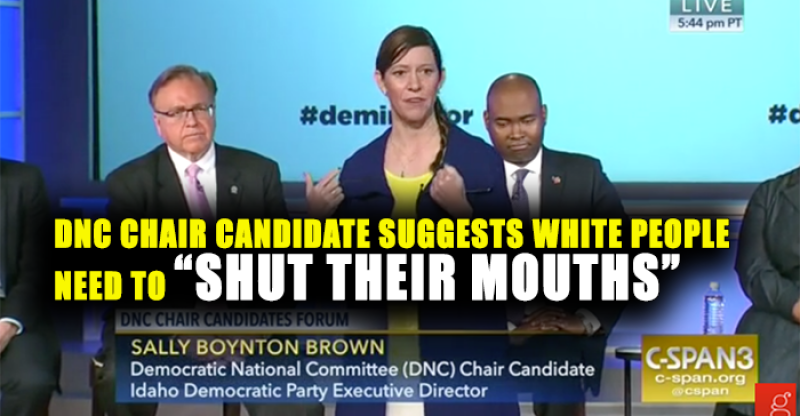 DNC Chairman Candidate: “My Job Is to Shut Other White People Down”

So, Keith Ellison has ties to the Nation of Islam and once supported the creation of a black ethnostate, and Sally Boynton Brown sees her job as “shutting other White people down” as DNC Chairman: