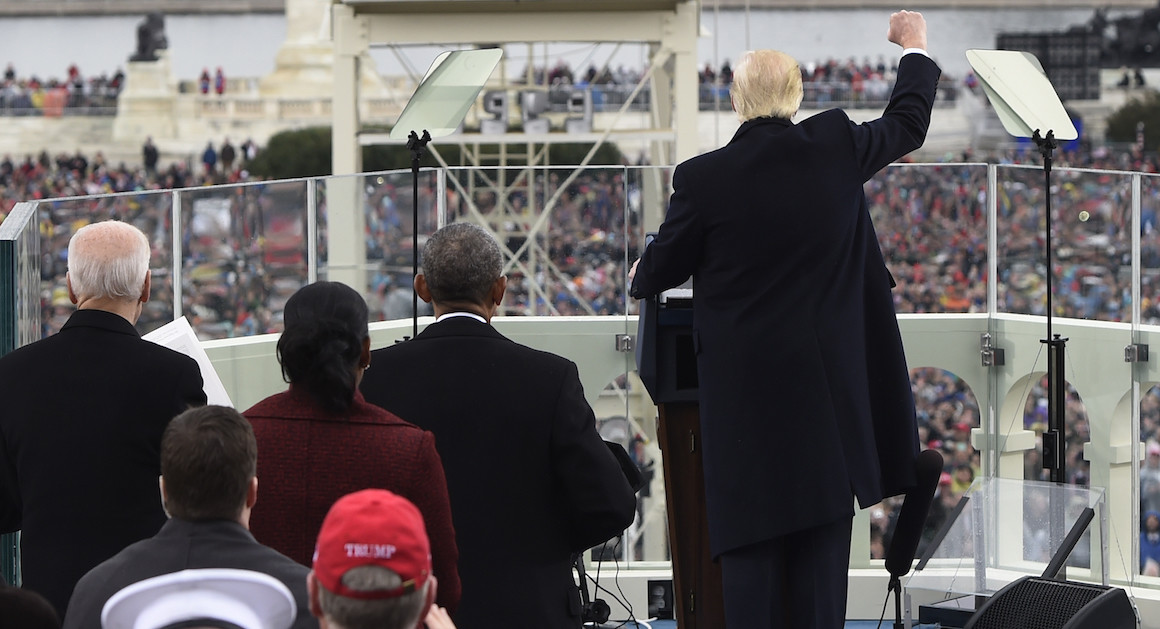 My Trump inauguration experience was a family affair.

I traveled to Washington, DC with my wife, met up with family in Fredericksburg, and stayed with family through the duration of the festivities. Because of the leftwing violence, it was too dangerous to bring my son to Washington, DC to see the inauguration of the president of the United States. Although I met up with a few Southern Rights friends in DC, I didn’t get the chance to accomplish all that I set out to do.

While La Résistance was active elsewhere in Washington, I never came across them. I never saw them on the Metro. I never saw them in the streets. I didn’t see them on the National Mall during the inauguration. Unlike Richard Spencer, they didn’t bother me in any restaurant or attack me in the streets. At one point, we went into DC to check out the action outside the #Deploraball, but by the time we got around all the barriers it was over. After the inauguration, we went to Dupont Circle to see La Résistance and saw nothing there either. Eventually, I got tired of walking around DC in my civil rights marching boots and crashed at our hotel room. By the time I woke up, I had to return home. Dang.

I’m assuming my DC experience was typical of the average Trump supporter. I was standing in the crowd on the National Mall when I heard that antifa had smashed windows at Bank of America, Starbucks and a McDonald’s. After standing there for hours, I was tired and didn’t feel like checking it out, so we took the Metro back to Arlington and ate lunch at a diner in Clarendon. The highlights of my trip include three black girls running through the streets screaming “f*** Trump,” some anti-Trump graffiti that I spotted in Anacostia, a few women jogging around with “Love Trumps Hate” signs and a blue haired lesbian that we saw in Dupont Circle walking around with a “Not My President” sign. We also saw Norbert Hofer of the Austrian Freedom Party at the Cannon House Office Building.

As for the Trump inauguration itself, I thought it went better than expected. I really enjoyed booing Hillary Clinton and Chuck Schumer on the National Mall. I enjoyed the national populist inauguration speech except for the throwaway line about how “we all bleed red.” The violent anarchists and antifa sowing chaos in the streets of DC bleed red, but they are still domestic enemies. They aren’t going to have a change of heart and a strong hand will be required to put down their insurrectionary violence.

President Donald Trump swore an oath to support and defend the Constitution from its domestic and foreign enemies. I wanted to be there to witness that moment in history because the domestic enemy is violent leftwing antifa and the foreign enemy is Islamic terrorism. He swore an oath to wipe them out “without any mental reservation or purpose of evasion.” He already appears to be taking the duties of his office seriously. During the inauguration speech, President Trump told us their crap was over and the hour of action had arrived and he has consistently said all along that law and order will be restored.

I left Washington, DC feeling optimistic about the future. To be honest, I’m feeling a bit white pilled at the moment after months of anxiety. It’s a difficult thing to trust a president after we have been betrayed so many times, but President Trump called out ‘civil rights icon’ John Lewis, continues to call out the fake news outlets and has signaled to the violent antifa that he will shut their **** down with no exceptions.

What is there to complain about? President Trump has been on a roll lately.

Note: I’m not saying he has been flawless, but the good outweighs the bad right now. This is his first week. Let’s give him a chance and see what he does in the first 100 days.

TopicsDonald Trump
Share on FacebookShare on TwitterShare on RedditShare on VKontakte