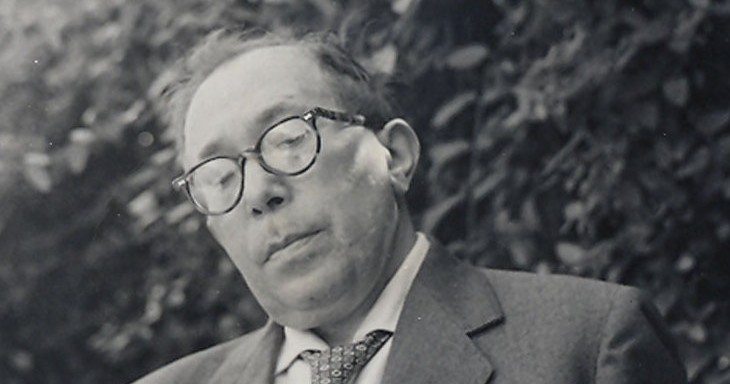 I am advocating that the alt-right become the elites and philosopher kings that speak exoterically to the White American masses to mask our own particularist cause – the preservation of White Americans.

Leo Strauss is an important 20th century thinker on the American Right, particularly the neoconservative movement. He had a very strong Jewish identity, and viewed his philosophy as a means of ensuring Jewish survival in the Diaspora. Strauss believed that liberalism was good for Jews because the illiberal alternatives on the left (Communism) and the right (Nazism) became extremely hostile towards Jews. However, Strauss believed that liberalism was not ideal because liberal societies tended to break down group loyalties and group distinctiveness – both which are essential for the survival of Jews. As an identitarian, I too am concerned about the preservation of my White, that is to say European, identity within a liberal society. As we have seen with liberalism, it has led to the deracination of our people through globalism, immigration, and multiculturalism. With the ascendancy of Donald J. Trump, we now find ourselves with a unique opportunity to combat the forces that ultimately aim to destroy us.

The Rise of Trump

Donald Trump’s ascendancy all the way to the White House has opened an opportunity for the alt-right movement to finally move into the world of actual politics. Firstly, Donald Trump and his brand of civic nationalism, Trumpism, has done away with conservatism, which is nothing more than a strand of liberalism. To be fair, civic nationalism is also entirely congruent with liberalism since it posits that anyone can technically become an American as long as they follow the proper channels to immigrate here legally.

However, civic nationalism is a step towards ethno-nationalism, which ceases to be liberal. Secondly, Trumpism has tapped into the heart and mind of White America and unleashed a massive wave of populism. We in the alt-right have already benefited from this wave of populism. In particular, we have grown in size and popularity over the course of the past year. Finally, not only has Trumpism ‘activated’ White America, but it has also proven itself to be a winning strategy as Trump has broken through blue state strongholds to achieve electoral victory. I propose we ride this wave of Trumpism as far as it can possibly take us. However, we must be smart about it.

Having gotten to interact with many Trump supporters over the course of the past year, particularly those in real life who are not self-proclaimed members of the alt-right, I can tell you that these people are not prepared for White Nationalism. In fact, most of them will probably never become full-blown identitarians. While the overwhelming majority of Trump supporters are White, there were a substantial number of non-Whites who came out to support Trump this past election (more than Romney for both Blacks and Hispanics in fact).

Unfortunately, and in addition, many of the Whites who do support Trump often display cucky behaviors (trans-racial adoption, miscegenation, DemsRRealRacists, etc). However, this coalition of people all rallied behind the politics of Donald Trump. This is quite spectacular because he was compared to Hitler on a daily basis, accused of having ties to the alt-right, and was even called a racist by members of his own party.

These Trump supporters have not deconstructed racism like we have and they will often go out of their way to signal how ‘anti-racist’ they are because they view ‘being racist’ as a very bad thing. Yet we in the alt-right find ourselves within this Trumpist coalition of decent people despite being the most deplorable of them all! It really was quite the phenomenon, seeing normal everyday American conservatives interacting with the alt-right (who had all but given up mainstream politics up until Trump). There were even instances where the lines had been blurred between the normies and the alt-right and you couldn’t tell what camp the people fell in. This is our entry point to the world of politics and exercising power.

The Alt Right and Strauss

Strauss was ultimately not a liberal. He held the belief that inequalities exist amongst people and were inevitable, and he advocated rule by an aristocratic elite who pay lip service to the masses while not actually sharing their beliefs. Given that Strauss was very concerned about Jewish survival, it is reasonable to assume that Strauss believed that this aristocracy would serve Jewish interests. I think we can all agree that it is time for an aristocracy that serves our interests.

The rhetoric of Trumpism is exoteric in that is morally universalistic. ‘American’ has become such a diluted nationality that it really doesn’t mean anything to be an American Nationalist, since technically anyone can become an American. This is the language that the coalition of Trump voters rallied around because it is a nationalism for all Americans. It is not explicitly White American Nationalism. As I stated earlier, your average Trump supporter is never going to become an identitarian or White Nationalist. However, they will rally behind Trumpism. They will support White Nationalist policies such as deporting illegal immigrants, building a wall, banning Muslims, and introducing a moratorium on immigration.

Strauss espoused moral universalism as a veneer for his vision of a hierarchical society where the masses were ruled by elites. I am advocating that the alt-right become the elites and philosopher kings that speak exoterically to the White American masses to mask our own particularist cause – the preservation of White Americans. Now go forth dear reader, and infiltrate the institutions. Stoke the flames of Trumpism to keep it alive, and in doing so we can ride this wave of populism to victory.