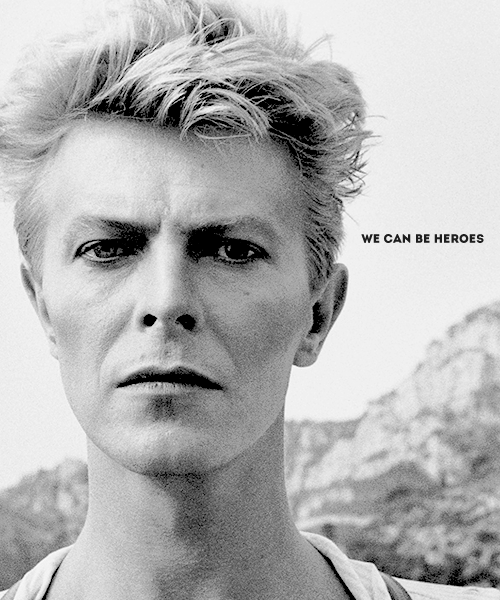 “It’s not the side effects of the cocaine,” sang David Bowie on the eponymous named album Station to Station. Which is the opposite of what the late rocker would claim about some of his rather outre political statements from the 1970s. That being said, Bowie’s flirtation with fascist symbols and “far right” rhetoric tells us more about the vacuity of the 1960s “counterculture” and its inability to give birth to anything more meaningful than a boring new artistic and intellectual orthodoxy which still plagues us today.

With his own caveats out of the way, let’s explore the Thin White Duke’s critique of liberalism on its own merits. For Bowie, rock and roll was about shaking the artistic cobwebs off of his time. Here’s how he characterized its original goals in 1975:

“The original aim of rock and roll when it first came out was to establish an alternative media speak voice for people who had neither the power nor advantage to infiltrate any other media or carry any weight and cornily enough, people really needed rock and roll.

And what we said was that we were only using rock and roll to express our vehement arguments against the conditions we find ourselves in, and we promise that we will do something to change the world from how it was. We will use rock and roll as a springboard.

But it’s just become one more whirling deity, right? Going round that never-decreasing circle. And rock and roll is dead.”

Rock in the seventies had become just another part of the panorama liberal culture at the time. Disco, which was just emerging, was described by Bowie in another interview as merely being a “dirge” (despite his own success with the format). But what were these dirges for?

“There’s some form of ghost force liberalism permeating the air in America, but it’s got to go, because it’s got no foundation at all, apart from a set of laws that were established way back in the bloody ’50s and early ’60s…”

This is a statement that could easily have been made at Radix or any other identitarian/alt-right publication today. Regardless of whether these were Bowie’s actual thoughts, they betray a true artist’s implicit understanding of his era. A mark of artistic genius is to reflect one’s times back in a meaningful statement. For Bowie, this manifested itself in being on the cutting edge of every new “rock” movement from psychedelia to new wave.

If Bowie gave us hymns to celebrity or top-of-the charts disco dirges, it was in reflection of our own culture’s debased values. As Bowie reflected:

“This whole particular period of civilisation … it’s not even decadent. We’ve never had true decadence yet. It borders on Philistine, really.”

When we get philistine art, it’s because we allow philistine tastes to rule us. From Tracey Emin to Star Wars our culture has become a self indulgent swamp for that “ghost” liberalism. Bowie, of course, flirted with imagery and lyrics from the far right to shock this moribund husk.

Bowie showed real prescience about the nature of a mass media’s effect on the inner life of it’s consumers as well. From the same 1975 interview:

The simulacrums used to stimulate, sterilize. The hegemonic media of Bowie’s age has only grown to a galaxy in our own times. Atomizing and alienating who we are from our own identites. But all hope is not lost.

Through our own trolling, culture jamming, and identitarian situationist actions we have started to fight back. Like Bowie, we shock the “mainstream” mandarins of managerial multiculturalism. Unlike Bowie, we don’t represent merely ourselves but a new cultural counter attack he prophesied back in the ’70s (even if he wasn’t “serious”).

In Archeofuturism, Guillaume Faye argues that rock will stay around because of its chameleon-like nature. Nobody embodied that more than Bowie. And it’s because of this that we can reinterpret aspects of his work in an identitarian manner. Over at the usual places, you will find peans about how Bowie made it cool to be “weird.” What’s left out is that he once made it cool to be “fascist”—or at least to dabble in far right-of-center ideas. It’s something most want to sweep under the rug.

Then again, it’s cool to be underground. Let’s embrace the Thin White Duke if for just throwing some of his own fashy statements back at the (now grown) children he despaired of in the 70s.

The days of the Thin White Duke who once sought to “make sure white stays” are over. But for us, our fight has only just begun. “We can be Heroes,” he sang, yes we can. And to close with some watchwords from the Duke for all of us Alt Right Don Quixotes out there:

”I don’t know where I’m going from here, but I promise it won’t be boring.”

TopicsDavid BowieMusicRadix
Share on FacebookShare on TwitterShare on RedditShare on VKontakte