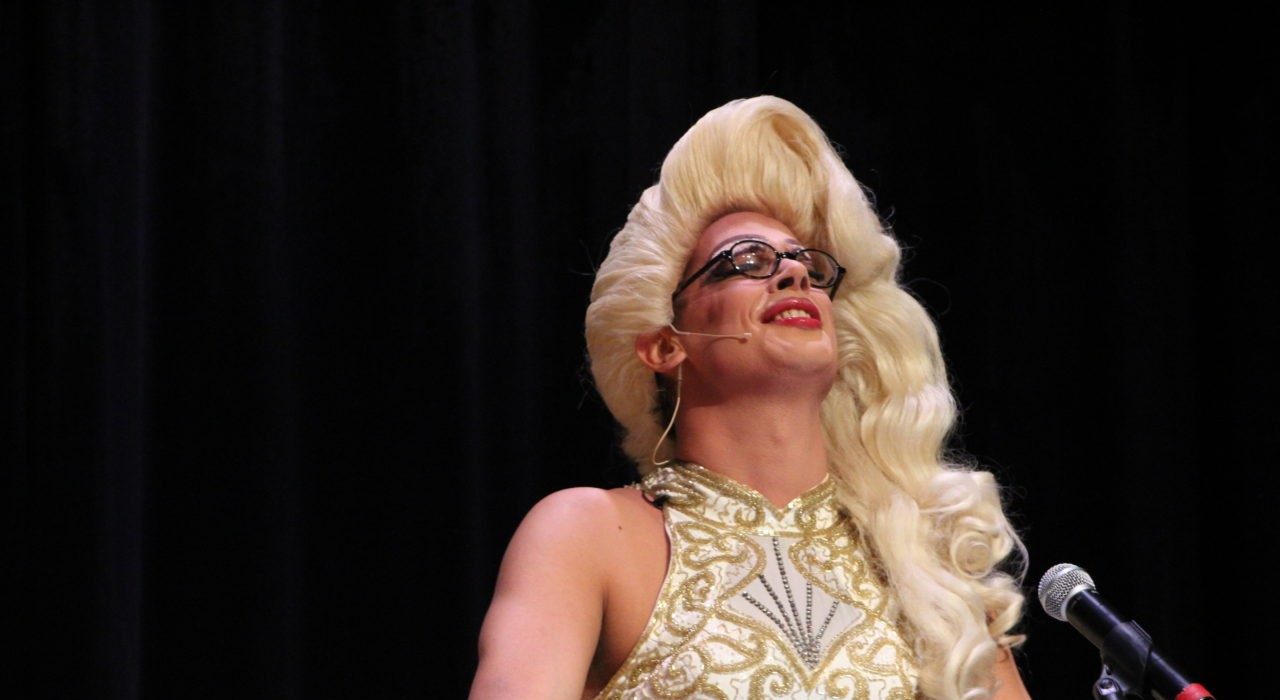 Politico: The Alt-Right Comes To Washington

Ben Schreckinger has a great article on the Alt-Right in Politico:

“East Lansing, Michigan—Lounging at the back of his tour bus in a parking lot behind the Springhill Suites, Milo Yiannopoulos, the flamboyant right-wing British provocateur known for his bleach-blond frosted tips and relentless campaign against Islam, munched on a whole cucumber protruding from a paper bowl of raw vegetables and made plans for a party. He had just been asked to host “DeploraBall,” an unofficial celebration planned for the presidential inauguration weekend. Yiannopoulos described his vision for the event: As guests entered the National Press Club, shirtless Mexican laborers would be building a physical wall around them. Instead of doves, Yiannopoulos would release 500 live frogs in honor of Pepe, the cartoon mascot of pro-Donald Trump internet trolls. The room would be lined with oil portraits in gilt frames, each depicting a celebrity who had vowed to leave the country in the event of Trump’s election. At the end of the night, the portraits would be thrown into a bonfire and burned. Yiannopoulos would send a bill for the party to the Mexican Embassy. …”

Overall, it was light on the Alt-Right and heavy on the Alt-Lite, but otherwise I enjoyed reading it. I’ve known the most prominent figures in the Alt-Right for several years now. I’m not familiar with these Alt-Lite people. I had never heard of any of them until a year or so ago. They identified with the Alt-Right for maybe a few months at most during the Trump campaign:

“The feeling does not appear to be mutual. Many figures in the movement now disdain the term “alt-right,” refuse to consider themselves “alt-light” and wish Spencer would just go away. “Not interested in appearing in any piece alongside Spencer et al.,” wrote Yiannopoulos in a text message rebuffing an interview request. “We have nothing in common.” …

Sporting black nail polish and black sequined pants with a black shawl, Yiannopoulos, 32, huddled at a standing desk with his young roadies, who dressed and looked like college sophomores, to plan the night’s show. …

Inside, Yiannopoulos stood between plaster Doric columns and sipped Budweiser through a straw. Wearing black lipstick and a crown of faux gold laurels, he stood before a crowd of a couple hundred college students and painted Islam as a totalitarian political ideology and an existential threat to Western freedoms. A Cambridge University dropout who describes himself as a free speech absolutist, Yiannopoulos is doubly hostile to Muslims because of his homosexuality and Greek heritage. “I have family in Cyprus,” he lamented. “They took our fucking orange groves.” …

“I’m like Cincinnatus,” he said, comparing himself to the 5th century B.C. patrician who was appointed dictator of Rome to repel an invasion and promptly returned to civilian life after the crisis passed. “I want to go do this shit and go back to my fucking farm.” …

Cernovich now uses the label “new right” to describe himself. To refute those who lump him in with white nationalists, he pointed to his second wife, Shauna, a secular Muslim of Persian descent, who lounged behind us on a couch and jumped in and out of our conversation. (The non-European partner, for what it’s worth, has become a frequent defense among the more moderate alt-righters: Charles Johnson points to his Asian wife to counter charges of racism; Gavin McInnes points to his Native American wife; Yiannopoulos says he prefers to date black men.) Cernovich’s newborn daughter is named Cyra, after the Persian emperor Cyrus (a stocking with her name on it already hung over the fireplace). When a question arose about the birthplace of conspiracy theorist Alex Jones’ sidekick Paul Joseph Watson, Cernovich told his wife “Google it.” Then he backtracked. “Will you please Google it? I don’t just bark orders at you.” (“Northern Britain,” she chimed in later.)”

MILO as a black lipstick wearing Cincinnatus manning the ramparts to defend Western freedom from the totalitarian hordes of Islam had me in stitches. I’m thinking like, maybe, MILO as Caligula declaring war on Neptune and having Roman legions attack ocean waves and collect seashells as the spoils of victory, or definitely MILO as Elagabalus wearing wigs and prostituting himself in the brothels of Rome, or MILO as Nero marrying the boy Sporus in a public ceremony in front of the Roman Court:

“Nero, the flamboyant Roman emperor who ruled from 54 to 68 C.E., went so far as to marry two men, sequentially, in public ceremonies. Suetonius wrote of Nero’s first homosexual marriage: “Having tried to turn the boy Sporus into a girl by castration, he went through a wedding ceremony with him – dowry, bridal veil and all – which the whole Court attended; then brought him home, and treated him as a wife. He dressed Sporus in the fine clothes normally worn by an Empress and took him in his own litter … through the Street of Images at Rome, kissing him amorously now and then.” He later also married the freedman Doryphorus. Nero forced the Imperial Court to treat his male brides with the same courtesy bestowed upon his three heterosexual wives (first Octavia, whom he divorced on a trumped-up adultery charge and then put to death; then Poppaea, who died three years later; and finally Statilia Messalina.)

Homosexual weddings seemed to have increased during the first and second centuries, but were outlawed in 342. Some of the reactions to these weddings sound very much like those voiced today by conservatives facing gay and lesbian commitment ceremonies, domestic partnerships, and the possibility of legalized marriage.”

Can you imagine the triumph of Milo Yiannopoulos?

MILO is right when he says, ideologically speaking, that he doesn’t have much in common with the Alt-Right. He’s a gay mainstream conservative with a platform at Breitbart. #Deploraball is an explicitly gay event. The MILO brand is the same mainstream conservatism and cultural libertarianism – except for one thing, which is a really aggressive form of avant-garde homosexuality for the shock value.

The Alt-Right is not mainstream conservatism. At its core, mainstream conservatism in the United States is classical liberalism. Politically speaking, it is classical liberalism and an amalgam of other unrelated things and interest groups (i.e., fusionism) which have been brought into the ‘conservative coalition’ and blessed with the label ‘mainstream’. In order to qualify as ‘mainstream’ and ‘respectable’ in American public discourse, you have to play by the ground rules which are set by the Left, which is to say, embracing the fundamentals of their worldview and narrative (i.e., whiteness is illegitimate) and acknowledging that the half dozen or so -isms and -phobias they concocted in the 20th century are great moral failings.

We’re not going to play by their stupid rules anymore. In the months ahead, we will dive into what the Alt-Right is and how it came about and where it is going from here.