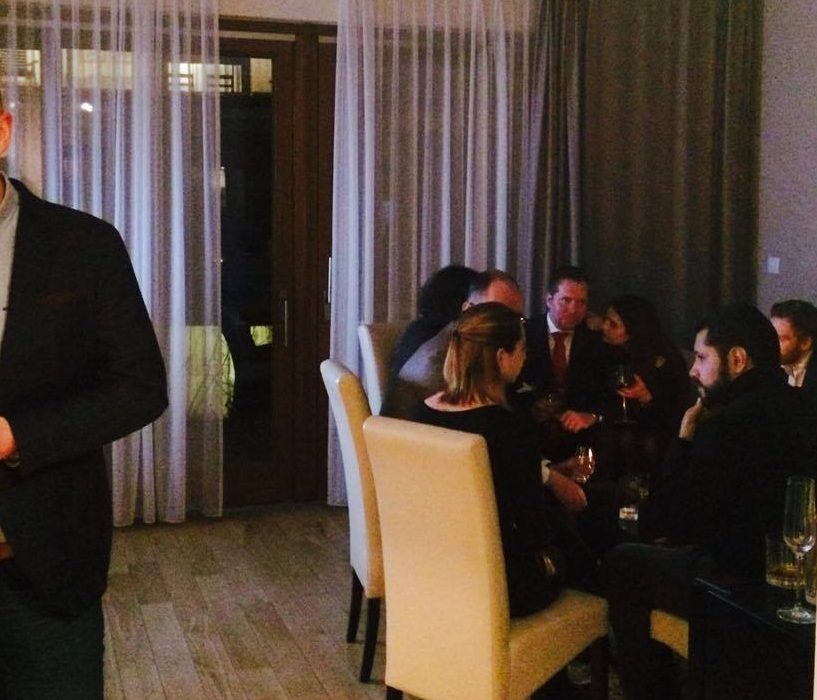 The alt-Right doesn’t need the media: they need us. The recent case of a “journalist” who tried to infiltrate the small alt-Right expat community in Budapest and embarrassed herself in the process shows this.

Expecting the Leftist media to stop lying about the alt-Right is like expecting buzzards to stop hovering around garbage trucks. From defamation to doxing, they’re going to pull out all the stops to destroy any threat to their (waning) power. While the MSM’s ability to influence the public is near-rock bottom—the U.S. president-elect is openly insulting them as “fake news” at his press conferences, for crying out loud—they still have considerable power to ruin peoples’ lives. One way you can fight back against them is to exploit the duplicity and fame-mongering of their younger (and dumber) members. Because young journalists are typically poorly-paid and lack the protections that established members of the media have, screwing with them is the easiest way to chip away at the media’s power.

Enter a young female reporter I’ll refer to simply as “L.” I first became aware of L. when Melissa Mészáros informed me that she would be attending the NPI conference last November. Melissa described her as a “crazy liberal woman” who was planning to “document the Right-wingers in Budapest for some kind of study” (a graduate thesis), and also said she was “quite pushy” and a “really weird obsessed woman.” Coincidentally, NPI’s Friday night gala was invaded and attacked by antifas, who’d been tipped off to our secret meeting location by a mole. I’m not accusing L. of ratting us out to her Left-wing buddies—there were several other Leftists in attendance, such as hygienically-challenged lesbian Hannah Gais, who could have done it instead—but I’m not saying she didn’t do it either.

After coming home from NPI’s dinner, I did some quick research on L. A cursory glance at her social media profiles showed her to be a typical upper middle-class dilettante “journalist,” financing her useless college degrees and Albanian sex tours with her parents’ money. Her CV was a long list of dinosaur media outlets and clickbait farms where she either interned or worked for pennies. In other words, someone not worth wasting my telomeres paying attention to… until I met her at Arktos CEO Daniel Friberg’s birthday party.

We tooled L., and we tooled her hard. This is our story.

I met L. in the kitchen of Daniel’s apartment. I didn’t know who she was and didn’t suspect her of being a mole: she’d grown her hair to shoulder-length and dressed like a woman in order to hide her red diaper baby genetics. My memory is fuzzy, but I recall introducing myself and talking about my plans for the next year before Daniel swept us both aside for a proper introduction. She was rather inebriated—Daniel had told me that he only allowed her to attend the party if she agreed to drink—and was very insistent about getting my contact info for a follow-up interview. I gave her my Hungarian phone number and she slithered off.

I didn’t personally witness what happened next, but everyone else at the party did. After helping herself to Daniel’s booze stash, L. went around the party flirting with him and other men in attendance. She then went nuts and flipped over Daniel’s coffee table, scattering several candles, nearly starting a fire and leaving burn marks on an $800 rug. After panicked partygoers put out the flames, Daniel attempted to eject L. for being drunk, belligerent and ruining his birthday. She attempted to physically fight him—hilarious when you consider that she’s a full foot shorter than him and maybe a third his weight—but when Daniel threatened to cut off her access to the Budapest nationalist community (and thus keep her from completing her thesis), she apologized profusely and begged him for mercy.

That was the last I figured I’d hear from L., but a couple days later, she emailed me requesting a one-on-one interview. I agreed, assuming she’d be good for some more entertainment. I chose to meet her at a quiet Czech restaurant so we could drink. I was ten minutes late in getting to the restaurant, by which point she’d already left, accusing me of making a “power play”: I had to text her to get her to come back.

Our meeting was hilariously awkward. She stormed back to the restaurant in a huff and was hostile for the first half of the interview, calling me out on my “racist” statements and alleging I had “no right to be” in Hungary. The highlight was when L. recounted her supposedly vicious abuse at the hands of Daniel and his compadres: she alleged that one of his guests tried to grope her breasts when she got to the party, that Daniel was manhandling her all night, and that she was sober for most of the party. After I stopped laughing, I then asked her why she didn’t leave due to all the abuse she was getting; she didn’t have an answer.

The interview became more friendly about 45 minutes in as I flattered L. (which she drunkenly admitted was her weakness), though she remained fiercely obstinate on some issues. For example, she refused to discuss her political views (Daniel had told me that getting her to admit her views to him was like pulling teeth). After she ended the formal interview, L. finally confessed off the record that she identified as an “anarchist.” We said goodbye and I went out to meet Daniel and another friend of ours.

Everyone else who interacted with L. in Budapest had the same impression of her: she was unstable and delusional. Melissa later told me that she’d insisted on trying to meet her in her hometown (which is about an hour outside of Budapest), refused to answer any questions about herself, and had also asked if Arktos Director John Morgan was a “Nazi.” I also learned from a third party that L. claimed that Daniel had tried to force her to kiss me at his party; when Daniel and I found out about this, we nearly laughed ourselves into aneurysms. Following my interview with L., Daniel warned the other alt-Righters in Budapest not to talk to her, so she can have fun trying to cobble together a graduate thesis from two interviews and a drunken spill at a party.

This is how you deal with Leftist journalists, if you have to deal with them at all. You’re not going to get a fair hearing from them, and you don’t need one: they need you in order to keep their pageviews up and their meager advertising revenues from collapsing entirely. When you need to deal with shitlibs, have fun with them. Show them that you’re not going to tolerate their nonsense. Our friend L. wasted god knows how much money on NPI and visiting Budapest hoping to write a halfwit Tom Wolfe-esque expose, and now she’s heading back to the U.S. empty-handed and humiliated. Tool enough of these wannabe Lydia Lunches and they’ll think twice before messing with us.