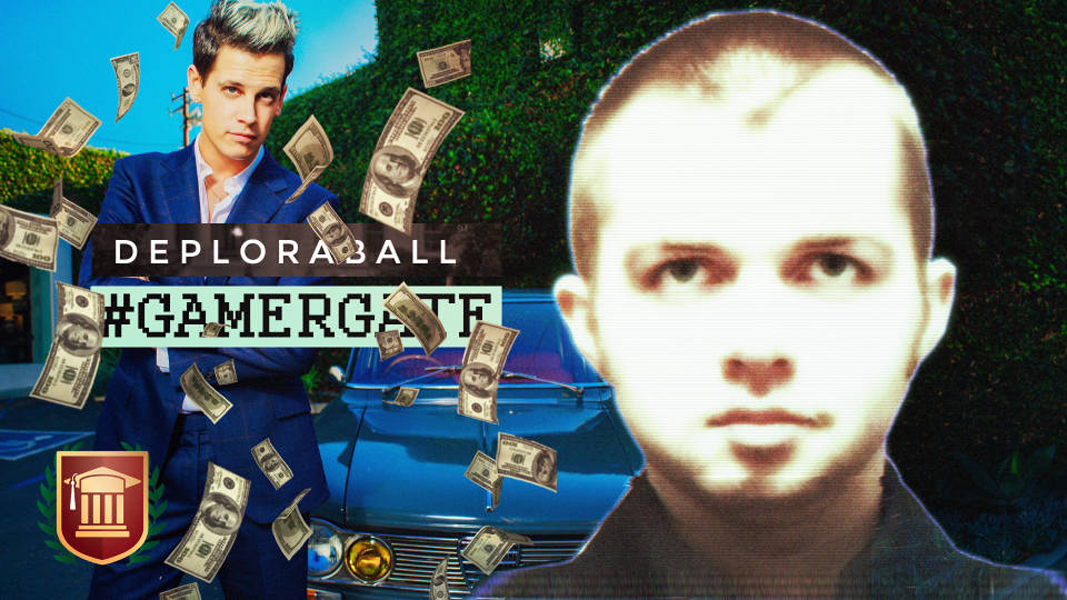 Nick is a gaming journalist who has worked for The Escapist Magazine and Gameranx. Intimately involved with GamerGate since its inception, he witnessed Milo’s rise to popularity firsthand.

We begin by discussing the history of GamerGate. Nick tells us how the growing prevalence of diversity propaganda in gaming journalism led to major pushback from fans. We learn how Milo Yiannopoulos appeared on the scene and used GamerGate to build a personal brand for himself. This leads to a consideration of Milo’s shady behavior. We discuss the suspicious details surrounding his White privilege grant, which Nick cites as the beginning of his apprehensions about Milo. We learn that Milo deposited the grant money into his personal bank account, and later attempted to pay someone off for drawing attention to this. The first hour also covers Milo’s true motivations, accusations of ghostwriting, and the DeploraBall drama.

In the members’ hour, we continue our discussion on Milo. We consider the ways in which Milo, a Jewish homosexual, uses his victim group membership to his advantage. Switching gears, we discuss his book deal, and ponder whether or not it will be written by ghostwriters. We discuss how Alt-Lite figures like Milo seem to be intent on occupying an “edgy, but not too edgy” niche, and do not want to fully pursue the truth. We then ponder what the next GamerGate will be, and if it’s already happening now. The members’ hour also explores the story of Brianna Wu, the end goal of diversity, and what the future holds for Milo.

Listen to the second hour of this show and get full access to our archives at http://redicemembers.com